David Castera is first and foremost a competitor, but more importantly, he’s someone who lives and breathes the Dakar and everything that goes with it. Navigation, as much as driving as fast as possible, is the name of the game and while some have voiced frustration during this year’s event about the rally director’s big rule change, one co-driver is revelling in using the ‘old-school’ roadbook now dictating directions.

Brought in last year as a trial before being implemented full-time for 2021, the roadbook – which unlike in the World Rally Championship, is the only piece of advance information crews get for the stage ahead of them – is handed out just 15 minutes before the start of the stage.

This is a marked change from previous years, whereby crews would receive the roadbook the night before, allowing far more preparation, studying of the route and in some cases, dedicated “map men” to in effect recce the stage during the hours of darkness.

Co-driver Michael Orr plied his trade in the WRC for many years before switching to cross-country rallying. For the Northern Irishman, the return of proper navigating is something he is relishing.

“A couple of years ago, it was a flat-out battle,” Orr says.

“Everybody kind of knew where they were going. People were using map men during the night, and these map men would look at it and advise co-drivers of difficult places, totally within the rules but exploiting the rules.

“So now David Castera, who knows the ins and outs of the rules of the sport better than anybody, wanted to try and bring back the old-school navigation challenges and he’s introduced new rules which has eliminated any preparation you can do before the stage.

“It’s a completely level playing field which is why a lot of people are getting caught out.”

Orr is a veteran of 143 WRC events and spent much of this time co-driving for fellow Dakar competitors Sheikh Khalid Al Qassimi and Yazeed Al Rajhi.

This year, Orr is contesting the Dakar in the Lightweight Prototype class of the side-by-side (SSV) category with Mansour Al Helei in a PH Sport-run Zephyr, the same type of buggy as compatriot and fellow ex-WRC man Kris Meeke.

Several drivers have expressed frustration at the navigational issues caused by the roadbook changes during the opening week of the Dakar, including double WRC champion and three-time Dakar winner Carlos Sainz, who labelled the rally as “more like a gymkhana than a rally raid”.

But for Orr, who doesn’t have the experience of the previous rules, he’s happy the way it is now.

“I’m new to the Dakar, I haven’t watched it from afar for many years now,” he explains.

“It actually suits me quite well because I haven’t been used to how it was before, so I’m just in and this is the way it’s been. I think you definitely need a proper co-driver onboard if you’re going to win the rally.

“I know Carlos wasn’t happy and I kind of get where he’s coming from a little bit because some of the places, it’s good to make it challenging and difficult, but sometimes there’s a little bit of luck involved and that’s not right. It shouldn’t be like that.

“Some of it is a bit of a lottery but generally, I would say from my side, I absolutely love the challenge of it. I’ve come from a WRC career where you have to be 100% perfect, 100% of the time, and [here] that’s just not the same and that was the biggest issue for me getting used to it when I first started. Sometimes, you’re not really sure where you are, and you have to kind of go with your gut instinct and hope that it works out alright.”

The adventure aspect of the Dakar is something which sets it and cross-country rallying in general apart from its stage counterparts and getting lost is generally part of the game. Rallies can be won or lost by navigation as much as they can by outright speed, something which Orr believes levels the competitive playing field.

“That’s what’s lacking in, let’s say, other forms of rallying,” he says.

“I enjoyed my time in the WRC, don’t get me wrong, but to me it all got a little bit stale and a little bit repetitive. And everybody knows every bit of every stage and the amount of pre-event work that everyone does, watching all the videos… to me that’s not the sport I got into. So, this has been a great chance for me to launch a new career.” 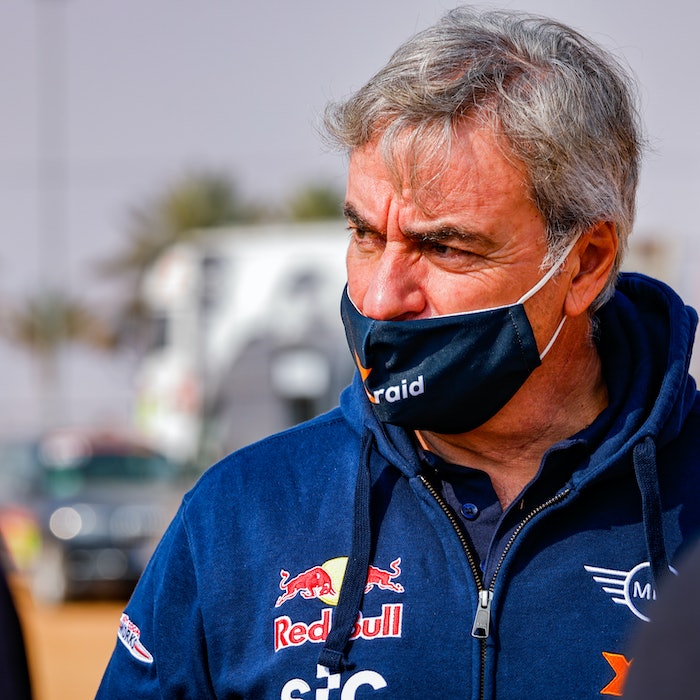 Make no mistake, stage rallying and cross-country could not be further apart. Orr compares it to “playing tennis all your life and then switching to squash”. The only real similarities are the car and getting from A to B on a special stage.

As for the actual navigation, Orr gives some fascinating insight into just how complex and volatile the task of getting through a stage – which can range between 150-300 miles – can be.

“In a WRC rally, the roadbook is purely used to get you from stage to stage and to use on the recce.

“But in Dakar, your roadbook is the only piece of information you have, so obviously we have no idea where we’re going from the moment we leave the startline and the roadbook dictates where we are going.

“It contains, in theory, everything we need. If you imagine, there might be 100 virtual waypoints that you have to visit in the desert, that’s how it’s tracked, so we have an onboard GPS system that tracks everything, gives us a compass bearing and speed, and where speed zones are, because there are quite a lot of speed zones if you are crossing main roads.

“So, that can be a tulip diagram like we have in a normal WRC roadbook or if we’re in the dunes, it can be a compass bearing. So, you enter a set of dunes and you are told that it’s a Cap 270 for 10 kilometers.”

The cap is the heading on the compass which indicates the direction of the car. During a stage, the degree of direction change is shown on the compass screen, letting crews know which path to follow. 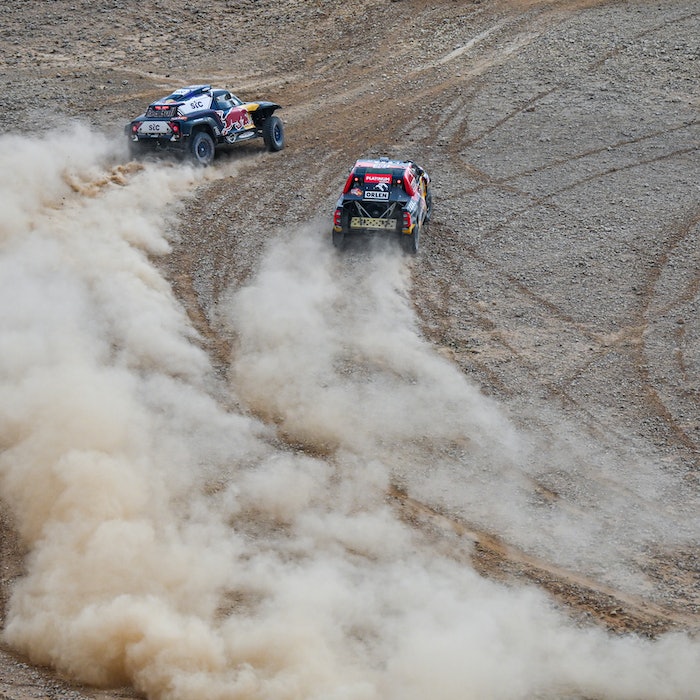 HOW NAVIGATION ISSUES ENDED UP SHORTENING A STAGE

“Between the pair of you, you have to try and stay on that Cap. Because at the end of that 10km, is one of these virtual waypoints which could be a 300m radius that you have to enter to collect the waypoint. So, if you’ve drifted a couple of degrees off, over the space of that 10km, you’ll arrive at the end and say ‘there’s no waypoint here’, so you’ll have to start searching in the desert for it, and the skill is trying to work out where it is.”

If that description leaves you slightly disoriented, just imagine what it’s like for the crews on the stage. These virtual waypoints are just that, virtual. There is nothing physical on the ground to aim for, so educated guesswork is a key part in finding your way.

That in itself, is a totally foreign concept to regular stage rally crews but as Orr explains, deviating from the onboard GPS is quite often necessary.

“Ideally you want to drive in a straight line but in reality, there will be a 30m high dune and you don’t want to go over it when you can go around it.

“So, it’s calculating: ‘okay, I’ve gone off Cap for so many meters, so I need to come back so many hundred meters and rejoin the original Cap.”

Currently, Orr and Al Helei lie 13th in the T3.1 class for Lightweight Prototypes, some two hours and 24 minutes away from the leader Seth Quintero following the seventh stage of the rally.

As ever with the Dakar, there are times where frustration over lost time and mechanical problems take over, but for Orr, he is able to take pleasure in venturing through landscapes largely untouched.

“The adventure part of it is fantastic, it’s hard to describe the places we’ve been in the last week. You’re driving in ravines in the middle of nowhere and you’re thinking: ‘Apart from the Dakar Rally, there’s probably been nobody else here, ever!’

“Even if you’ve gone through hell, fixing things and arriving seven hours after you started in the morning, although there’s frustration and disappointment, it’s quite a nice feeling. It’s like: ‘we’re here, let’s go again tomorrow’.”

Five stages now remain on this year’s Dakar, with the Saudi Arabian event reaching its conclusion on Friday.

The inside line from Prodrive’s first Dakar entry