The second round of the 2018 FIA F4 US Championship at Road Atlanta brought Benjamin Pedersen and Global Racing Group great results and most importantly, more championship points! Benjamin was able to achieve a win in Race 1, P4 in Race 2, and another podium finish at the conclusion of Race 3! The F4 teams shared the track with Formula Drift, which brought out a huge amount of spectators throughout the weekend!

Qualifying results placed Benjamin in 2nd position for the start of the first race of the weekend, barely missing Pole Position by only 0.025 of a second! During the qualifying session, Benjamin was setting the fastest lap times. With about 5 minutes left to go, one of the other competitors jumped to P1 by using his draft. Despite being pushed back to P2, Benjamin was still in a good position for the start of Race 1 and would be on the clean side of the track giving him the ability to utilize the draft throughout the first lap. 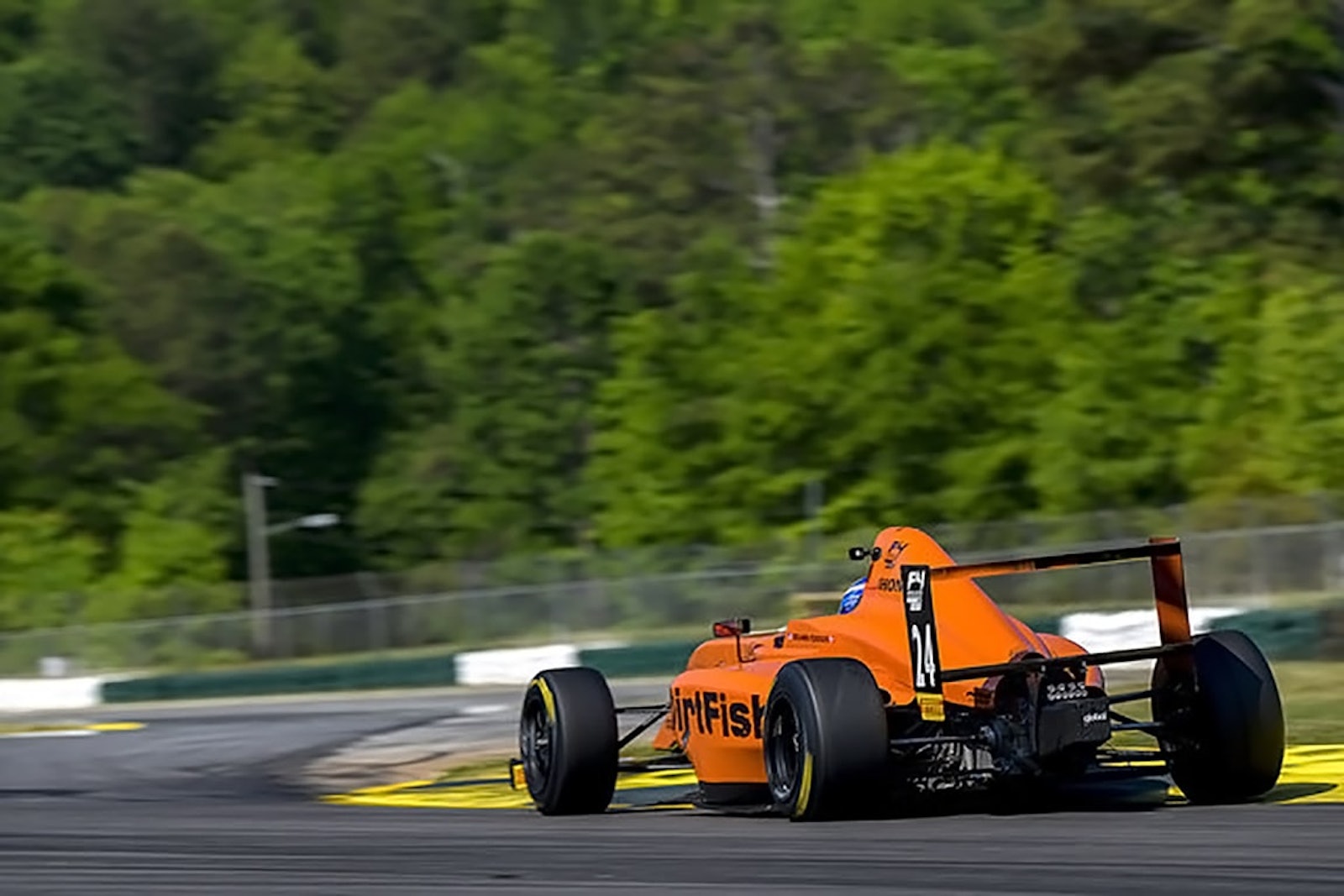 As the lights were about to go out at the start of Race 1, the abort lights came on, which signified that someone in the back of the field had not staged correctly for the race start. Because of that, the race would now be a 2×2 rolling start. As the green flag dropped, Benjamin immediately passed the driver in P1 and went straight to first place through the first turn and the opening lap of the race. During the first five laps, he pushed the car and himself hard, trying to increase the gap ahead of the rest of the field to make sure they weren’t able to use his draft to make a pass. As a result, he was able to maintain his lead for the rest of the race all the way to the finish line! Benjamin commented, “This result obviously couldn’t be much better in regards to championship points, the team and I were very happy with that race! In addition to this, there couldn’t have been a much better birthday present since that day was my 19th birthday!” To top it off, he had the fastest lap time during the race, which meant that he would be starting from Pole Positions in Race 2!

As the lights went out at the start of Race 2, Benjamin had a great launch off the line despite being on the dirty side of the track, which allowed him to maintain P1 for the opening lap. Unfortunately, on the back straight during the following laps, the drivers in P2 and P3 were able to utilize his draft and push him back to P3 about halfway through the race. Even though Benjamin chose used tires for this race, he still managed to have the 5th fastest lap during the race! As the checkered flag came out, he crossed the finish line in P4, which is still great for his championship standings!

Starting in 5th position at the start of Race 3 based on the fastest race two-lap time during Race 2, Benjamin knew he had his work cut out in order to get onto the podium. He was able to work his way up to P4 by the end of the first two laps, and continued at a fast pace later resulting in the fastest race lap time by 0.3 of a second! Unfortunately, on the 4th lap, a massive crash happened on the front straight in the middle of the field. That crash brought out an extended safety car period. Once the green flag dropped again, there were only about 9 minutes left in the race. Benjamin was able to drive his way up to P3 by the time the checkered flag came out. Despite this, P3 was still a great result after starting from P5. He was again able to lay down the fastest lap time during the race, showing him and the team that they had the pace to be on top of the podium! 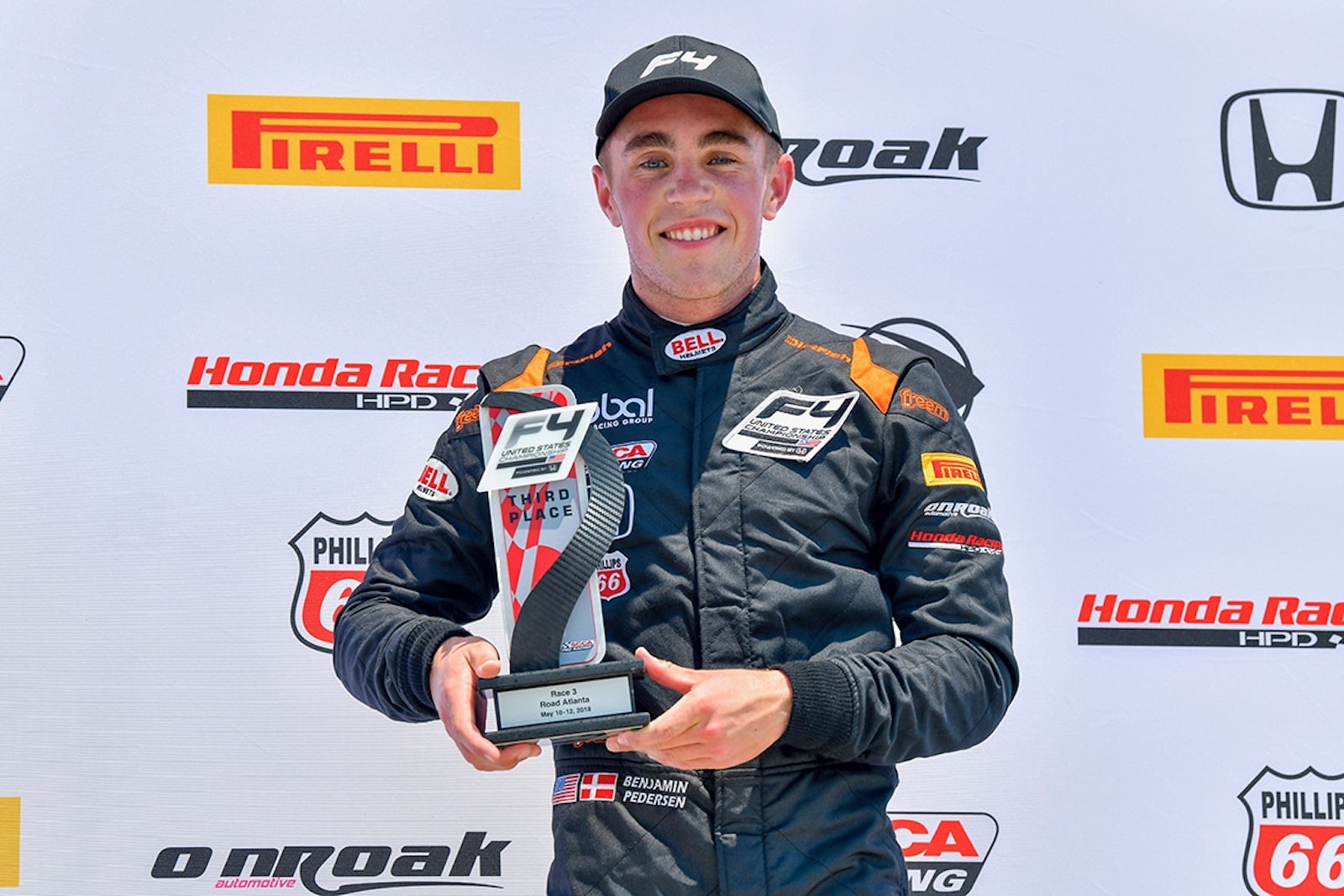 Benjamin is now leading the driver’s championship heading into the next round of racing at Mid-Ohio Sportscar Course on June 28th through July 1st! Benjamin had this to say about the upcoming race; “Mid-Ohio is one of my favorite tracks where I have raced multiple times, and we are feeling great going into the event knowing we are now leading the Drivers Championship! Thank you to Global Racing Group for providing me with a top-class team and car and of course all of my partners for the support!”