Fancy coming to see us? Trip for two to DirtFish Rally School, all on us? Even better than that, we’ve had a word with Oliver Solberg and he’s going to teach you how to drive.

Then you’re in for a busy weekend of recceing. Shut the curtains, turn off the phone and dial your head, heart and favourite R5 car into Monte Carlo specification.

The Solberg World Cup, in association with DirtFish has arrived. And it starts Monday.

The champion will be crowned in the middle of June after six online rounds. Then they’ll be invited to Seattle to take up the biggest prize in the world of rallying right now.

Solberg admitted the mass take-up of almost 4500 gamers for last month’s The Solberg RACE – a one-off event run through Argentina – prompted him to look to a longer challenge.

“The response from The Solberg RACE was unbelievable and more than I could have expected,” he said.

“That was fantastic. I’ve got to be honest, when I was doing that event, I was thinking a little bit about a championship.

“These days are quite strange for all of us, so the chance to think about something other than what’s going on in the world is good right now.

“That’s the plan. I want to make people think about the next round of the championship, how they’re going to prepare, set the car up and do their recce. This could really give us all something to talk about.

“For the calendar, I had a look through the locations on DiRT Rally 2.0 and I wanted to take the events which are most like the ones I have done already.” 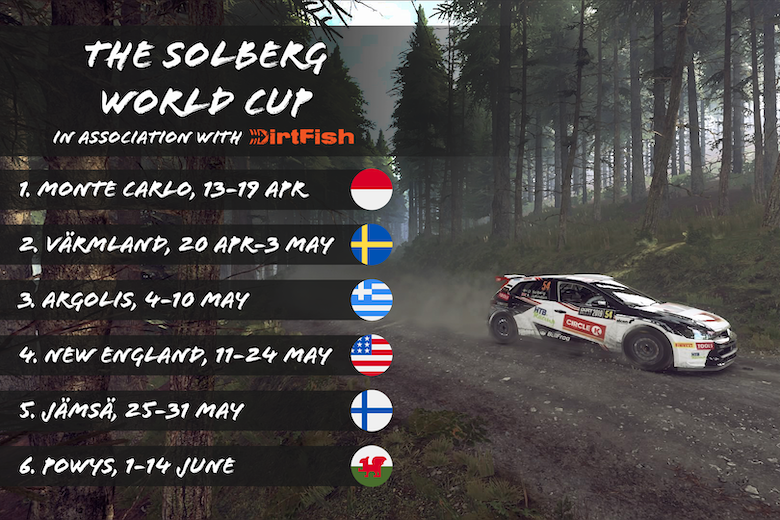 R5 cars will be used throughout the championship – as a way of reminding the youngest ever winner of a European Rally Championship round (Latvia last year) what he’s missing this season.

Solberg added: “I really miss my own beauty, the Volkswagen Polo GTI R5, and the beast that is the ŠKODA FABIA Rally2 evo.” 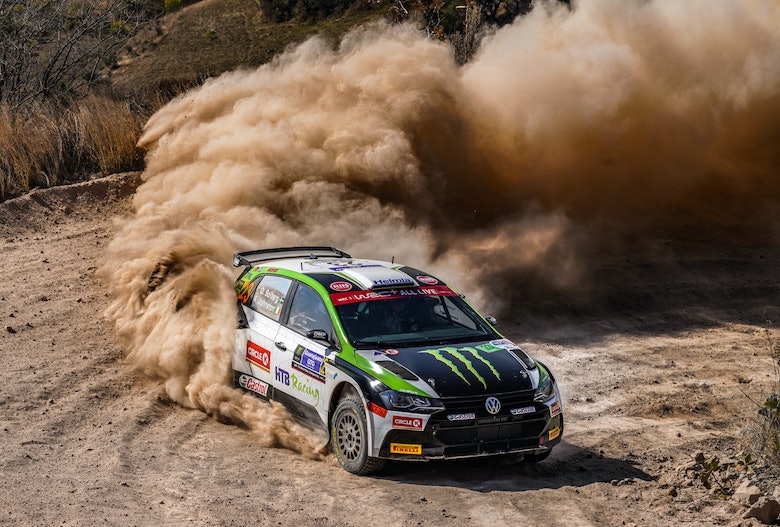 As well as the trip for two to DirtFish, there will be prizes for the top three on the individual rounds as well as ‘Solberg SurPrizes’ which will be distributed randomly through the finishers.

He said: “We’ll fly you out to Seattle, cover your transfers and the hotel. But here’s the best bit: you get to go to dinner with Oliver Solberg… and then have him teach you how to drive one of the DirtFish cars the next day. We’ll even send you home kitted out in some cool DirtFish kit.

“Along with Oliver and his folks, we’re aware that some of the gamers jumping in for the Solberg World Cup might be a bit younger – which is why we’re offering two tickets. If the winner is a junior, they can be accompanied. But, if it’s won by somebody a bit older, the second ticket gives you the chance to share what’s going to be a special, special memory.

“Trust me, the winner of the Solberg World Cup in association with DirtFish will not forget this trip in a hurry.

“It’s fantastic to be working with Oliver and his folks Petter and Pernilla this year. An association with Oliver is something we’ve been working towards through the winter and into this season.

“The Solbergs have so much enthusiasm for – and dedication to – everything they’re involved in and the Solberg World Cup is just another example of that. What Oliver did to get close to 4500 people involved in The Solberg RACE last month was truly extraordinary.

“To help bring more attention to the Solberg World Cup, we will provide previews and reviews for each of the six rounds on DirtFish.com, along with some more cool, exclusive content. On top of that, we’re going to have a couple of teams from DirtFish Rally School competing in the championship.

“The next couple of months are going to be a blast in the Solberg World Cup in association with DirtFish. We couldn’t think of a better way to still bring rallying to the fans while we’re all going through this difficult time together.”

Oliver’s Facebook page is the place to learn how to get involved.