Rally Estonia is at odds with its country’s own motorsport governing body as it chases resolution to an ongoing financial debate.

Urmo Aava and his staff at the Tartu-based event have so far steadfastly refused to comment on what’s being viewed as a ‘delicate’ situation for the event which has medium-term aspirations of landing a slot on the World Rally Championship calendar.

Rally Estonia, an official WRC Promotional Event, is regularly attended by WRC teams as they view it as a Rally Finland warm-up. Last year’s Rally Estonia indeed was the only event outside of the WRC schedule attended by all manufacturer teams.

Estonia furthermore is seen increasingly as a key market for the WRC, because of Ott Tänak’s maiden title last season as well as the huge number of rally fans in the country.

Rally Estonia is funded by the Estonian Government and last year generated more than €5million in return for €1m of state investment.

DirtFish understands the Estonian Autosport Union wants to see some of that profit being fed back into the sport. But that is not possible under the event’s government agreement.

One sport insider explained the situation, saying: “When we were at Rally Estonia last year, the government was quite clear, this was a business-level investment – it’s not a sport thing.

“It’s the same deal if the government was investing in any other business, it has to see a return and that return goes back to the government.”

DirtFish also understands meetings are ongoing between the event and the national sporting body. 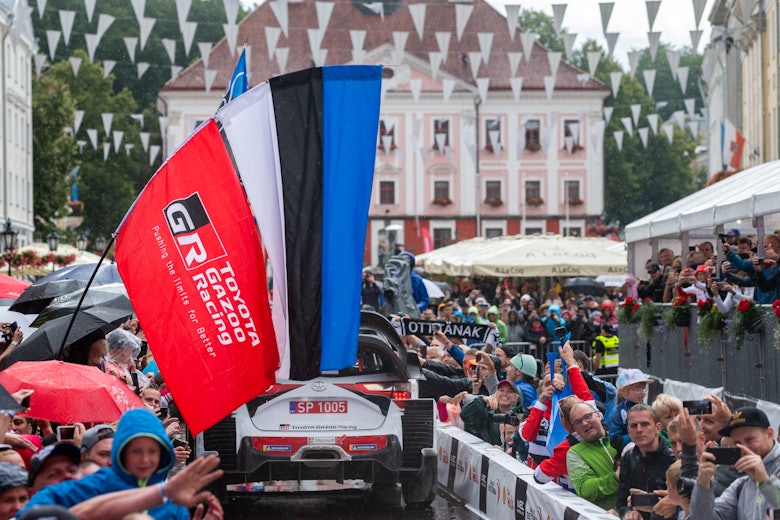 Speaking prior to this developing story, Aava praised the work of outgoing WRC Promoter CEO Oliver Ciesla and said a WRC place remained the ultimate goal for his Rally Estonia event.

“It’s not really possible to put into words how much we have to thank Oliver for,” Aava said. “Of course we will miss him and his vision for the sport. I well remember our first meeting when we presented our plan and he was open to this – we were in shock.

“It has always been a pleasure to work with Oliver and, like I say, we will miss his input and his effort.”

Aava confirmed that plans for this year’s Rally Estonia, taking place on July 24-26, are ongoing.

“We’re into fine-tuning now,” he added. “We don’t have many changes coming, we are building on what we have achieved. We have government backing – providing we hit our targets – for last year, this year and next year. The WRC remains the dream for us and we are working towards this dream.”

Evans’ Sweden win was fastest ever