Andrew Carlson will step up to the Nitro Rallycross Supercars class this weekend at ERX Motor Park, driving for Olsbergs MSE.

Carlson, whose family owns the Minnesota track, will race a second Honda Civic Coupe for the Swedish team. The car was originally earmarked for two-time Global Rallycross race winner Sebastian Eriksson but was a non-starter at last week’s season opener.

While it may be the 2020 Pro Mod UTV World Cup Champion’s Supercar bow, he is no stranger to Nitro Rallycross.

Carlson has worked closely with Travis Pastrana on track designs for this season and had a short run out in Pastrana’s WRX STI at ERX earlier this year. He also ran in the Sierra Cars support category in Utah last weekend. In those two rounds he retired from both finals, but was at the sharp-end of the field time-wise in practice sessions and heats. 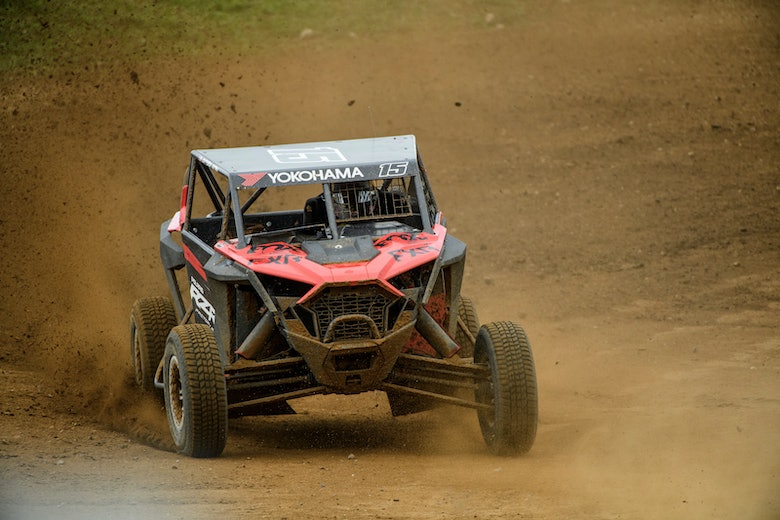 Carlson will be racing in the Can-Am Side-by-Side exhibition races too, alongside fellow Supercar runners Pastrana and Tanner Foust, as well as a whole host of other big names from the world of off-road racing.

“I’m extremely excited for the weekend,” Carlson told DirtFish. “I only have about 10 laps in a Supercar and surprisingly I feel prepared to go mix it up with some of the best in the game.

“I’m ready to put all my focus into meshing with the OMSE Honda in a short amount of time and I’m going to come out swinging! These cars are amazing and they handle almost exactly like my Pro 4 race truck does on this track so that give me a good feeling.”

Vacala scored the championship-winning team’s best result in the season opener with third.

Inside the mind of the Rally Finland favorite