After winning four titles on the bounce with Volkswagen Andretti Rallycross, Scott Speed made the move to Subaru Motorsports USA ahead of the 2019 Americas Rallycross season. It was a move that raised eyebrows at the time, but he arrived just as the only factory-backed team in international rallycross came good.

As a result, Speed was a shoo-in for a fifth straight championship, right until he broke his back at the Nitro World Games that year. Now with a lay-off of over two years thanks to US rallycross’ transition from ARX to Nitro Rallycross which coincided with the coronavirus pandemic, in 2021 Speed is finally picking up where he left off.

Rapid pace in the first two rounds of the season was rewarded with a dominant win at ERX Motor Park earlier this month. From the outside it was as if he was never injured, but speaking to DirtFish, Speed says that working towards a return has been a “process”.

“It was a lot of reps for me,” he says. “Just to be back going over jumps again; I think being back in competition naturally helped me just be in the right mindset versus the little bit of testing that I had done before.

“That was difficult not being in that competitive environment and [to] still be doing jumps for the first time.

“It has been a quick but long process of being broken to, OK, we’re going to jump now for the first time. Now we’re going to race and now we’re just racing. You know, it all happened very quickly, but it was a big [thing] for me. It was a big change from those reps, I guess.”

Speed, who is now one-and-a-half inches shorter since his injury, is back fighting for a championship – the exact place we’ve come accustomed to seeing him over much of the last decade. 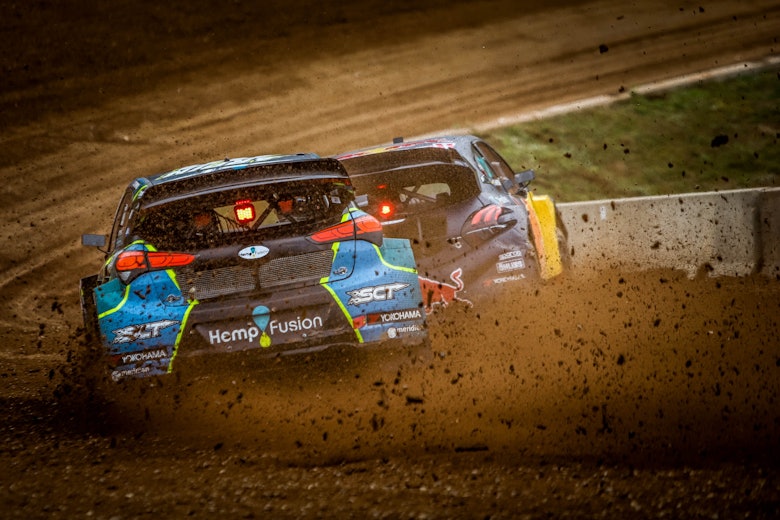 And while he admits there’s still “a little bit of that deep in the back of my mind for sure” when it comes to concern about taking on Nitro RX’s unorthodox tracks, he’s happy to be fighting at the sharp end once again and doesn’t feel those distant concerns are getting in the way.

“I felt that in Utah, I was right,” he says. “I don’t think anything cost me any performance and I thought that I honestly I surprised myself in Utah.

“I think I performed super well. We were very fast. I made very good decisions all weekend. I didn’t expect that. I think I expected a little bit more of a curve there, but I felt great and then obviously felt great at ERX.

“I assume that all that it’s all going to be just better and better as we go as I do more and more reps. 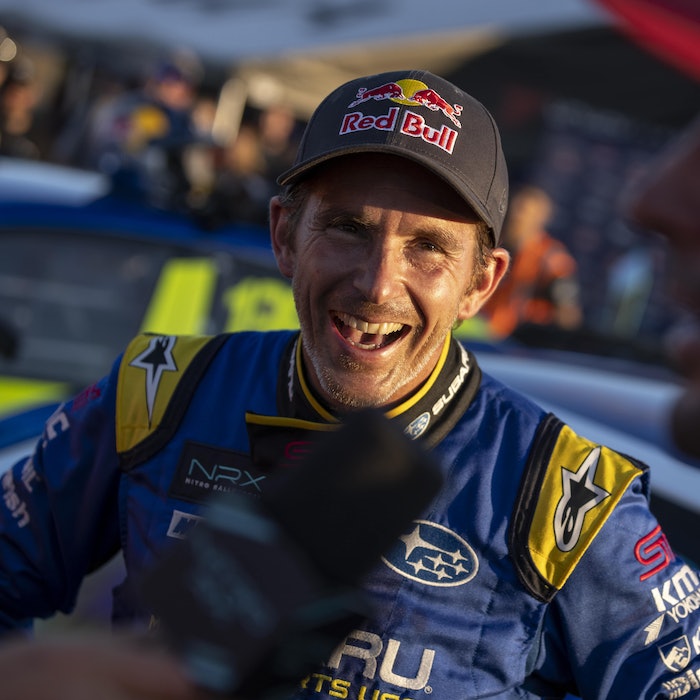 That's one thing that is unique about the racing we're doing right now, you're never not driving. I'm always focused on something Scott Speed

“But yeah, performance-wise, I felt great at both races, so I wasn’t held back at all because of the jumps and was able to look at them objectively when I was out there racing.”

Elaborating on the pogoing he has to contend with in Nitro RX, Speed says he actually revels in the challenge that each leap brings, likening them to corners.

“There were six jumps on the track [at ERX] and every single one of them was like a corner you needed to lift and make an adjustment inside the car to, to go over it.

“That’s one thing that is unique about the racing we’re doing right now is from a driving perspective, you’re never not driving. I’m always focused on something, even when I’m going down the straightaways, because I have the jumps to deal with.

“It’s constantly like that level of focus is there the whole time. And I frickin’ love that about the style of this new style of rallycross, where you have multiple jumps.”

Nitro RX’s format brings a return to one-on-one races, something that was axed by Global Rallycross before Speed debuted in the now-defunct series. It’s something the former Formula 1 driver has excelled in, winning the battle bracket in the season opener and reaching the final of the round two bracket as well.

“Our format is super unique. I love it,” Speed enthuses. “I love battle qualifying. Obviously we’ve gone to the finals twice.

“I just love just duking it out with someone one-on-one; what that does for the racing is it gives you sort of a hall pass to make a set-up move on someone that maybe you couldn’t make it a real racing situation because you’d have someone behind you that you’d have to protect against.

“You don’t have to think of anything else other than the car right in front of you, that you’re racing, so it makes it easier to pass.

“That one-on-one battle is just fun. I really enjoy that.”

Fun or not though, Speed is still a racing driver – one that thinks of the big picture – and he was content with sitting out the final of the battle bracket at ERX to give him the better shot at the overall event win. It was a controversial tactic; praised by some for being smart and questioned by others for not being in the spirit of the game. 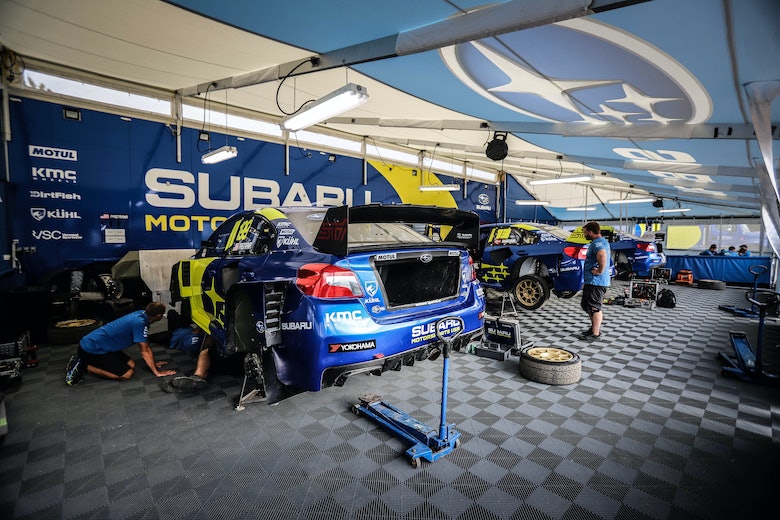 Race stewards took the latter view, slapping Subaru with a $10,000 fine but Speed stands by the call.

“Because of the way the points line up and the way, in this situation, the heats developed, it was clear that the one heat race is a lot better than the other,” he explains.

Speed’s quick thinking on the Saturday of the Minnesota event paid off, and by Sunday afternoon he and team-mate Pastrana were heading the field for the showpiece final.

It was a close fight between the pair, with Subaru allowing both of its star drivers to race freely. With that freedom, Speed says he doesn’t need to approach battles with Pastrana any differently, but that there is an extra layer of security in knowing exactly who he’s up against.

“I race everybody the same, but you know, when it’s your team-mate, I think you have a bit more comfortability going into a corner with them behind you, you feel more confident than you’re not going to get shunted out of the way.

“When you are with the other guys, there’s that feeling like you very well may be just pushed out of the way, but there’s nothing you can do about that anyway.

“So it’s just a feeling. I don’t physically do anything different, no matter who’s around me. It’s just a more comfortable feeling, I guess, when you’re with your team-mates, because you know they’re not gonna do anything silly with you.”

Looking ahead to the next three rounds of the Nitro RX season, Speed is quick to downplay any benefit that pre-event running might’ve had so far this season as the Subaru team arrives to two venues it has never ran at before.

“I would say we were at that facility to help them make the jumps, but every single jump on that course, we had to tweak, and that’s why we went and ran the track to make sure that it was going to work,” Speed says of Subaru’s testing at ERX Motor Park earlier this year.

“And the track that I had been on for maybe 15 laps was pretty different to what we ended up arriving at.

“So it’s not like we have a testing agenda or we were testing dampers or springs or anything like that. We just had the car there, making sure they could go over all the jumps and all the cars would survive.”

As for the next round in Phoenix, a place nobody has seen other than as a track map so far, Speed is “keeping an open mind”.

“Well I don’t know,” he says. “I think that it’s hard to say exactly what it’s going to end up being because I think like we saw with ERX, we got there and we had to change a lot to make it work, I don’t know if that’ll be the same for Arizona.

“We’ll see what it looks like when we get there.”