Subaru drivers Scott Speed and Travis Pastrana have explained Speed’s decision to throw the final of Nitro Rallycross’ battle qualifying at ERX Motor Park, believing the move will give their team the best chance of success later on in the event.

Pastrana secured third overall in qualifying, having been beaten by Kevin Hansen at the semifinal stage, and will line up in the first of Sunday’s opening two heats – alongside overall battle bracket winner Hansen.

With his team-mate’s qualifying position in mind, Speed decided to back out of the final after the lights went out, guaranteeing him second place and a spot in the second heat, away from Pastrana.

As well as that, if both win their opening heats they will lock out the front row of the main event, with the top-two finishers from each heat getting an automatic spot in the final without having to race again to secure a place. 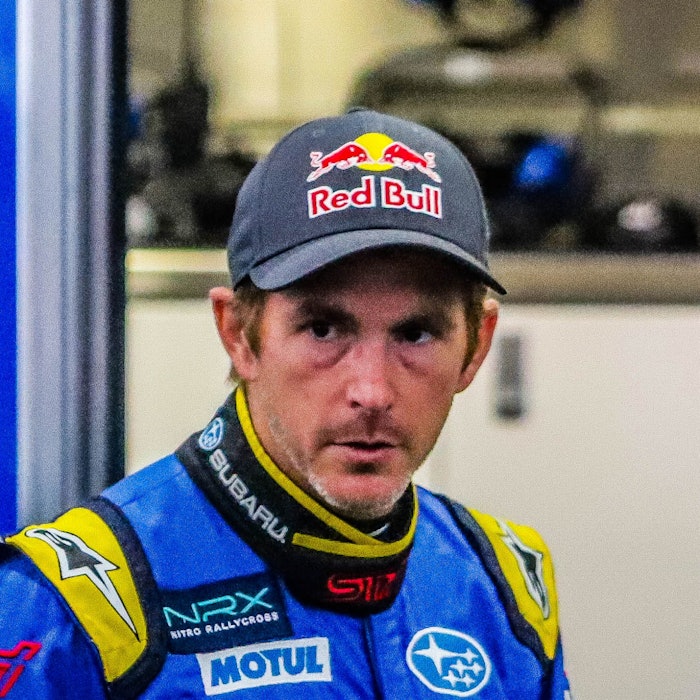 It’s not even a team move, it’s just the smart move. Looking at the two heats, the second one is way easier Scott Speed on the benefits of his decision

Speaking on Nitro RX’s official broadcast after the anti-climactic final, Speed acknowledged the benefits of he and Pastrana being split in the heats, but also pointed out that he would gain an advantage from competing in what he deemed to be the “way easier” race.

“It’s not even a team move, it’s just the smart move,” he said. “If you look at the way the two heats were lined up, this one is way easier.

“Plus, I think Travis can get him [Kevin Hansen] heads up; he wins his heat race, I win mine, we’re back on the front row for the final.

“But either way, it’s a no-brainer decision for us. The second heat’s way easier, it’s a lot less competitive.” 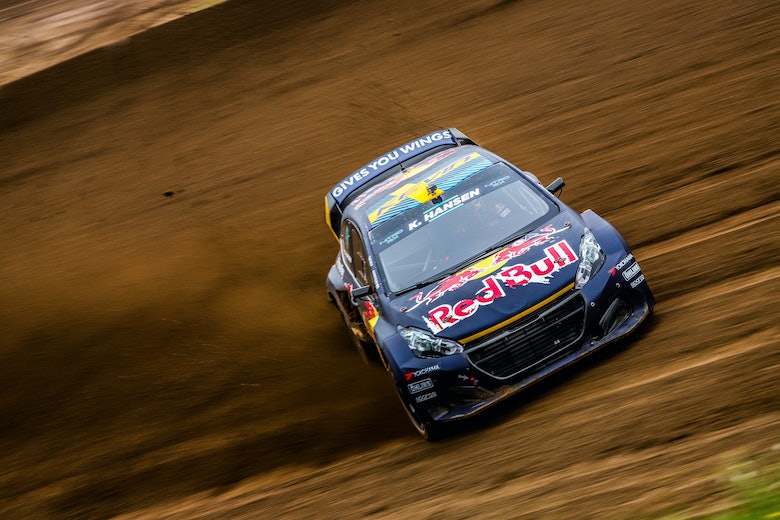 Speed’s confidence in Pastrana’s ability to beat Hansen in a straight fight comes after their earlier semifinal battle. In a tense race, Hansen only just prevailed with a late move at the final corner on the last lap.

“He said, ‘Look, you messed up, Kevin out-raced you’,” Pastrana said, explaining a conversation he had with Speed.

“He goes, ‘Don’t let it happen again, you start front row with Kevin if I don’t win, [and] I’ll start front row and that puts us front row for the final if you win and I can win and we can go [for a] Subaru 1-2’.

“So that was the nicest compliment that Scott has ever paid to me.”

Pastrana, who is behind the Nitro Rallycross format and series, did however concede that Speed’s tactic was not great for those watching.

“For Nitro Rallycross I definitely was looking forward to this battle [between Speed and Hansen], it would’ve been super-slick,” he added.

“So that sucks, but for you guys it’s going to be an amazing show tomorrow and that was cool.”

Hansen was unfazed by the unusual start to the final, saying he had “no idea” what Speed had done at first, and insisted that his qualifying win and subsequent pole position would stand him in good stead for Sunday.

What’s more, he will also have team-mate and brother Timmy Hansen starting behind him in that first heat.

“We start in a great position in the heat, we have pole position and everything is in [our] hands so that’s a really great thing,” he said.

“I cannot affect what everybody behind will do, but I will just [try to] have a good start and try to bring it home.

“We have a great position to bring it home to the front row of the main event so hopefully [I am] not having to go through all the races again.”