Nine-time World Rally Champion, racing driver, and Dakar adventurer Sebastien Loeb will join Team Peugeot Hansen to contest a full season of the FIA World Rallycross Championship this season, which starts in Portugal on 15 April and ends up in Argentina on 27 November.

Loeb will be Timmy Hansen’s team mate in a two-car squad this year, driving the 550-horsepower 208 WRX Supercar: something of a contrast to the 350-horsepower 2008DKR beast that he drove through the pampas of South America in January, leading the Dakar on his first attempt until the halfway point of the epic 10,000-kilometre event.

Having racked up more rally championships and wins than any other driver, this latest move to rallycross confirms the 42-year-old driver’s status as the king of off-road driving.

“I’m very excited by this opportunity to participate in the full Rallycross Championship for the first time,” said Loeb.

“Over the years I have been fortunate to participate in some truly amazing racing, but rallycross – with the sheer power and the competiveness of the PEUGEOT 208 WRX, plus the intense nature of the competition – will be something very special. The car and the strategy for this type of racing is completely new to me, so I have a lot to learn, but I hope I can be competitive pretty soon.” 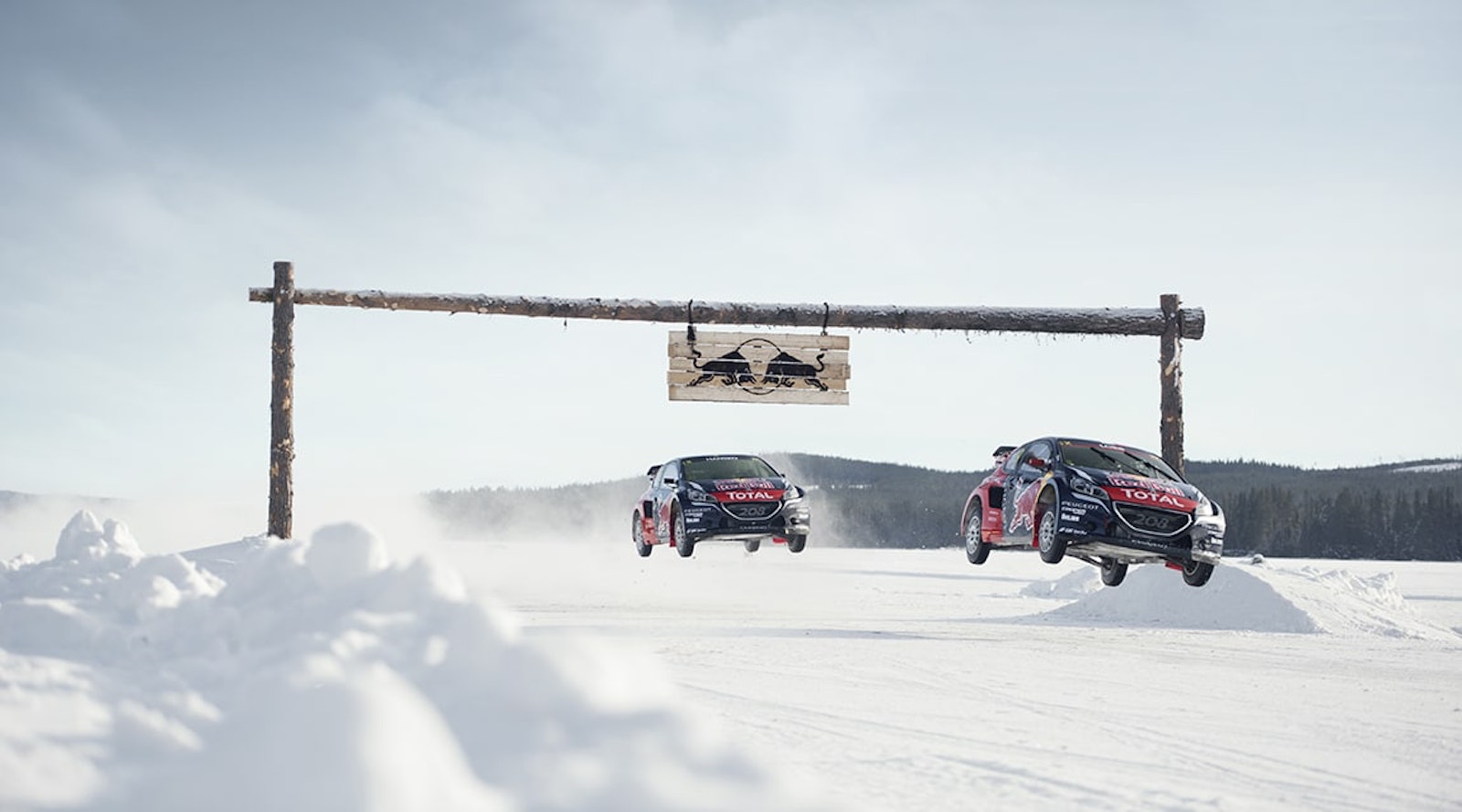 While Loeb (#9) will once more be a rookie compared to his teammate Hansen, he has already won the rallycross medal at the 2012 X-Games in California and also took part in his home round at Loheac, France, in 2013.

“Last season we proved that we had the potential to perform in the series with Hansen and Davy Jeanney,” said team principal Kenneth Hansen.

“By adding Loeb to the equation, we will be even stronger. Rallycross is one of the hardest disciplines to dominate, with no room for mistakes. Loeb has incredible capacity to adapt and I have no doubt that he will be a strong challenger.” 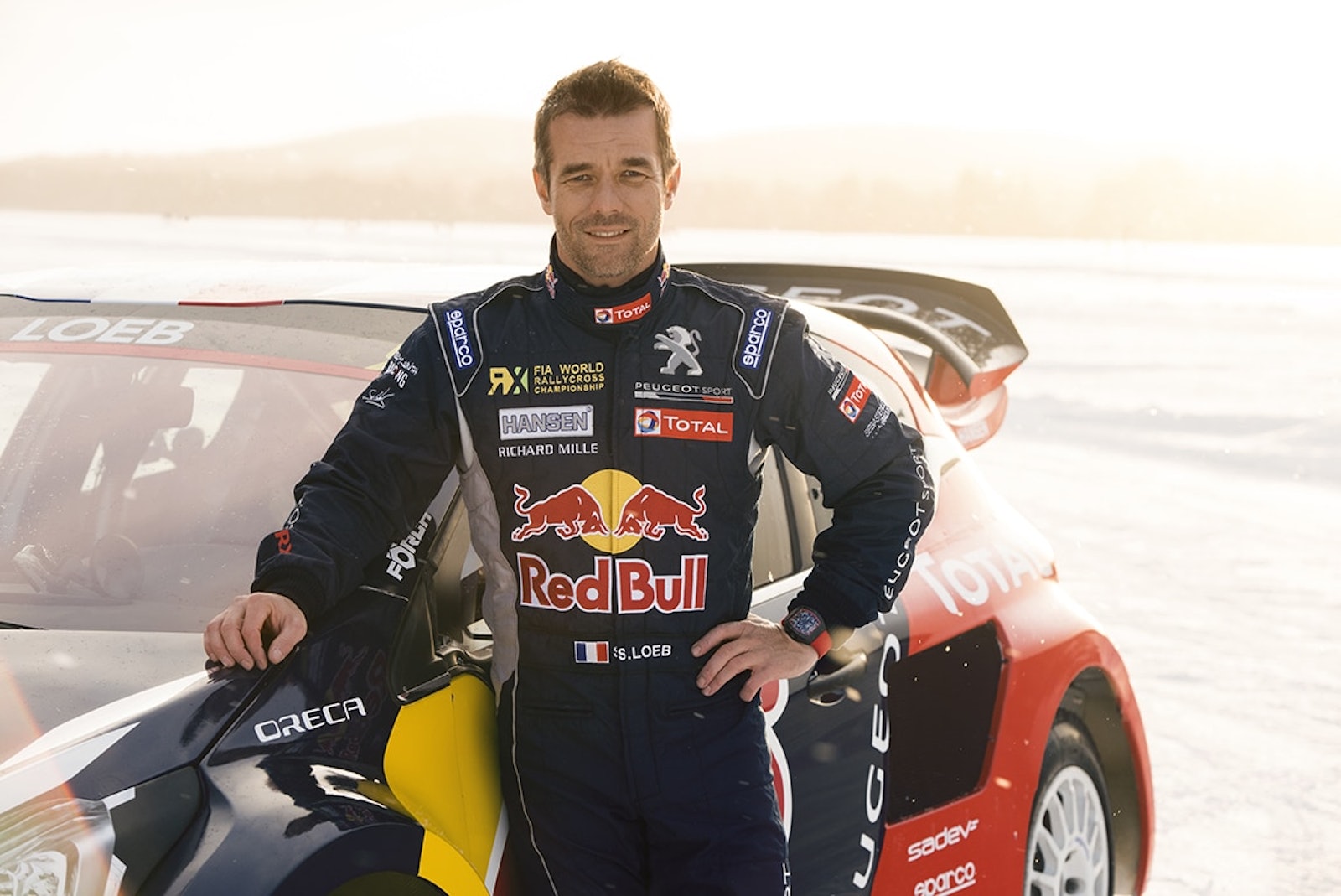 Hansen and Loeb will form a formidable line-up, with the aim of bringing home both the team and driver titles this year.

Hansen commented: “I’ve looked up to Sebastien Loeb throughout my entire life: I even met him once to get his autograph. So to work with him now is like a dream come true for me.

Before the start of the season, Sebastien and Timmy were put to the test in Hansen’s home country, over a challenging ice track on a frozen lake in Are, Sweden. Watch the team battle it out on this unique rallycross playground right here.

This year a total of four PEUGEOT 208 WRX will compete in the World and European Rallycross championships. As well as the main squad, Team Peugeot Hansen is also fielding the new Peugeot Hansen Academy this year, with Davy Jeanney and Kevin Hansen.

“Davy continues his path as a strong challenger for the 2016 series while Kevin is the youngest competitor in the series and is learning extremely fast,” said Kenneth Hansen. “I’m looking forward to seeing how quickly Kevin will learn by driving alongside a driver with as much experience as Davy. It’s a great opportunity for him and the entire Peugeot Hansen Academy.”

Frenchman Davy Jeanney, (#17) who won 2 races in last year’s championship will be the new team’s mentor and drive a PEUGEOT 208 WRX in the World Rallycross Championship this season.

Jeanney commented: “In 2015, my first World Rallycross Championship with Team Peugeot Hansen, I won in Canada and Germany and finished fifth overall. I’m very happy to continue to work with one of the most competitive teams and to share my experience with Kevin for his debut in the top international series ”.

“It’s great to have Davy Jeanney on the team and to have the chance to learn from such a professional driver,” said Kevin Hansen. “He has so much experience and is a good coach to have, especially now that I will be also racing in part of the World series.”

Rallycross combines the best of racing and rallying by pitting small groups of competitors against each other on a mixed asphalt and gravel circuit over a series of heats. They are gradually eliminated all the way down to a breath-taking final, when the very quickest and bravest fight it out for overall honours.

With every final containing competitors separated by just centimetres, and combined total of around 3500 horsepower thanks to cars that accelerate faster than Formula One, rallycross is one of the most spectacular and fastest-growing forms of motorsport in the world.

Still and moving images of the team, car & drivers for editorial use can be downloaded from www.redbullcontentpool.com/teampeugeot-hansen