DirtFish Instructor, Eric Schofhauser, began his career at DirtFish as one of our photographers, taking high quality photos of our students behind the wheel. While he had established himself in that roll, he fell in love with the driving aspect of the business and set his sights on becoming an instructor. In the last three and a half years, he has worked his way up to become one of our full-time instructors.

Where are you from and where did you grow up?

Originally, I was born in Anaheim, California. I lived there until middle school, when my family decided to make the move to Spokane, Washington. Then, I moved from there to Seattle to attend college at UW, and I have lived in the area ever since.

How did you get involved in the sport of rally?

I got involved with rally via photography and videography. My college degree was in filmmaking, and since I loved rally and car culture, I tried to combine the two. I was actually shooting action sports videos for a local clothing company when I met the brother of the photographer at that time at DirtFish. I quickly found that DirtFish was the utopia of everything I wanted. Subarus, rally, outdoors, and photography/videography. I was lucky enough to get hired as the part-time photographer and eventually found myself as the head of the Photography Department, before I became an Instructor. I had been a fan of rally for a long time, but DirtFish was my first proper introduction to being a part of the sport itself.

What made you want to be a driving instructor?

What’s more fun than driving a rally each day you go to work? Honestly though, I love cars and car culture. I enjoy the act of driving, whether that is racing or just having a fun cruise with some friends. I do feel that the public’s enthusiasm towards cars is dying as society moves towards an electric future, so if I can do a small part of keep the passion and enthusiasm for cars, racing, and the community alive while making it fun for students, I’m all for it!

What made you choose DirtFish over any other driving school? Also, why rally over other motorsports?

DirtFish was what I was introduced to right out of college. I loved the company, the product, and the people so I choose to stay and do what I could do help build the brand and enthusiasm for rally. I chose rally over other motorsports because rally feels like it is the culmination of all other motorsports. It combines road racing, off road racing, drifting, etc. into one sport that puts all of the driver’s skills to the test. I like the ‘in the moment’ feel of rally too, where you typically get one shot to get it right and then move on versus trying to memorize a particular line or certain markers.

What do you like to do in your free time?

In my free time, I like to watch all the films that my coworkers tell me I need to watch since it’s blasphemy that I have’t seen them as a film major. I still do lots of car culture photography and videography, mostly focused on rally or drift. I enjoy being outdoors, so I go hiking, long boarding, snowboarding, mountain biking, and traveling as I can afford or have time for. I’m a nerd for science and space too so I will listen to podcasts or read books on all various subjects from that realm. Currently trying to teach myself Japanese as well!

Not racing currently, but have plans to team up with my coworker, Jack Harrison, to co-drive for him in local rally events in his Volvo 242T rally car.

What is your racing history and background? How long have you been racing?

My background was a bit of karting growing up. Then in college and while my time as a photographer at DirtFish, I spent some time autocrossing and doing various track days. So mostly tarmac. That was a fun challenge to transition those skills over to the dirty world of rally.

What kind of car do you drive daily?

My daily driver is my 2006 WRX Wagon. She has a few modifications to make her handle better for autocrossing and the track but still work well as daily. 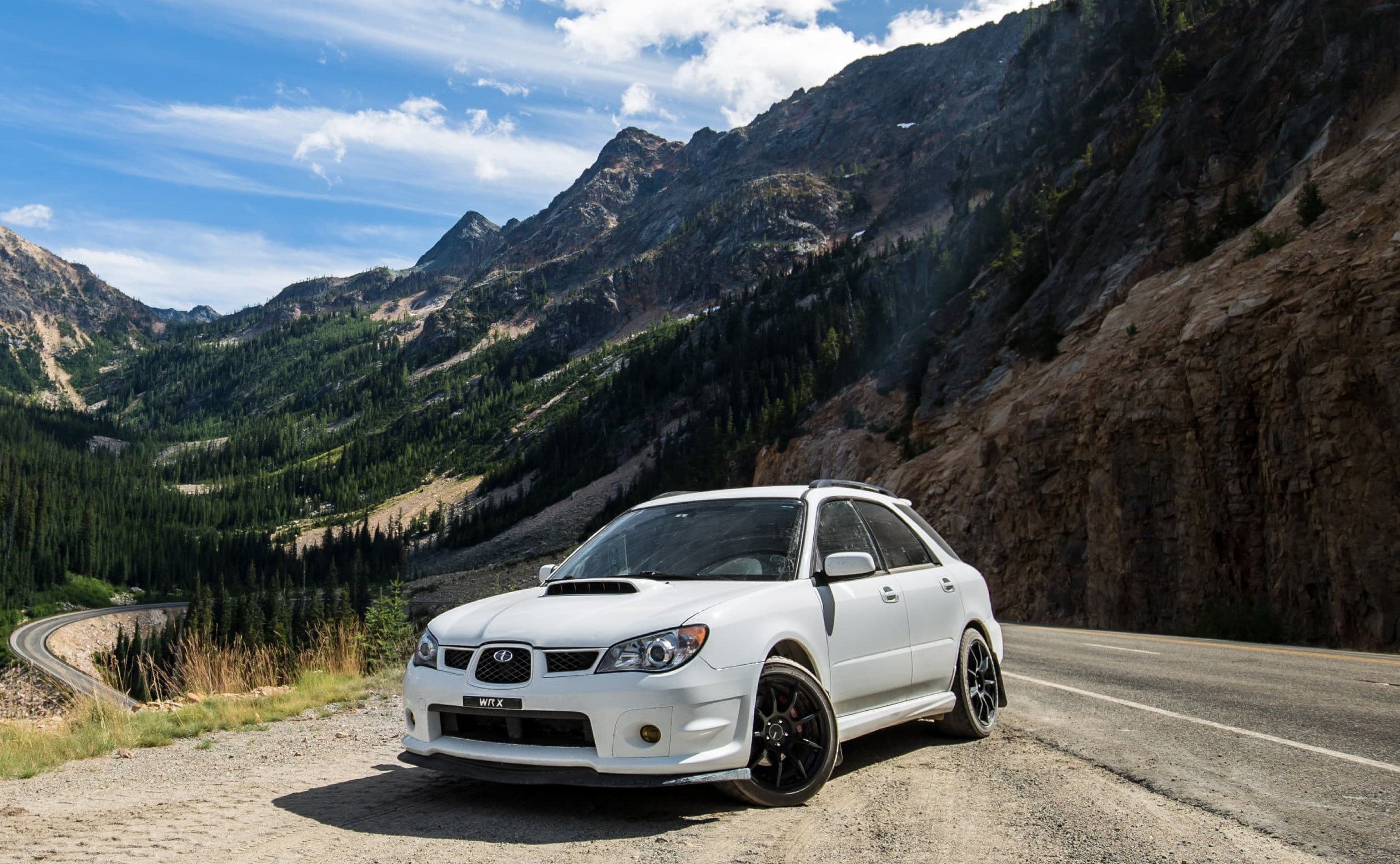 What kind of jams do you listen to while cruising to work in the morning?

A mixture of Top Gun and thrash death metal. It really depends on my mood or whatever my iPod choses to play. Honestly a mixture of rock/metal or future bass electronic music usually. Sometimes if I feel ultra nerdy, I’ll listen to a science podcast on the way to work.

What else should the DirtFish fans know about you?

I have watched way too much Top Gear.