DirtFish Instructor and Stage Rally Driver, Sam Albert fell in love with the sport of rally after seeing it on TV many years ago. As soon as he graduated from college and had money to spend, Sam built his own rally car and went racing. Since then, Sam has become a DirtFish Driving Instructor who also competes behind the wheel of the 2015 DirtFish Subaru WRX STI in the Limited 4WD class car.

Where are you from and where did you grow up?

I am originally from Columbus, Ohio, but I spent the majority of my youth in a logging town in Northern California.

How did you get involved in the sport of rally?

Part of growing up in a rural part of California is routinely driving on logging roads. One day, I stumbled upon SCCA ProRally on Speedvision and realized that rally was basically part of my regular commute… but faster. I was hooked! After graduating from college and getting a job with a paycheck, I tore apart my Subaru and turned it into a rally car. That was ten years ago. The rest is history.

What made you want to be a driving instructor?

Sharing my passion for rally with others is an incredibly rewarding experience, and it’s always good to put a smile on someone’s face when they’ve let a car go sideways for the first time, or they start to link corners together.

What made you choose DirtFish over any other driving school? Also, why rally over other motorsports?

For me, it was the location and the Subaru brand. I was stationed at JBLM when I first applied to be an instructor, so that was a big part of it. Since I was already racing in a Subaru, it just felt like a natural fit to instruct people in virtually the same car that I’ve been running in for years.

What do you like to do in your free time?

What’s that? On the few days a month I’m not doing something rally-related, I try to get outdoors as much as possible; whether that’s skiing, riding dirt bikes or mountain bikes, or doing some mountaineering on the volcanoes scattered throughout the PNW. 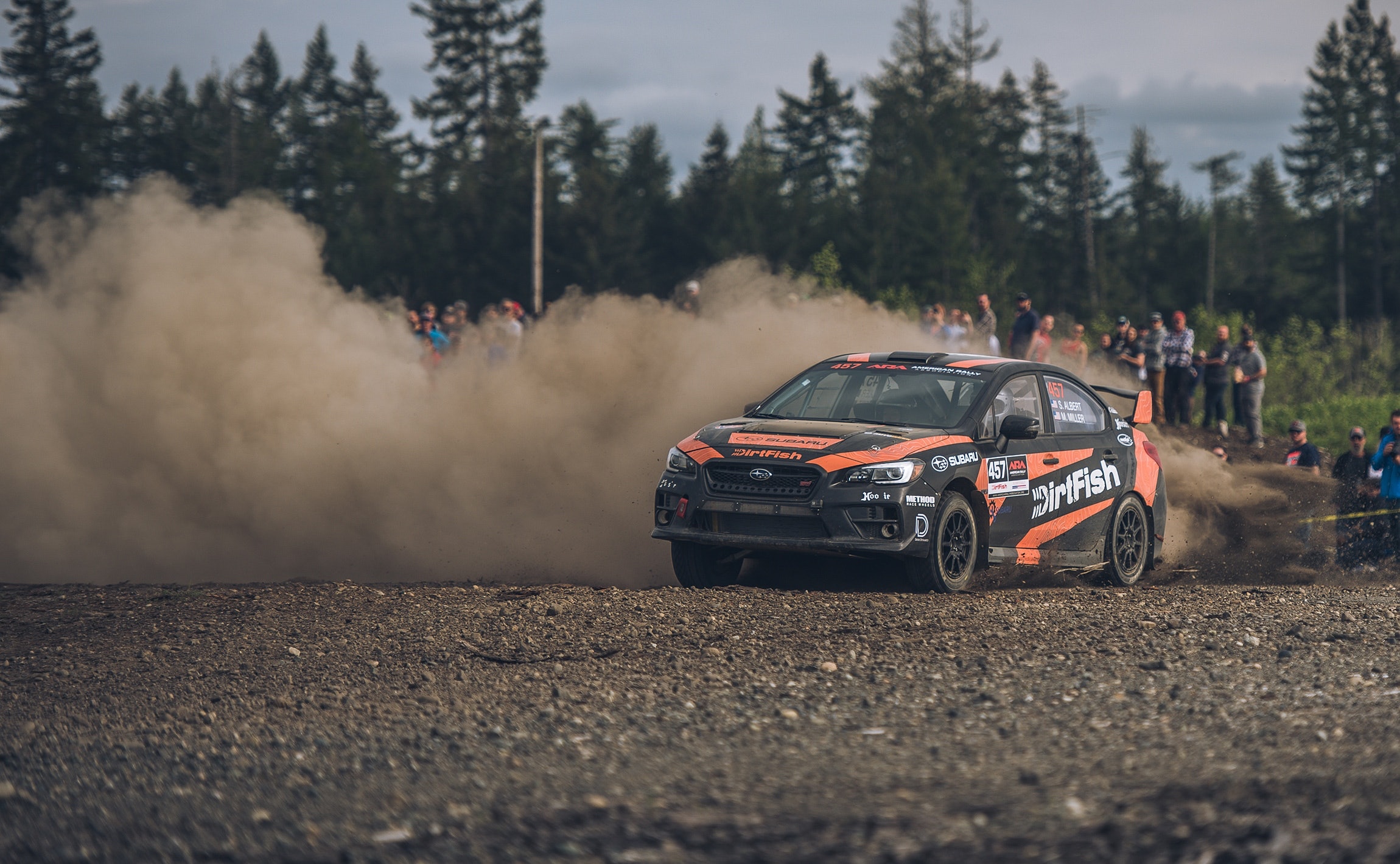 What is your racing history and background? How long have you been racing?

I’ve competed in nothing but stage rally for close to a decade, but also do a lot of cross train in karts and do enduro dirt bike riding.

What kind of car do you drive daily?

What kind of jams do you listen to while cruising to work in the morning?

Most of the time I’m a bit of nerd, and I listen to audiobooks and podcasts, but if I’m jamming out, it’s usually something like the Red Hot Chili Peppers or something a little more modern like The Glitch Mob.

What else should the DirtFish fans know about you?

I have an awesome Australian Cattle Dog named Dakota that usually hangs out at DirtFish while I’m instructing, and I once drilled a hole in my leg when replacing a quarter panel after a bad wreck at STPR.