As some of you may know, we recently acquired three of the latest generation Subaru STIs. Each one of them will be converted into DirtFish school cars and used in our all-wheel drive driving programs! 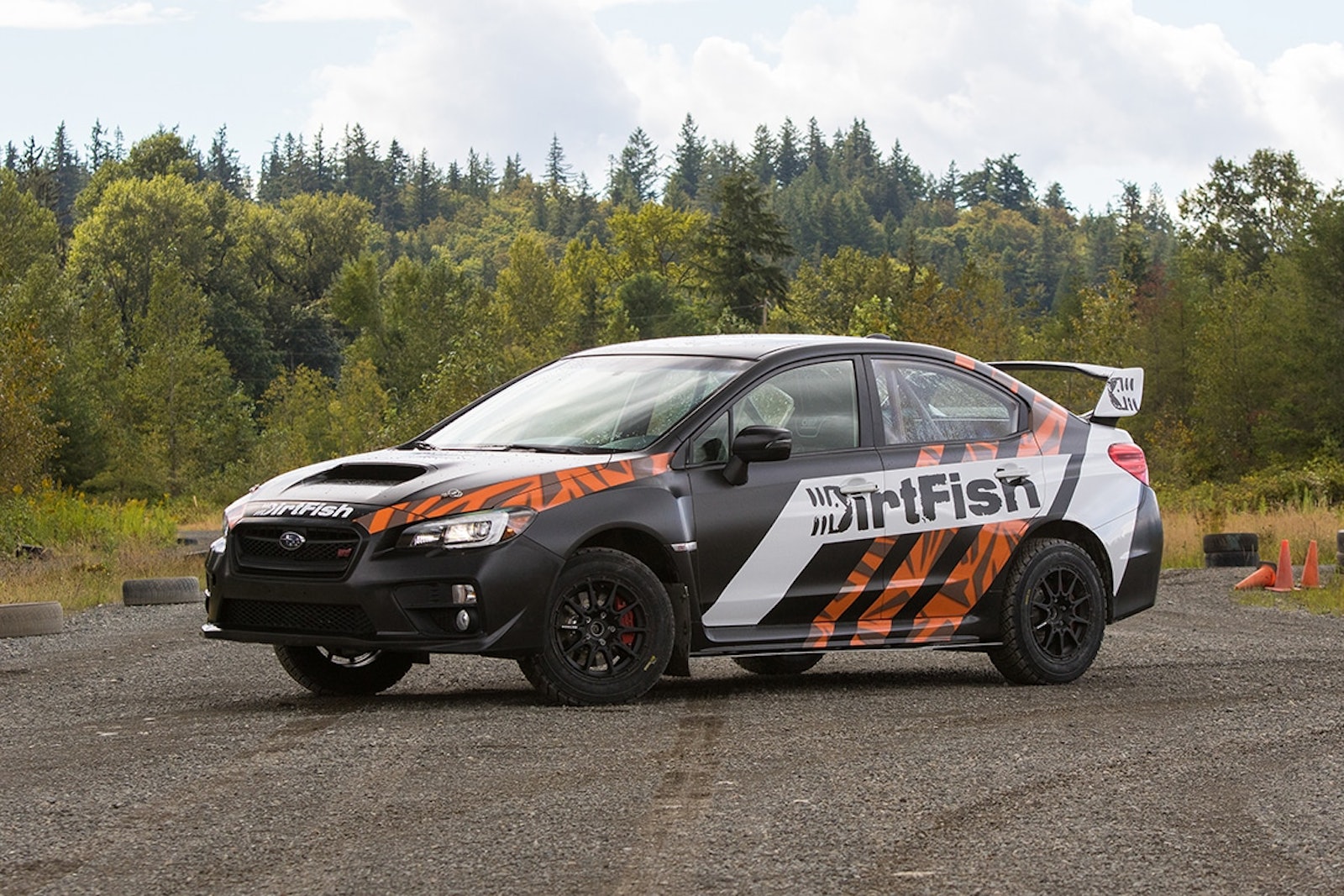 Over the last four weeks, our shop has been hard at work converting the first victim from an everyday street car to an impressive school car. It will be the newest addition to the fleet for our Advanced Programs. The Advanced Programs are designed for students who have taken our Three Day Program and/or Three Day Advanced Programs and are seeking to improve upon their already high level of car control skills. Students have multiple vehicle and program options to choose from in our Advanced fleet – our regularly offered Subaru STI and Subaru BRZ, the GRC Lites car, and our complete rally-prepped Group 2 Subaru BRZ with its sequential gearbox, redesigned suspension geometry, and much more. 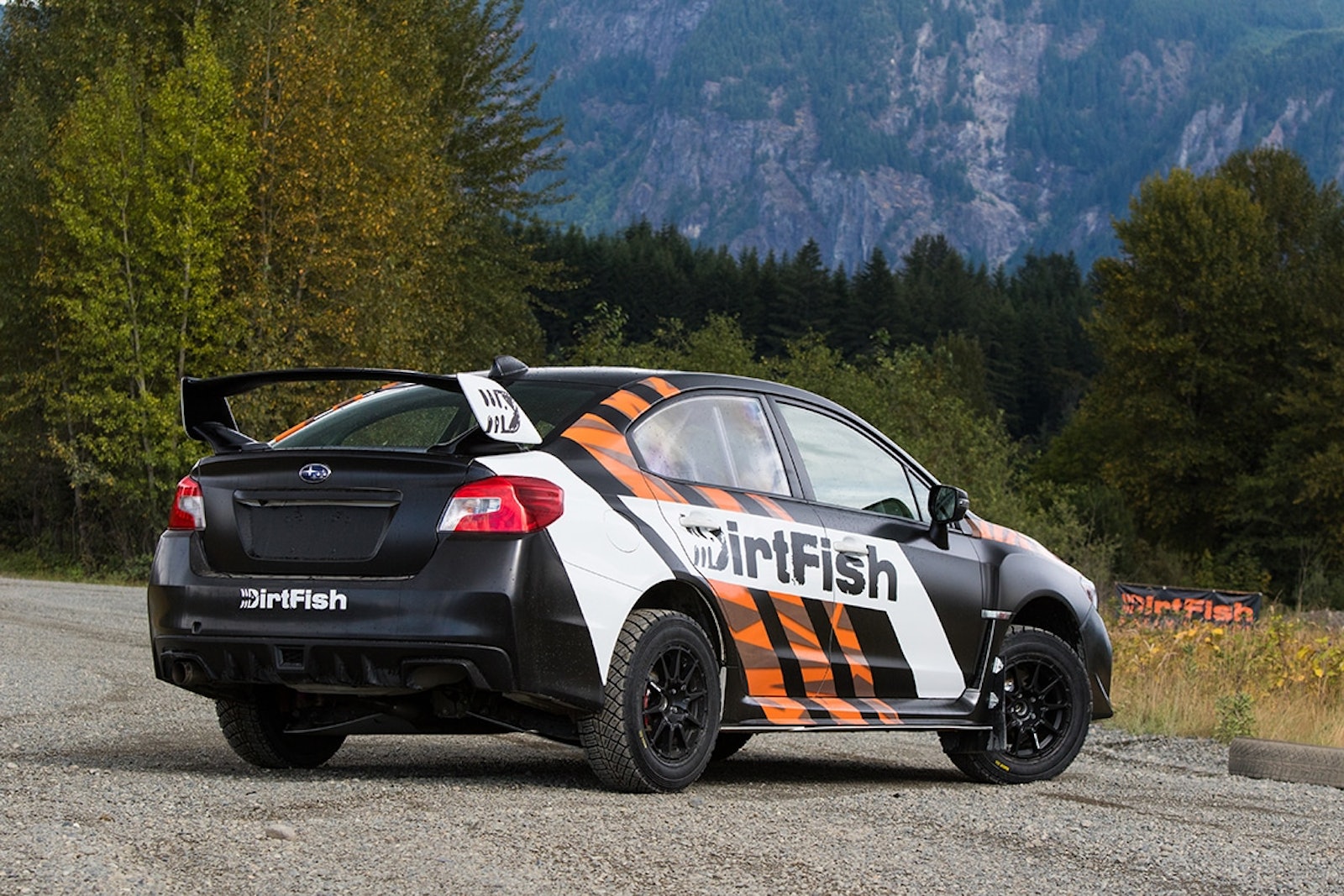 Our new 2015 Subaru STI rally car is a proper-built car. While our everyday Subaru STI and BRZ school cars are already setup with Reiger rally suspension, forged engine internals, Group N brakes and a few other upgrades like roll-cage, underbody protection and so on; our newest STI takes it to the next level. It is meant to fully push the drivers and help them improve upon and dial in the car control skills they have previously learned at DirtFish. 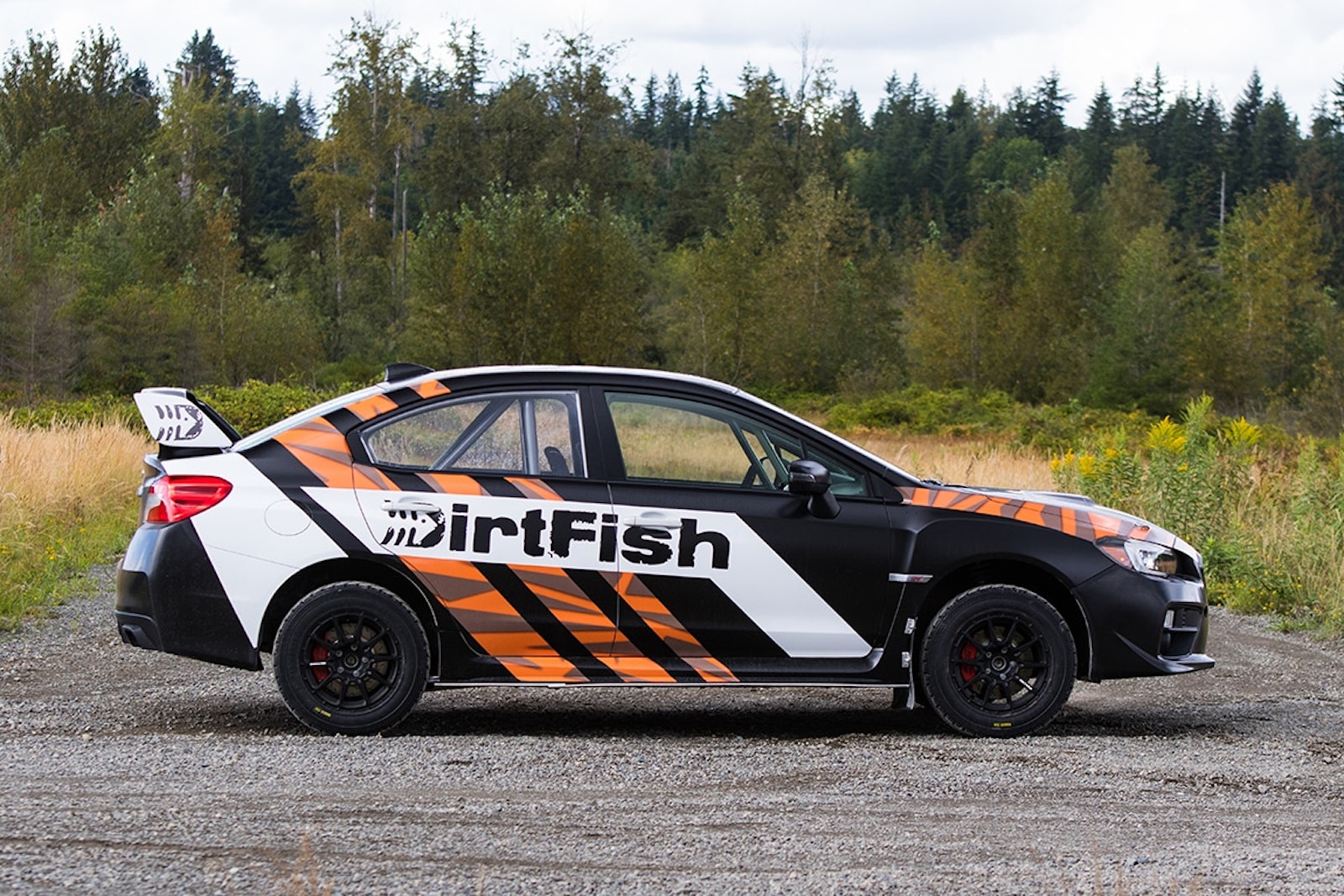 The 2015 Subaru STI has been built to the specs required by Rally America and other international sanctioning bodies. Mounted in the engine bay is a modified and race-ready 2.5 Liter Boxer engine that is equipped with ACL race bearings, Wiseco forged pistons, BC connecting rods and APR headstuds. This is basically everything that is needed for the engine to handle being run harder at higher temperatures. The suspension is a higher end version of the Reigers we run on our normal school cars. Mounted on all four corners are 3-way adjustable coilovers with low/high compression and rebound adjustments in addition to double piston hydraulic bumpstops. We’ve added a big brake kit with Performance Friction calipers and rotors with a dual master cylinder, giving the driver the ability to change the brake balance from front to rear, depending on what is needed for the conditions and driving style. And, of course, on the outside of the brakes we’ve mounted a set of Method Race Wheels MR501 wrapped in DMACK gravel rally tires. 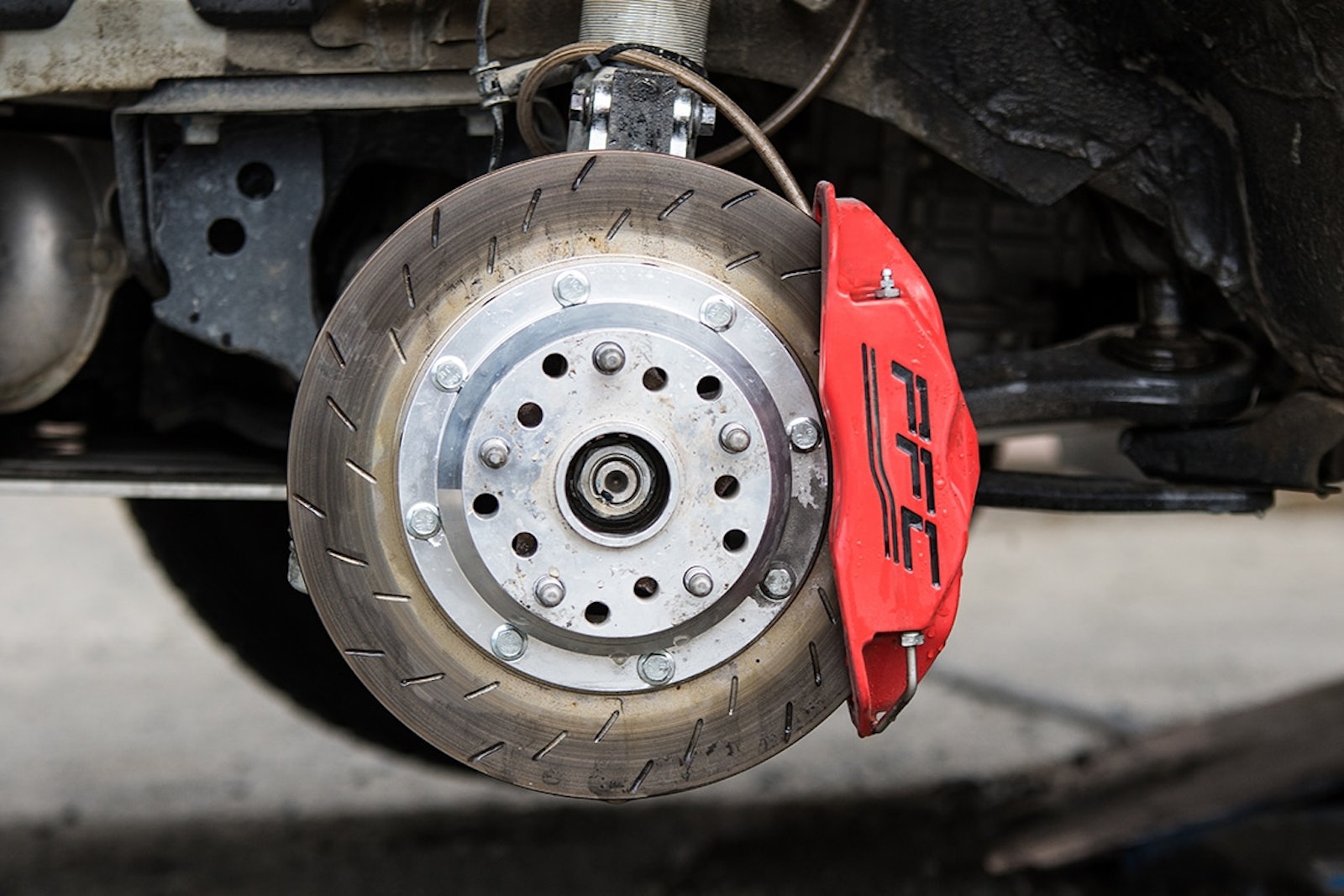 We’ve also done a good amount of chassis lightening by removing any unneeded weight and replacing the rear windows with Lexan. These changes reduced the overall weight of the car by nearly 500 pounds from the stock version – every pound counts, right?

One of the best upgrades we made was replacing the OEM ECU with a MoteC M1 series ECU. The M1 now controls not only the engine management, but also replaces the stock driver center-controlled differential (DCCD for all you Subaru fans). The differential control now has a very aggressive tune, which keeps the center differential locked more often. This gives the driver the best acceleration and braking in and out of the corners, making allowing the car to put more power down to the gravel. The M1 is completely customizable and tunable, allowing us to completely change how the car acts and responds to the driver. It is currently tuned to run on race fuel with a 34mm turbo restrictor. 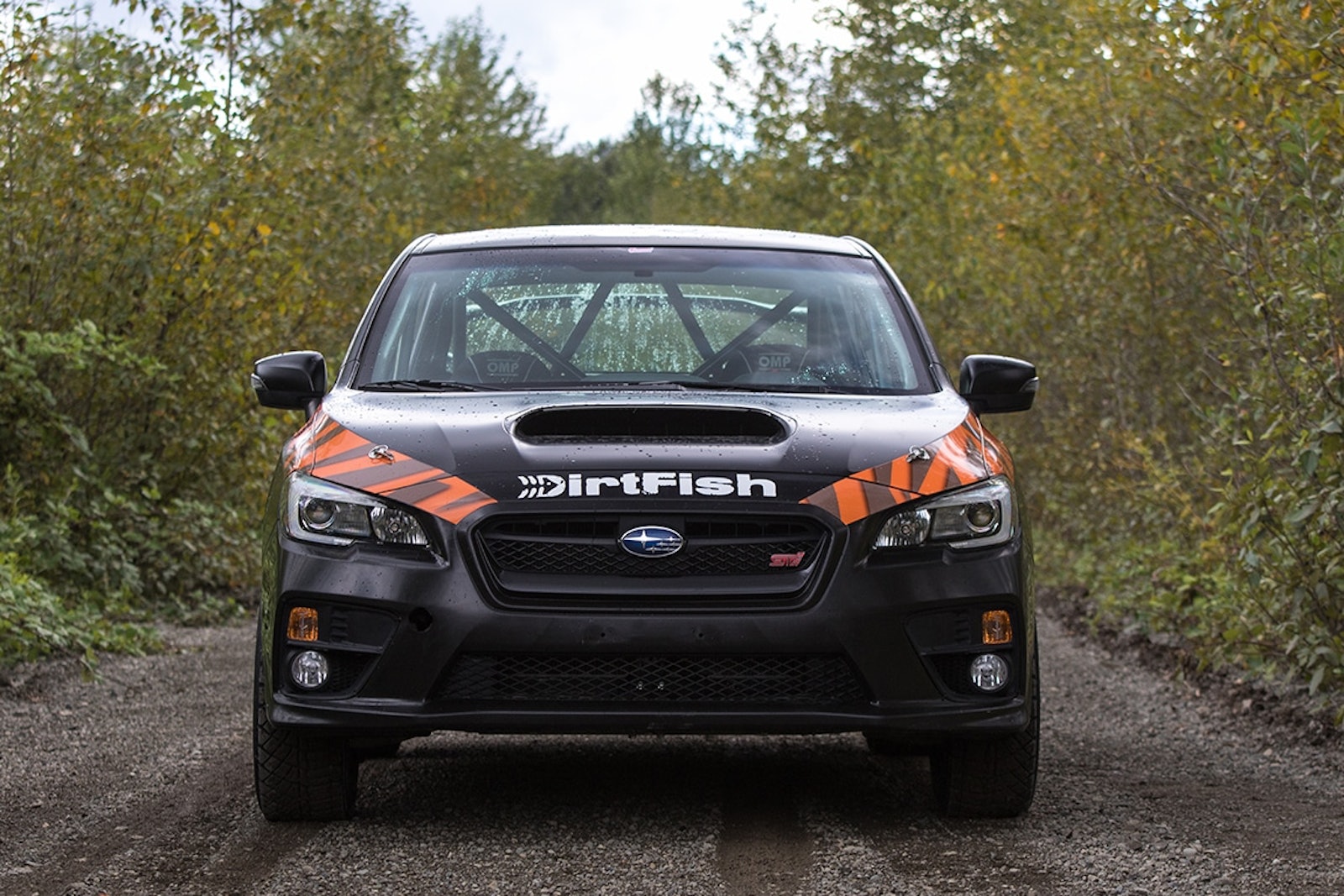 One other unique feature of the MoteC M1 is the GPS which is linked to it. This is extremely useful for teaching, because it gives us the ability to do track overlays and data analysis for each customer. The GPS is another great tool that helps drivers visually analyze their habits and everything they are doing differently between laps. It essentially adds another element which helps our instructors really hone in on specific details for all drivers.

On the road, the stock 2015 Subaru STI is very different from the previous generations. With a stiffer chassis and handling upgrades, the new generation car really shines on twisty mountain roads. Since we started with an already great chassis for the street, everything we modified has created a car that is equally as capable on dirt and gravel. 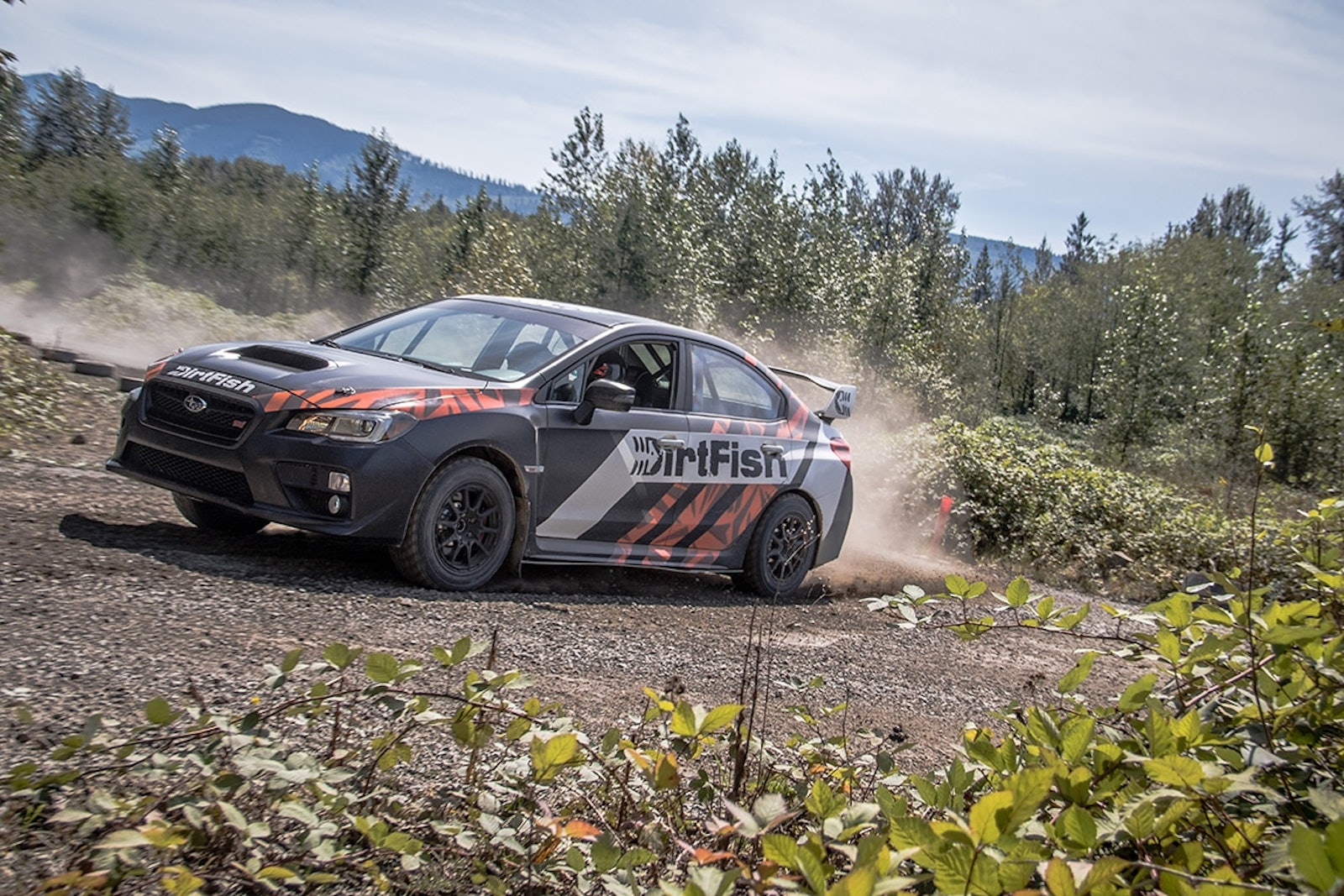 As I previously stated, this car is meant to push the driver. In addition, the car is built to handle a much more aggressive driving style than our basic school cars. I had the chance to take the new Open Class car for a few laps around the “Boneyard” to get a feel for what the car is all about. I learned pretty quickly that it needed to be driven differently from what I am used to. First, the powerband on each gear is extremely short, thanks to the 34mm turbo restrictor. Therefore, I had to shift more often to make certain that I had the proper amount of torque. Second, for the car’s suspension to really work properly through the corners, I had to carry more speed into the corners and be much more aggressive on the brakes. This allowed the car to rotate more and carry more momentum. If the driver is able to enter the corner with the proper speed they are able to begin a good rotation around the corner, the reward is being able to get back on the power much earlier in order to accelerate out of the corner with more speed. 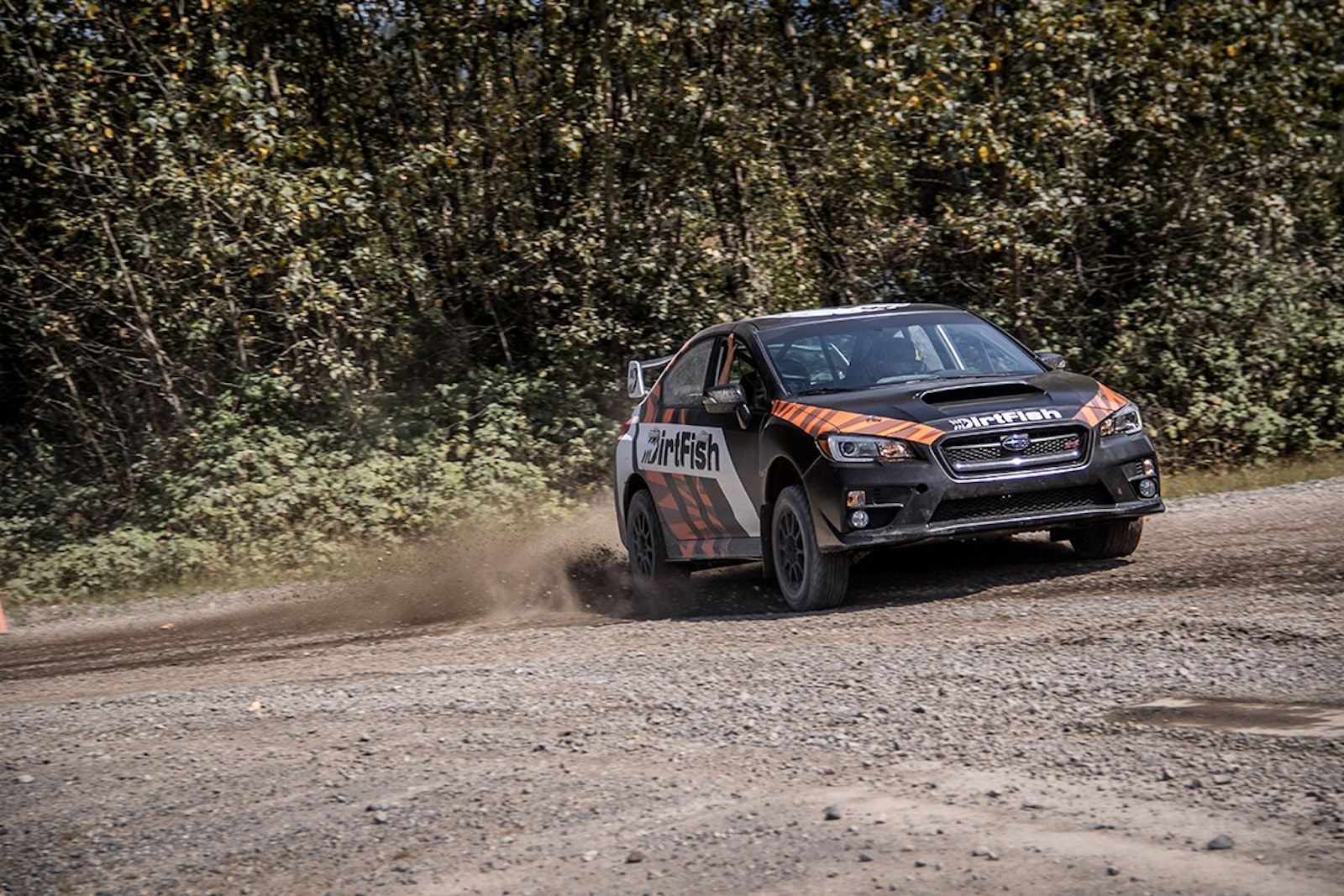 While all of the equipment and technology that went into this car is meant to help the driver blast down a rally stage at a higher rate of speed, it also requires the driver to stay much more committed for it to really work. When driven properly, this car will perform flawlessly for the driver. Thanks to the up-rated Reigers, there is more suspension travel letting the car move around more, giving the driver more control and better traction with smaller inputs. 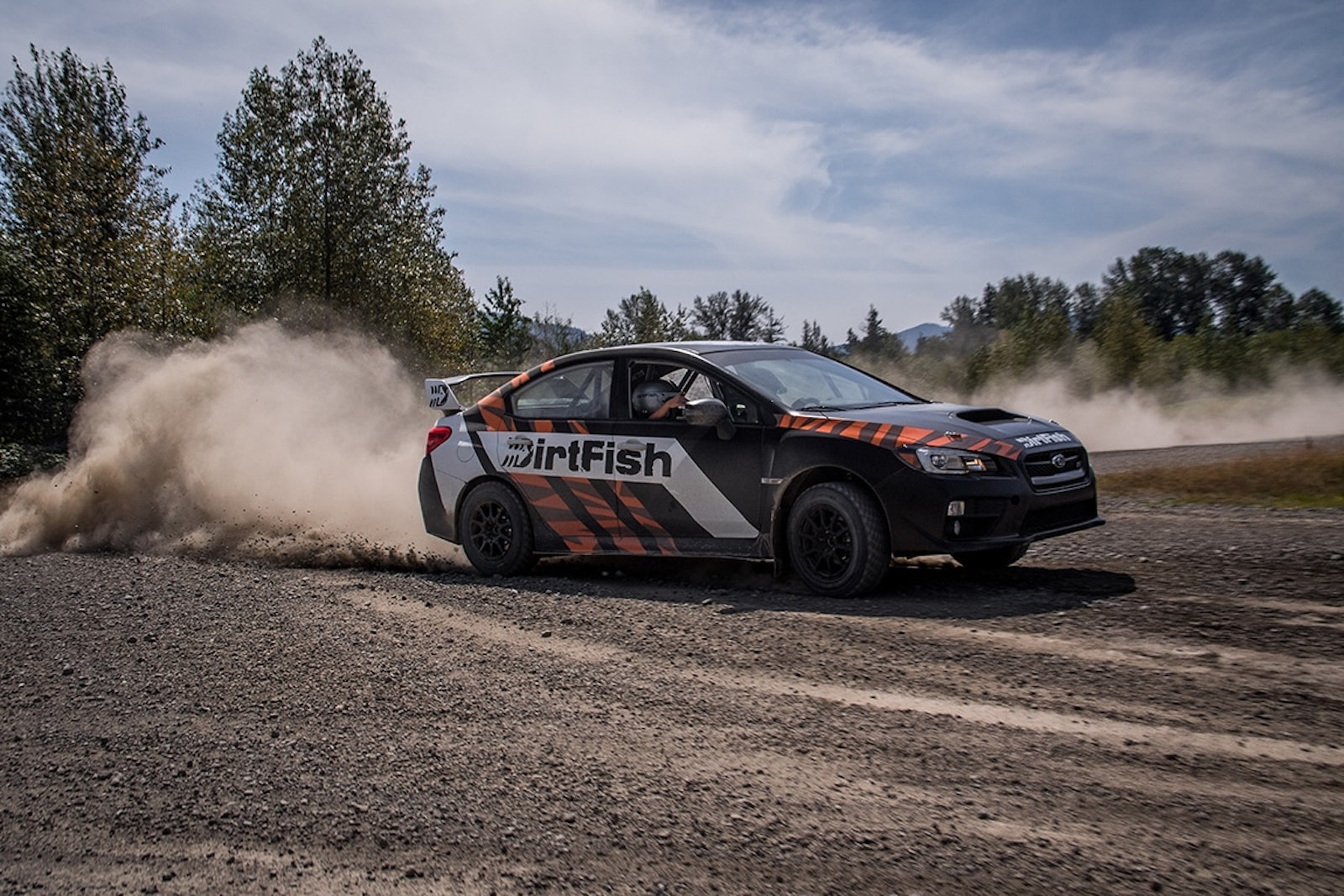 Our new 2015 Subaru STI rally car is an extremely impressive car for drivers who want the opportunity to really hone their skills in a properly built rally car. This car partners well with experienced drivers. Stay tuned for more exciting additions!