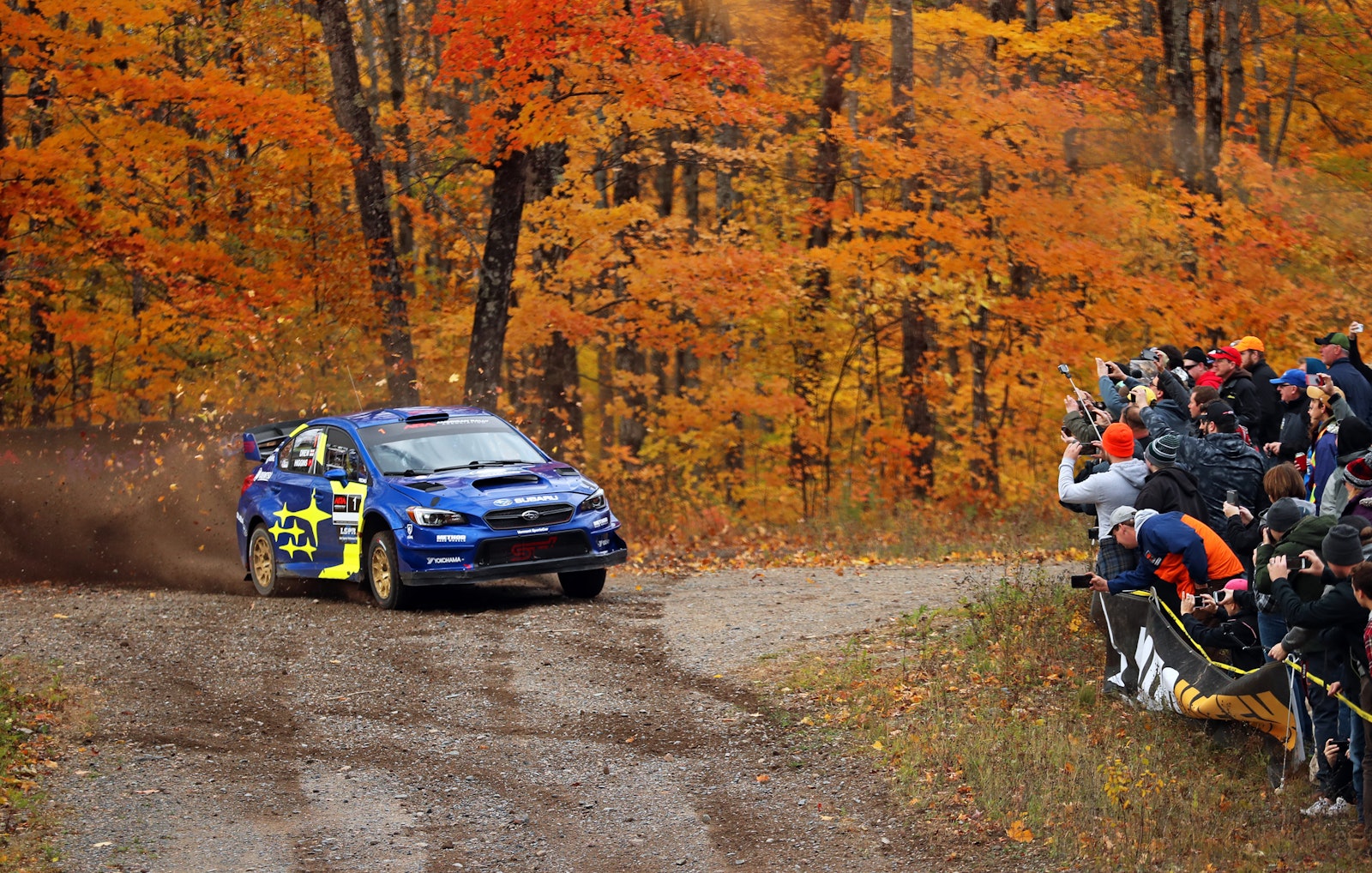 Lake Superior Performance Rally (LSPR) began life as the infamous Press on Regardless TSD rally in 1949. POR became a stage rally in 1969. Like Olympus Rally, this rally has World Rally history. It was part of the WRC in 1973 and 1974. However, due to scheduling and other conflicts, most European teams did not compete in the rally. Unfortunately, it never saw the WRC success of Olympus Rally near Seattle, Washington. In 1994, the Press on Regardless Rally reverted to running as a TSD, and so LSPR was born. LSPR features a famous street stage through the town of Houghton. The rally has traditionally been the last round of the U.S. rally season. Because of that, the event is known for its changing dynamic weather from rain, sunshine, and even snow being possible.