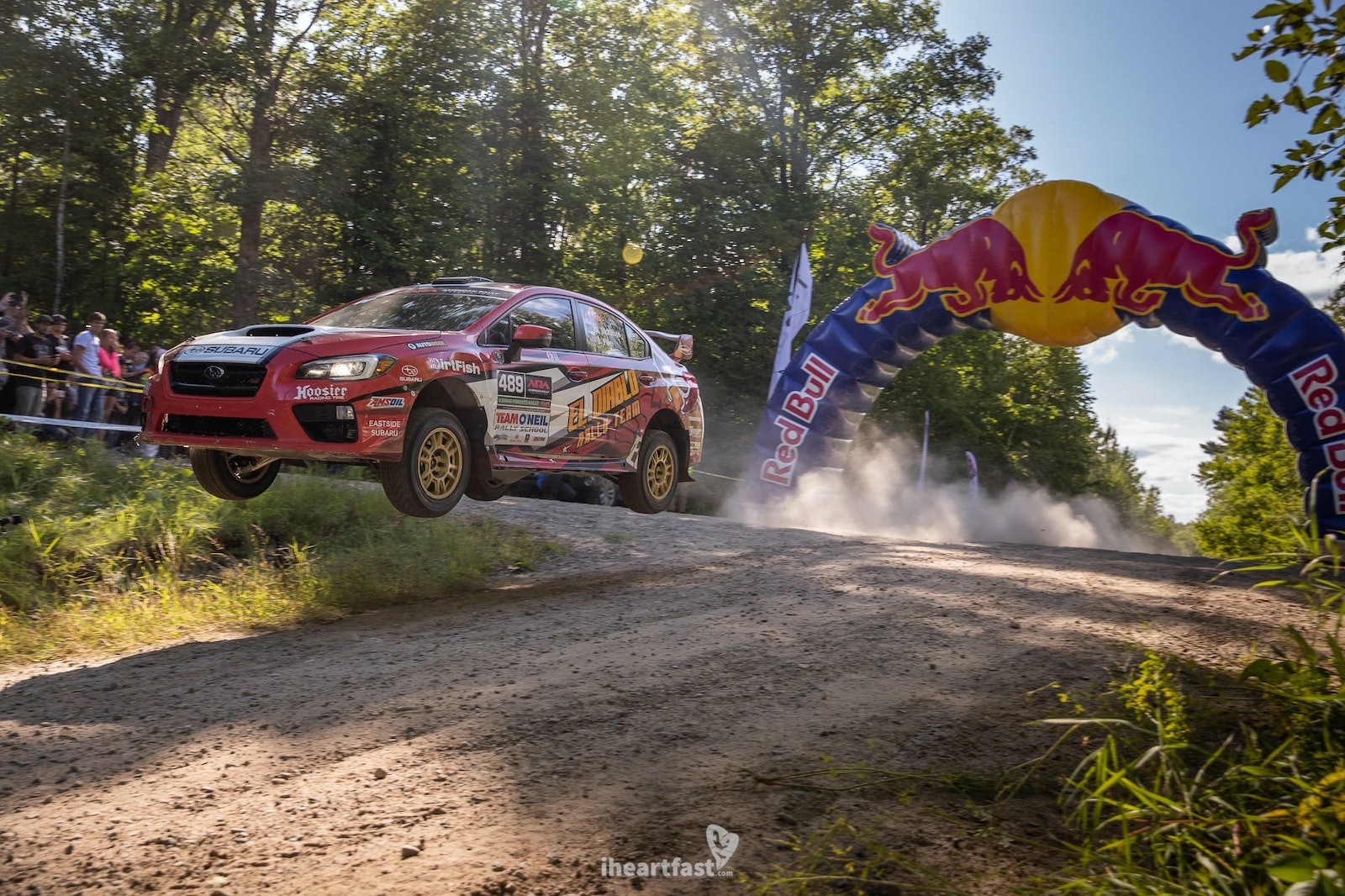 Ojibwe Forest Rally began life as a TSD (Time, Speed, Distance) rally in 1980. As it evolved into a stage rally event, it became known for its smooth and free-flowing roads. However, following some political struggles in the late 2000’s it was eventually cancelled in 2011. Switching sanctioning bodies and host communities several times, Ojibwe Forest Rally returned to the national championship calendar in 2013. Upon its return, the rally added some stage roads that were ATV access roads barely wider than a car. This added stark contrast to the rally’s other fast flowing stages. Each year, the rally culminates with the “Red Bull Jump,” and with the final stage finishing in the heart of downtown Detroit Lakes on a street stage.