The Group B monsters that once roamed the forest and mountain roads of the World Rally Championship (WRC) have always inspired a sense of awe and wonder in motorsports fans around the world. Even today, you cannot attend a motorsports event without someone uttering something about a “Killer Bee”. When the pinnacle of power output for WRC came in the 1980s, fans became accustomed to seeing manufacturers Audi, Lancia, Peugeot and Renault blasting down the stages, only inches from the denim-clad crowds that lined the roadsides. Approaching the end of the Group B era, other manufacturers began entering the scene; Ford released their 600hp RS200, and Lancia replaced the rear-wheel-drive 037 with the all-wheel-drive turbocharged and supercharged Delta S4. Even companies like Ferrari and Porsche had built cars to compete in the octagon of Group B rally. It was such an allure that it attracted the attention of Austin Rover, who had been out of racing for two years when the Fédération Internationale du Sport Automobile (FIA) announced its plans for the new class of cars. That’s when work began on the MG Metro 6R4.

The Metro 6R4 was created for the sole purpose of achieving success in the sport of rallying. Consequently, the 6R4 is very loosely based on the MG Metro of the time, and when you look at the two cars side-by-side, you can see what I mean. 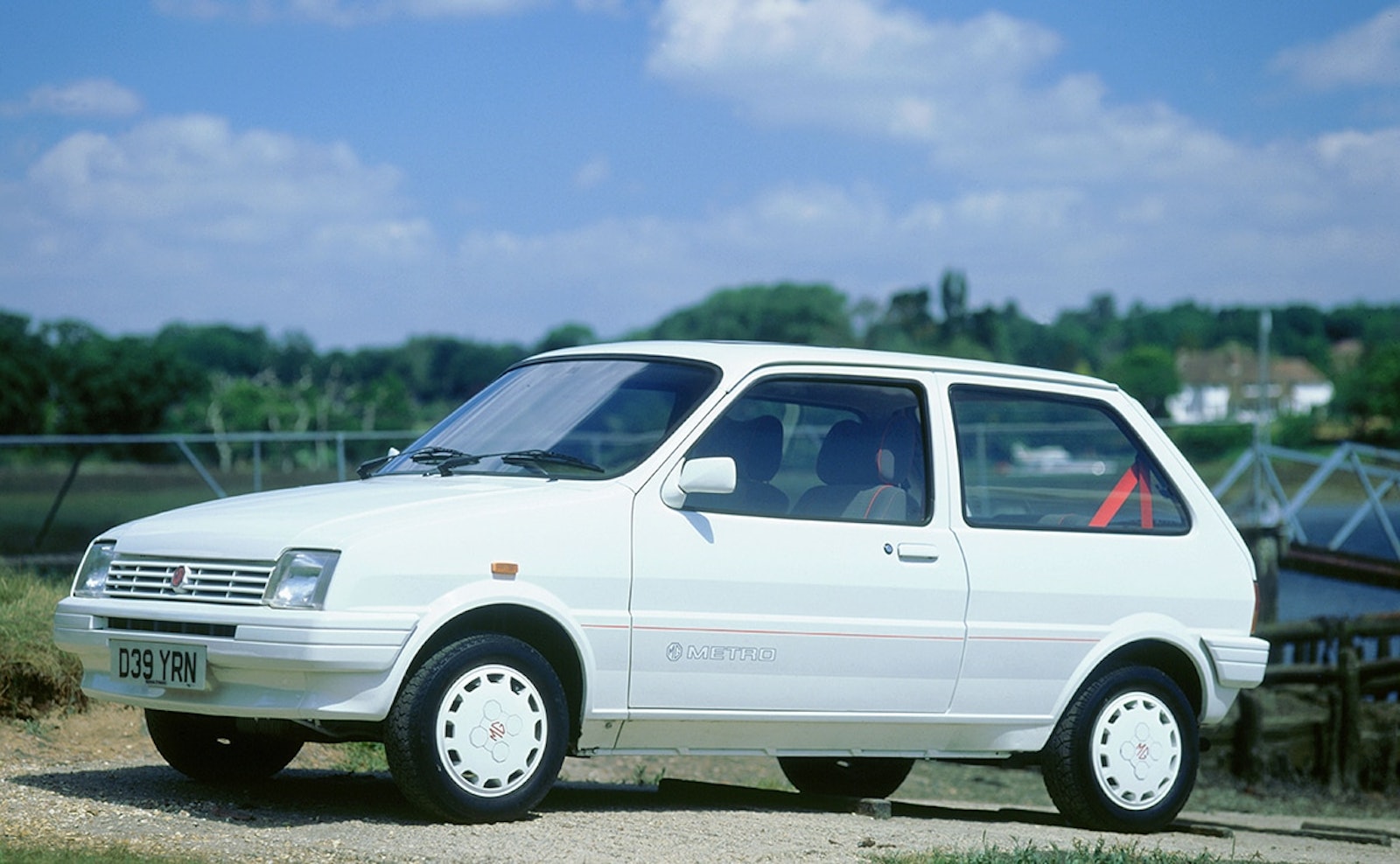 Aside from a few body panels, the 6R4 was built from the ground up. Similar to most Group B cars, it features a space frame chassis and custom fiberglass bodywork that adds an extra foot to the width of the body. Although it isn’t, that extra bodywork gives the illusion that the car is about as wide as it is long. Because of that and the car’s nimble nature, it is entertaining to watch how quickly it changes direction. To help increase the downforce on the front of the car, engineers fitted it with what looks like a snowplow blade. The front wings of yesteryear were not integrated as elegantly into the bodywork as the splitters found on the current generation of WRC cars. When you first see the 6R4 without knowing what it is, you are just waiting to see a group of clowns pile out of it. However, once you walk around and take in all of the styling cues, you begin to realize that someone probably knew what they were doing, and that there is a purpose for everything you are looking at. 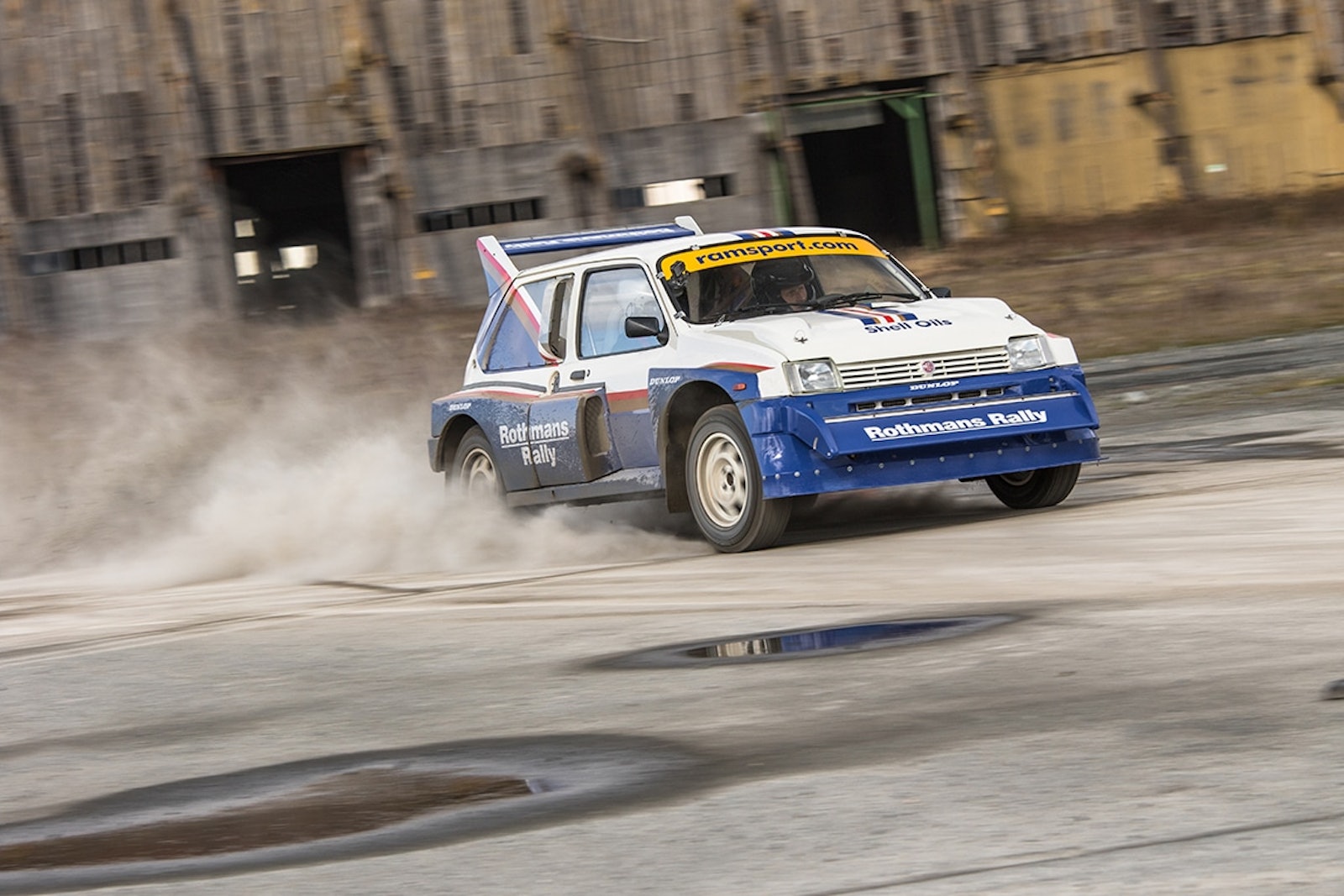 The end result of the styling is thanks to the vision of one man at Austin Rover: John Davenport. As development was just getting underway, Davenport decided that the Group B car should take on the appearance of the Metro, thanks to its small stature. Davenport was quoted saying, “A small car makes a small track look bigger.”

Since Austin Rover had been out of motorsports for a couple of years by the time FISA had announced the creation of Group B, they did not have the resources to build the car they needed to be competitive. Luckily, Austin Rover was one of the main sponsors of the Williams Formula 1 team. Suffice it to say, they had access to all the tools, equipment and engineers they would need to make their dream a reality. 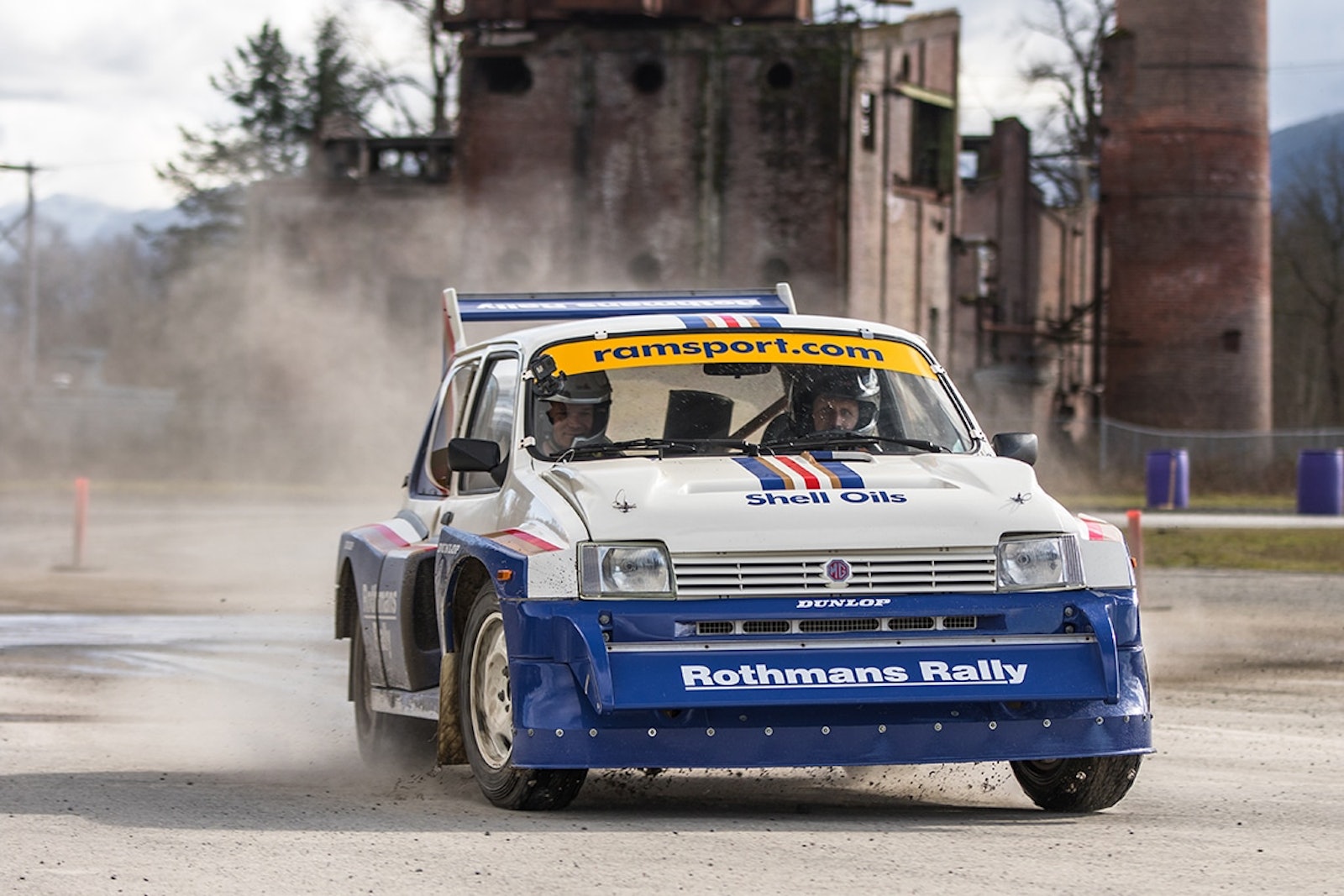 Turbocharged four-cylinder engines were quickly becoming standard in the majority of Group B cars. However, the British-owned Austin Rover opted for a naturally aspirated engine to avoid the lag and heat produced by the massive turbos fitted to other Group B cars. Austin Rover employed the ex-Cosworth engineer, David Wood to design a compact, lightweight aluminum-alloy 3-liter engine to fit the vehicle. While Wood was hard at work on a new engine, the engineering team wanted to test the car, but they lacked a six-cylinder engine to work with. Their temporary solution? They took the 3.5-liter Rover V8, cut off a bank of cylinders, and went testing! Because the Metro’s engine bay was only big enough to squeeze in a four-cylinder engine, mounting the six-cylinder up front would force the driver and co-driver to sit in the back of the car; which was far from ideal for Austin Rover. Ultimately, they decided to have the engine mounted behind the driver, in place of the rear seats. 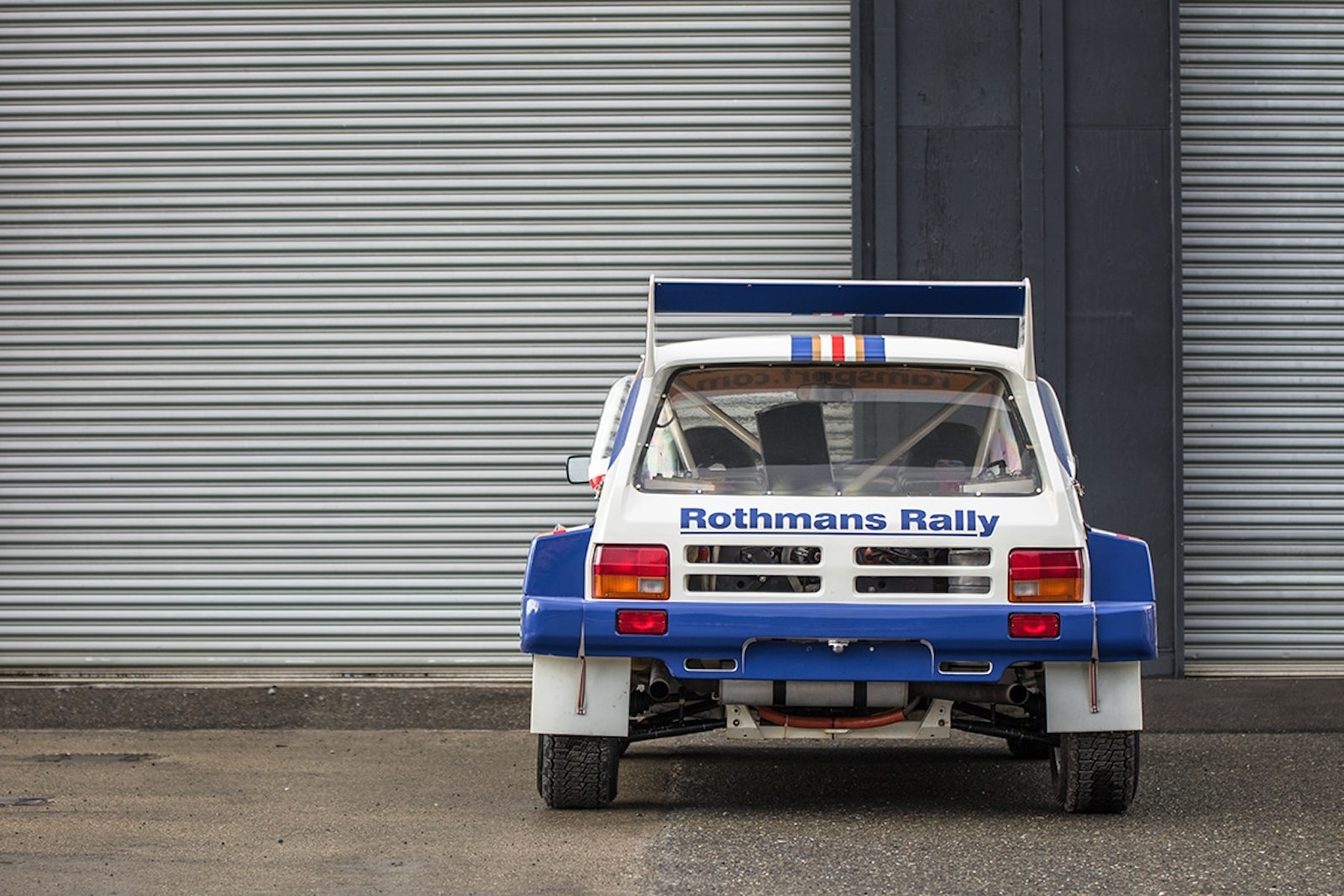 Once Wood had completed his work on the new engine design, the new all-wheel-drive MG Metro 6R4 was finally revealed to the public in 1984. Following the reveal, the car still required a significant amount of testing before it was ready to hit the world’s stage. All this testing was done in the public eye, entering the cars in rallies around Britain. What better place to test a rally car than the types of rough roads it would see in competition! The 6R4 even won a rally at the beginning of 1985, during the Gwynedd Rally. By the time testing had concluded, the car had been fitted with the 400 horsepower V64V engine that could push it from 0–60 in just over 3 seconds along with the eccentric aerodynamics that we see today. Later that year, the 200 units required for homologation were completed so the Metro 6R4 was entered in its first WRC event where it finished in an astonishing third place against the rest of the Group B veterans!

Unfortunately, Austin Rover joined the party a little late. After exhausting countless resources and spending numerous years developing a well-built, well-engineered car, Group B came to its end. The 6R4 only competed in nine WRC events before that dark day in motorsports. 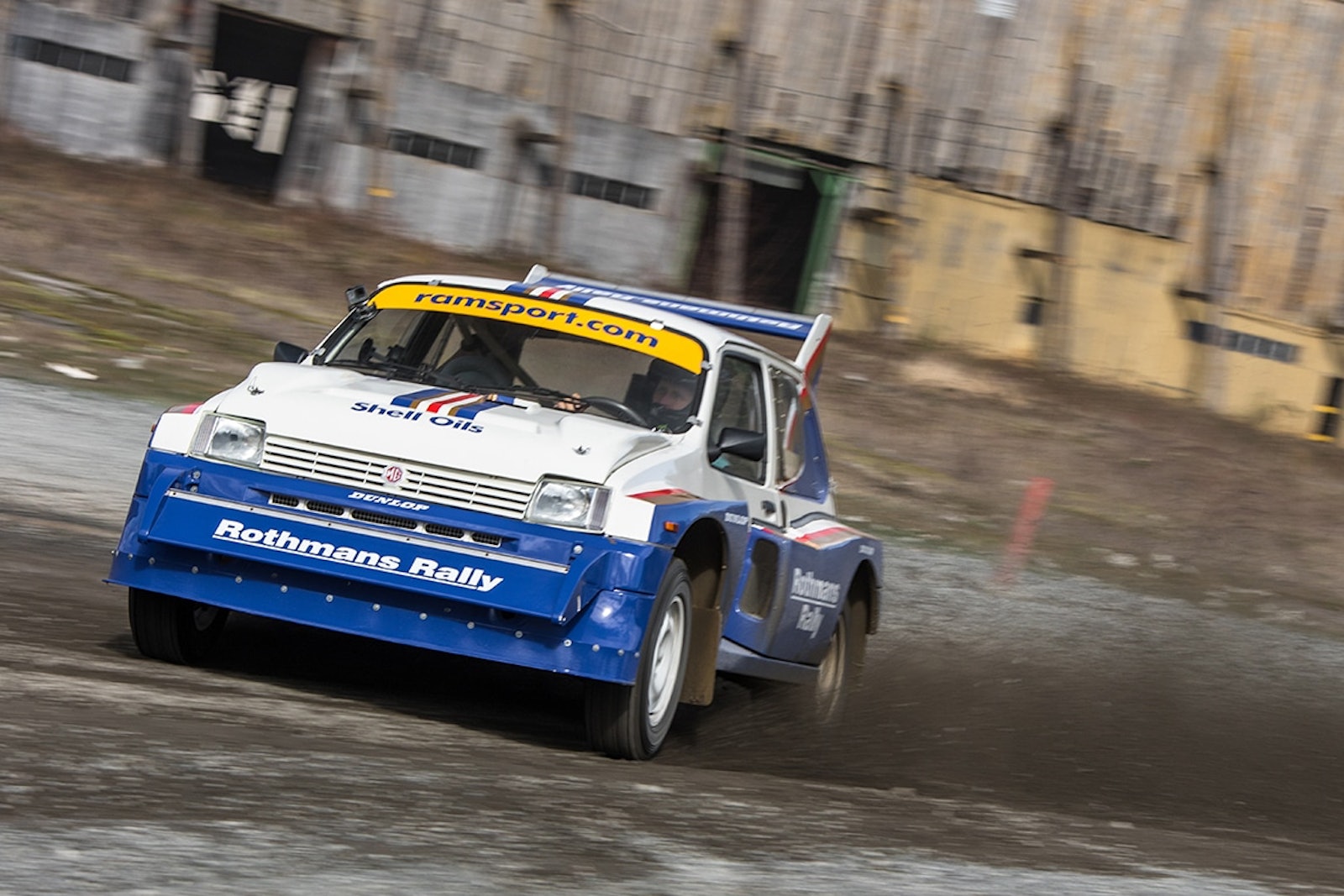 Today, you would be fortunate to see a Metro 6R4 in person, let alone watch one run and move under its own power. A couple of weeks ago, we were not only lucky enough to witness one of these fabled Metro 6R4s outside of a museum, but we were also blessed with watching the one and only Alister McRae give it a proper shakedown on the DirtFish property. DirtFish owner, Stephen Rimmer recently acquired this beauty and gave McRae the keys to test it out. McRae had this to say about the car: “When you consider its age, it is an amazing machine. It doesn’t have the benefit of the modern transmission, yet it still changes direction really well and feels balanced and easy to drive. It gives you the feeling that the harder you push, the better it will be.” McRae went on to say that the V6 engine is “…one of the best parts of the car! It sounds awesome inside and especially outside the car. The car just looks purposeful and has to be one of the best out there.” 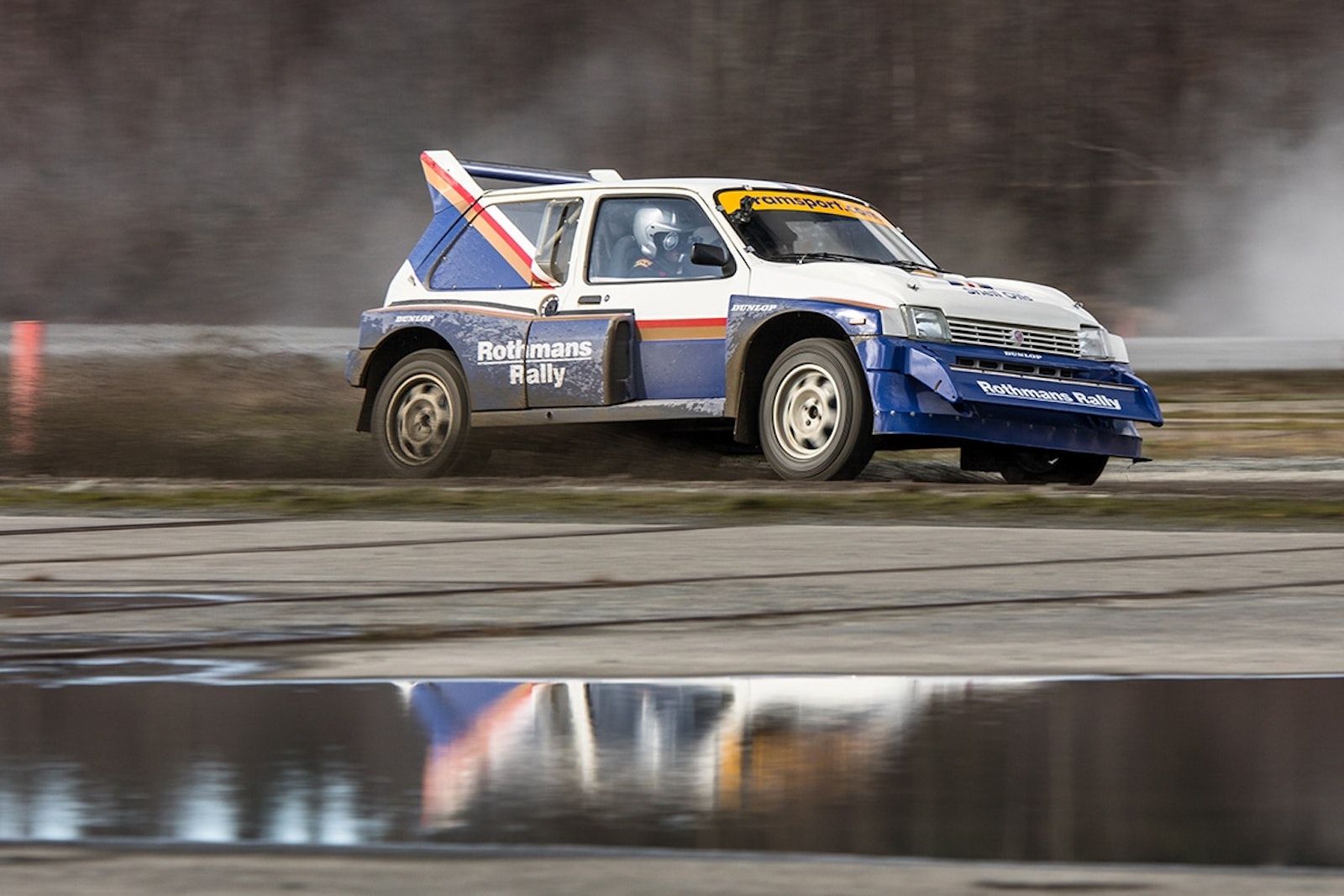 Group B produced some of the most impressive and overwhelming cars ever built. A sincere thanks goes to collectors like Rimmer among others, so US rally-nerds and true motorsports fans are able to still enjoy them. While these beasts are still a rare sight, the world is occasionally graced with their presence.