Prior to 1980, the sport of Rally was dominated by small, rear-wheel-drive cars. If you talk to anyone about this era, there is a good chance that the Ford Escort will come up in that conversation. Everyone knows that the Escort was a very successful car throughout the 1970’s; however, most people forget that between 1977 and 1981, there was another manufacturer that was a dominating force – Fiat.

Following successful sales of the Fiat 124 in the early 70s, Fiat began working on its successor – the 131. In 1974, they introduced the 131 to the public at the 55th Turin Motor Show. Following the release of the standard 131 model and in cooperation with Bertone and Abarth, Fiat began working on the 131 Abarth Stradale for use in competition. To qualify for Group 4, manufacturers were required to produce a minimum of 400 units of the specific model they would be campaigning. In turn, the 2 door version of 131’s began their life in the Fiat factory alongside the other standard production models; however, once the primary chassis was completed, they were pulled from the production line and sent to Gruppo Bertone for bodywork. 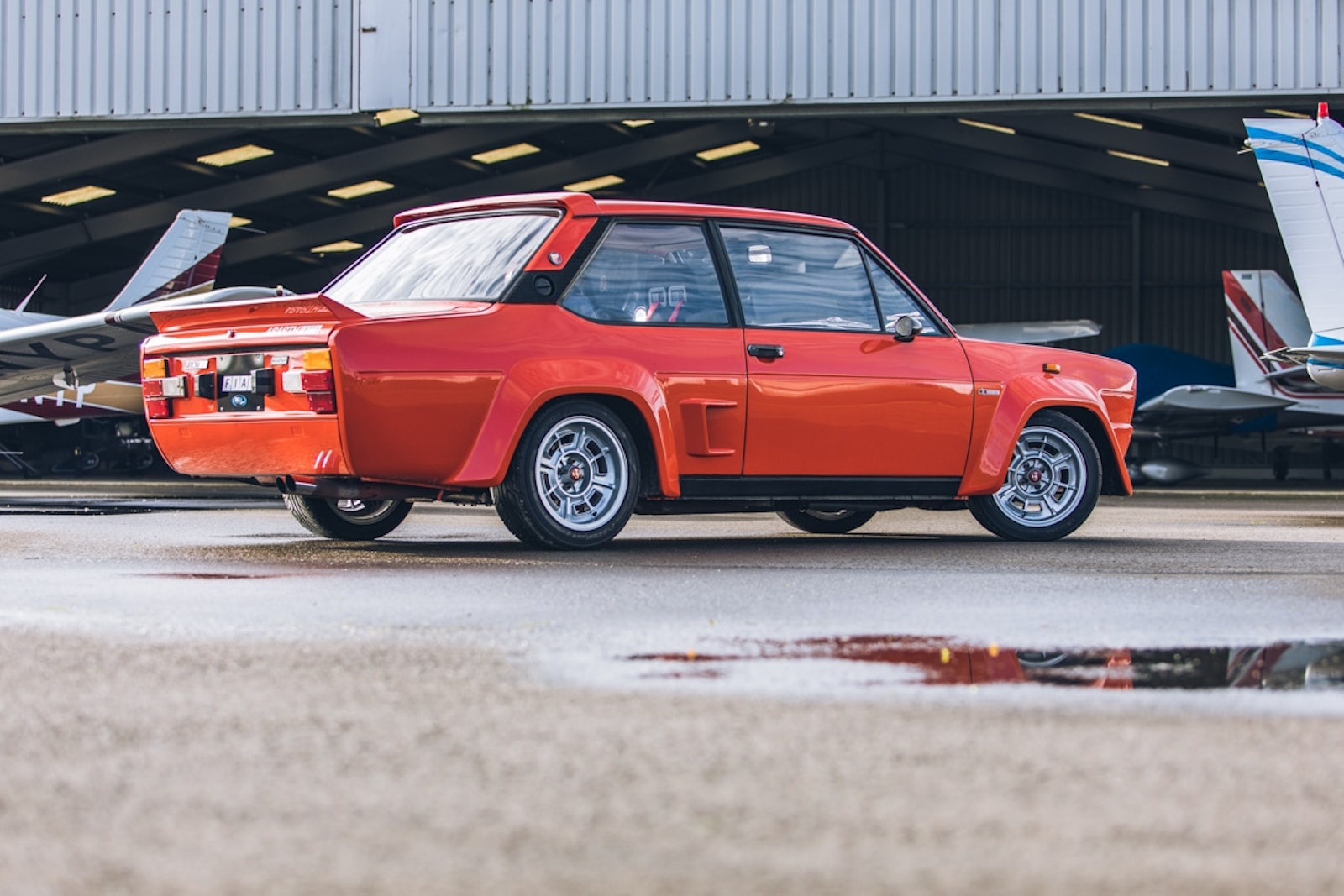 When the 131 Abarth build was initiated, Fiat had been working closely with the well-known company of Bertone for over 50 years. For the Stradale, Bertone was tasked with designing the aggressive, aerodynamic, and lightweight body panels. Nearly every piece of the body is constructed of fiberglass, with the exception of the roof which remained original. Each panel was painstakingly riveted and bonded to the steel frame underneath. Compared to the standard road car, the Abarth featured a more aggressive front splitter, a large scoop on the hood for improved engine cooling, wider fenders to accommodate the larger wheels and tires, and a rear wing for more downforce. All of this, combined with the black grill and quad headlights, gives the 131 Abarth Stradale a menacing demeanor and aggressive stance. 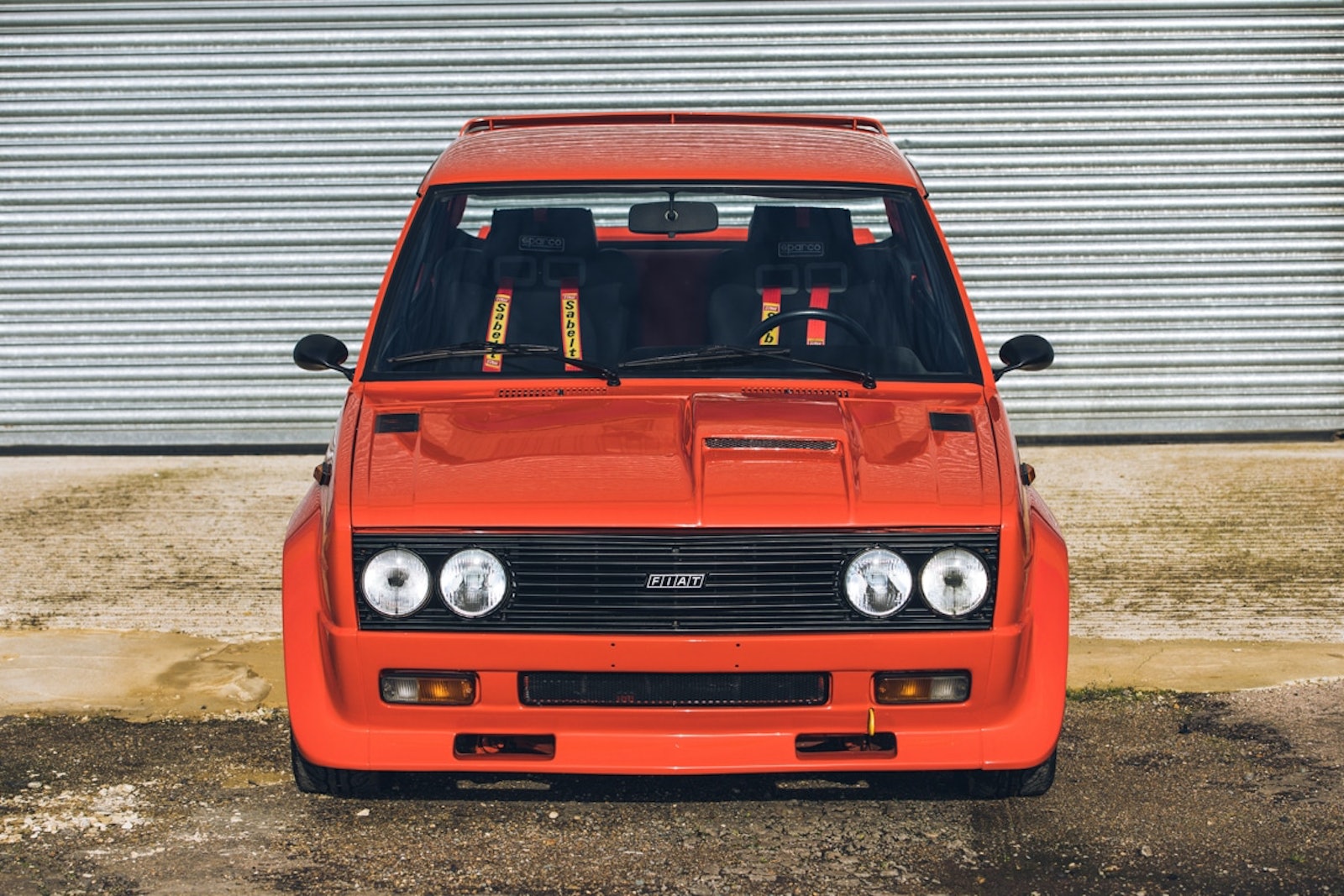 Following the installation of the lightweight bodywork, the cars were returned to Fiat to have the Abarth mechanical bits fitted. By 1970’s standards, the 131 Abarth was the pinnacle of sports cars; even taking down the more stylish Lancia Stratos that had dominated the rally stages since the early 70’s. The success of the 131 was largely attributed to the Abarth designed mechanics and advanced suspension. The engine fitted to the Abarth was an inline 4 cylinder, 2.0 liter that featured four valves per cylinder and a single Weber carburetor. The street build produced 140 horsepower, which was adequate for their 2,100 lb weight. The race trim increased the horsepower to 240, and the car that I had the pleasure of seeing in person had been upgraded to twin Dellorto down draught carburetors…but we will get to that in a moment. 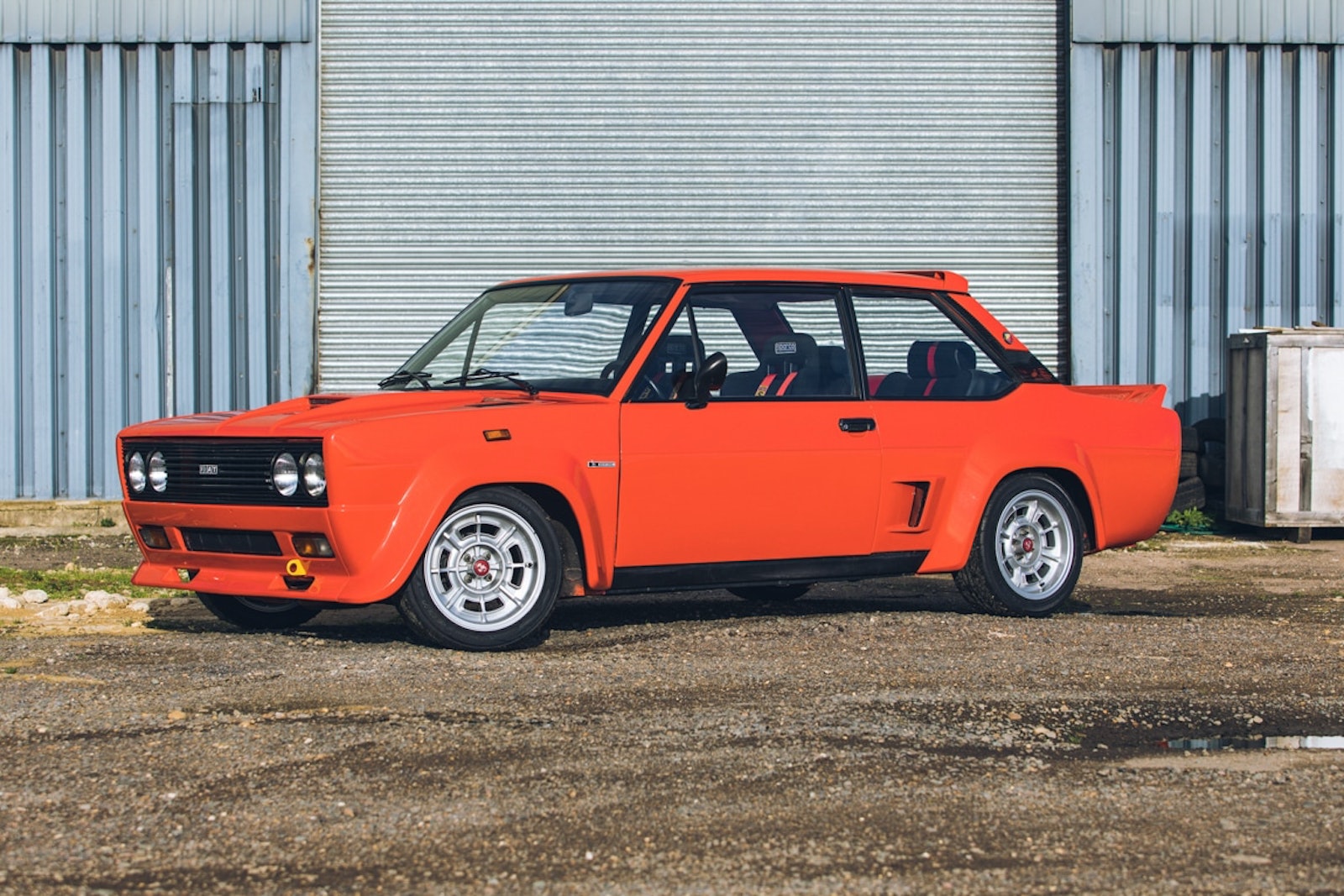 One advantage that the 131 Abarth had over the majority of its street or rally competitors was the suspension setup. While the independent front suspension wasn’t a new idea, independent suspension attached to the rear wheels wasn’t nearly as common. The 131 featured tubular independent control arms, trailing arms, an anti-roll bar, coil springs (coilovers), and McPherson struts. Comparatively, the Ford Escort Mark 2 of the time featured a solid rear axle and leaf springs. Don’t get me wrong, the Escort is a fantastic car and is unbelievably fun to drive, but it was essentially fitted with technology that manufacturers used on heavy duty trucks until recent years. It’s pretty easy to imagine how much better the handling of the Fiat was, which in turn, would make it easier and more comfortable to drive.

Fun Fact: Ford built a prototype Escort to succeed the Mk2 and named it the 1700T. The control arms and suspension setup on that car are nearly identical to what Fiat had fitted to the 131 Abarth. Fiat must have been doing something right! 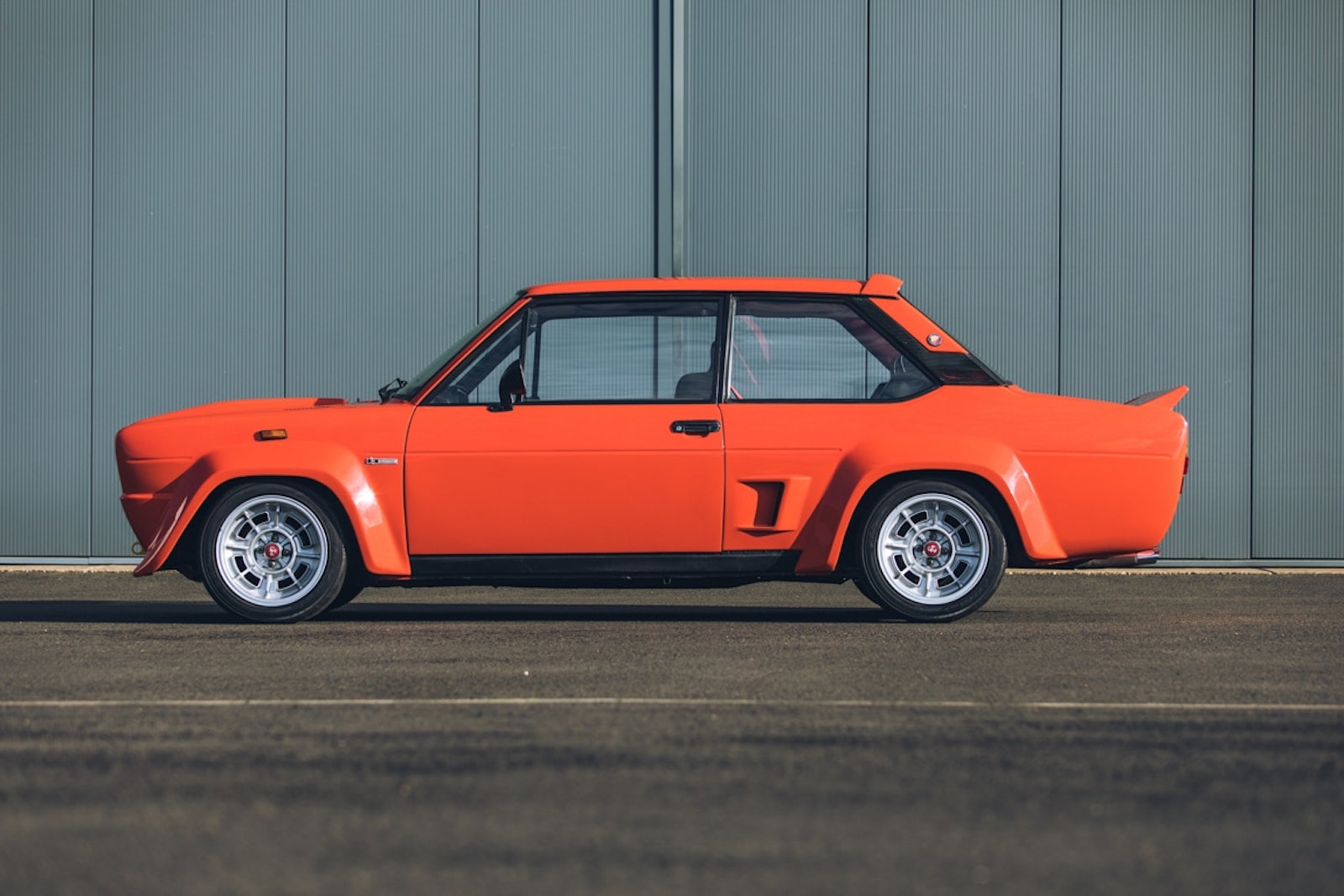 When I began paying more attention to 70’s era cars, I became enamored with the sounds and styling of the Escorts with drivers like Hannu Mikkola and Bjorn Waldegard behind the wheel. That was until I laid eyes on a photo of a beautiful orange Fiat 131 Abarth Stradale that was fresh out of a complete restoration. Unfortunately, that car was halfway around the world at a shop outside of London and wouldn’t be imported to the US for quite some time, so I was left to merely drool over photos and watch videos on my lunch break. Finally, the opportunity came to travel across the pond, and seeing this car was at the top of my list!

When I walked into the shop at BGMSport, some seriously amazing and uber-rare machines surrounded me, but my eyes were immediately drawn to the (DirtFish) orange Fiat which was being detailed and prepped for photos. 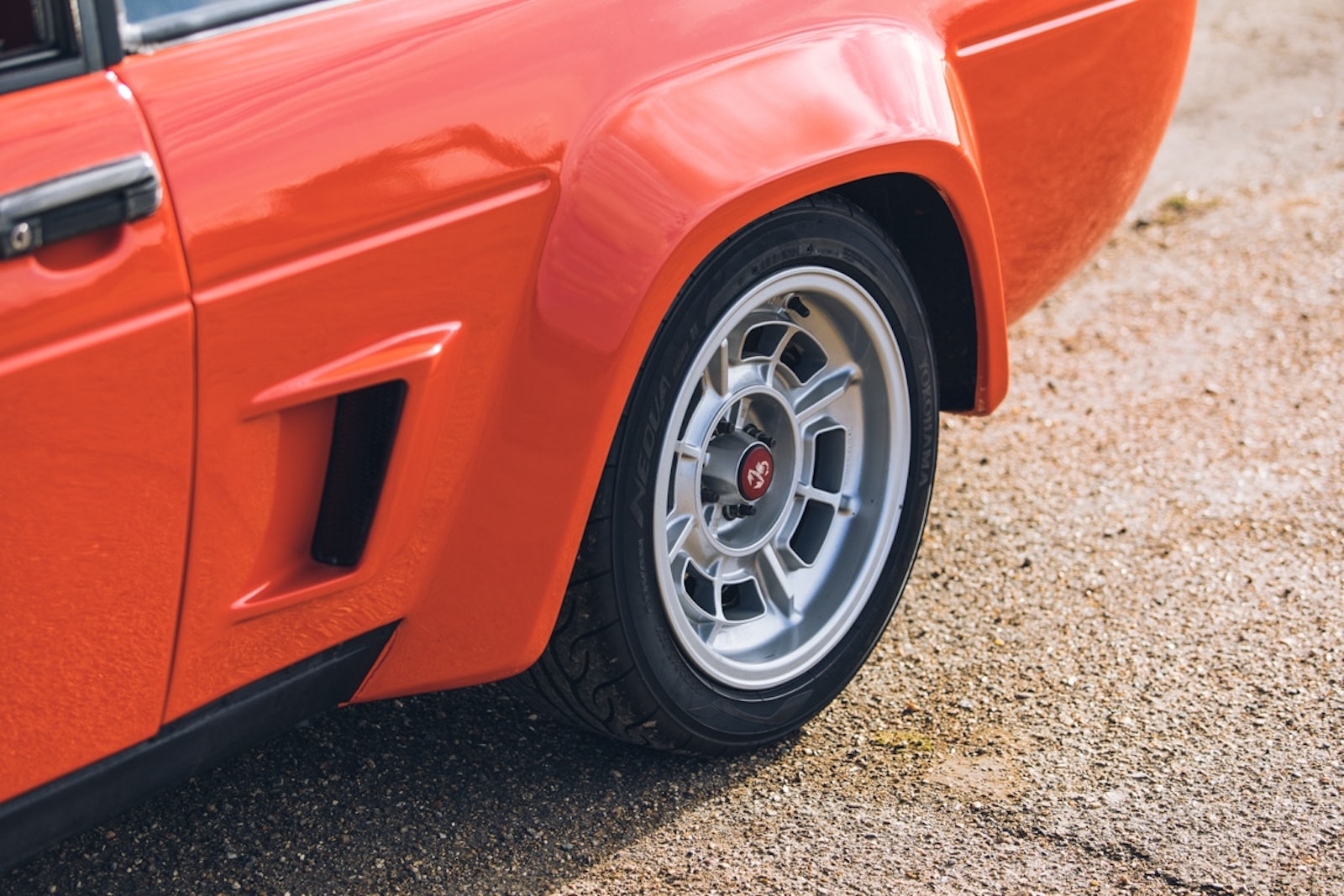 BGM owner, Ian Gwynne, and I took this car and a few others to a local airstrip so that he could show me what they were all capable of. Driving this car did not disappoint, and out of all of the cars that we drove, this was by far one of my favorites (with the exception of the Group A BMW M3, but that’s like comparing apples to oranges). Nearly everything about the Abarth gives you a sensory overload! The bright orange color, the nostalgic smell of the 70’s, the velour seats that you sink into and the acceleration all added to the experience. But nothing (and I mean NOTHING), compared to the unbelievable sound and impressive handling of this car! Unlike Escorts of this period, you could feel the weight transfer each corner of the car as the throttle, brakes, and steering were manipulated, reinforcing the feeling of being glued to the ground. At full throttle, you are overwhelmed by the burly growl that comes from under the hood; you can hear it, and you can feel the vibrations through your entire body. The sensory stimulation, paired with the adrenaline rush it provides is what makes the 131 Abarth special and what makes it so much fun.

Upon exiting the car, I took a moment to walk around and appreciate the styling cues that set this car apart from the standard 131 road car. With the combination of performance, style, sound, and passion, the 131 Abarth Stradale is a seriously cool, hand-built Italian car that perfectly illustrates everything that a driver could ask for in the 1970’s.

Another Fun Fact: Parked in the bay next to the beautifully restored Stradale is an Alitalia 131 Abarth Rally ‘works’ car that was driven by Marku Alen! Unfortunately, it was having some work done, and we weren’t able to take it out. Hopefully, I can tell you all about that car someday… 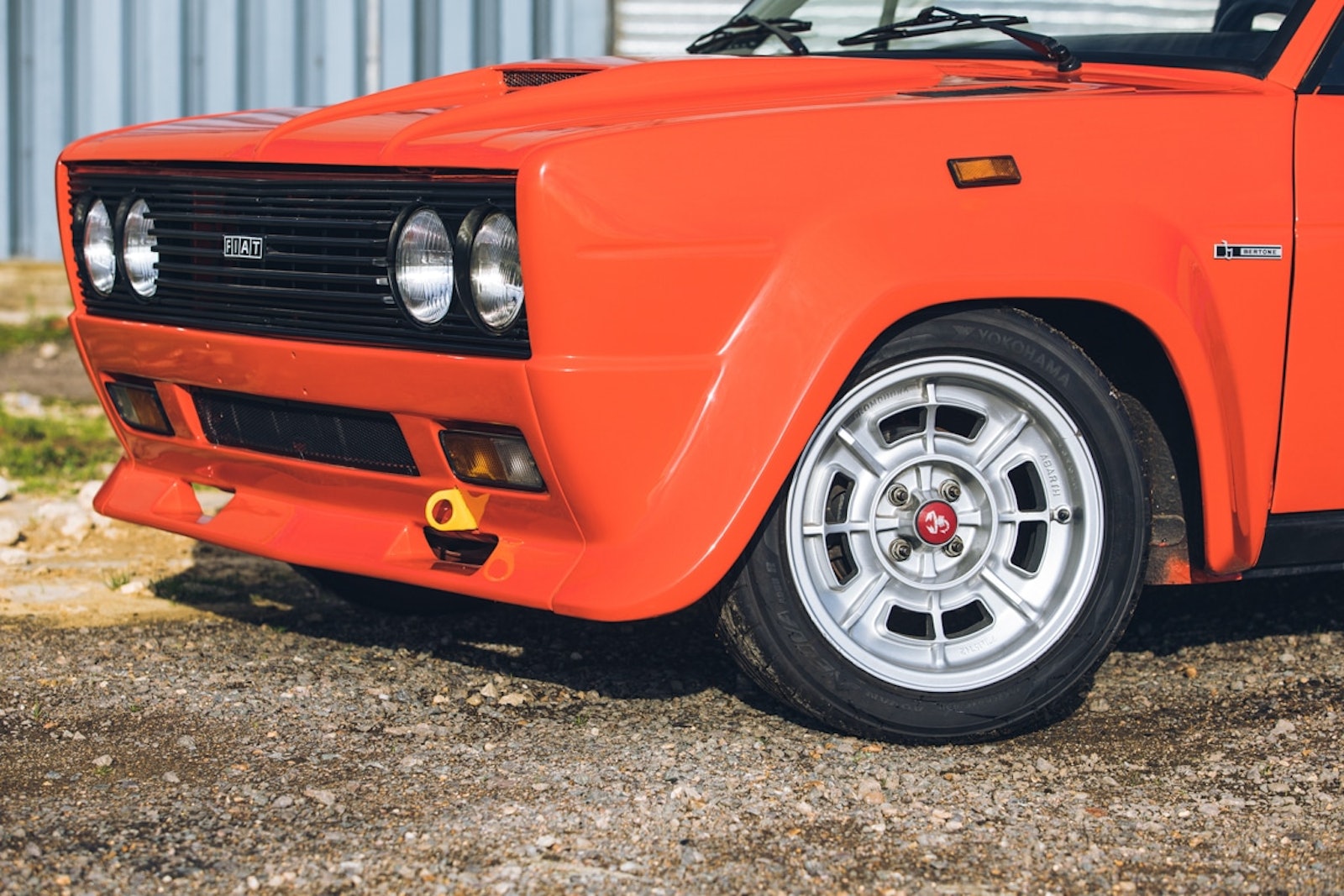 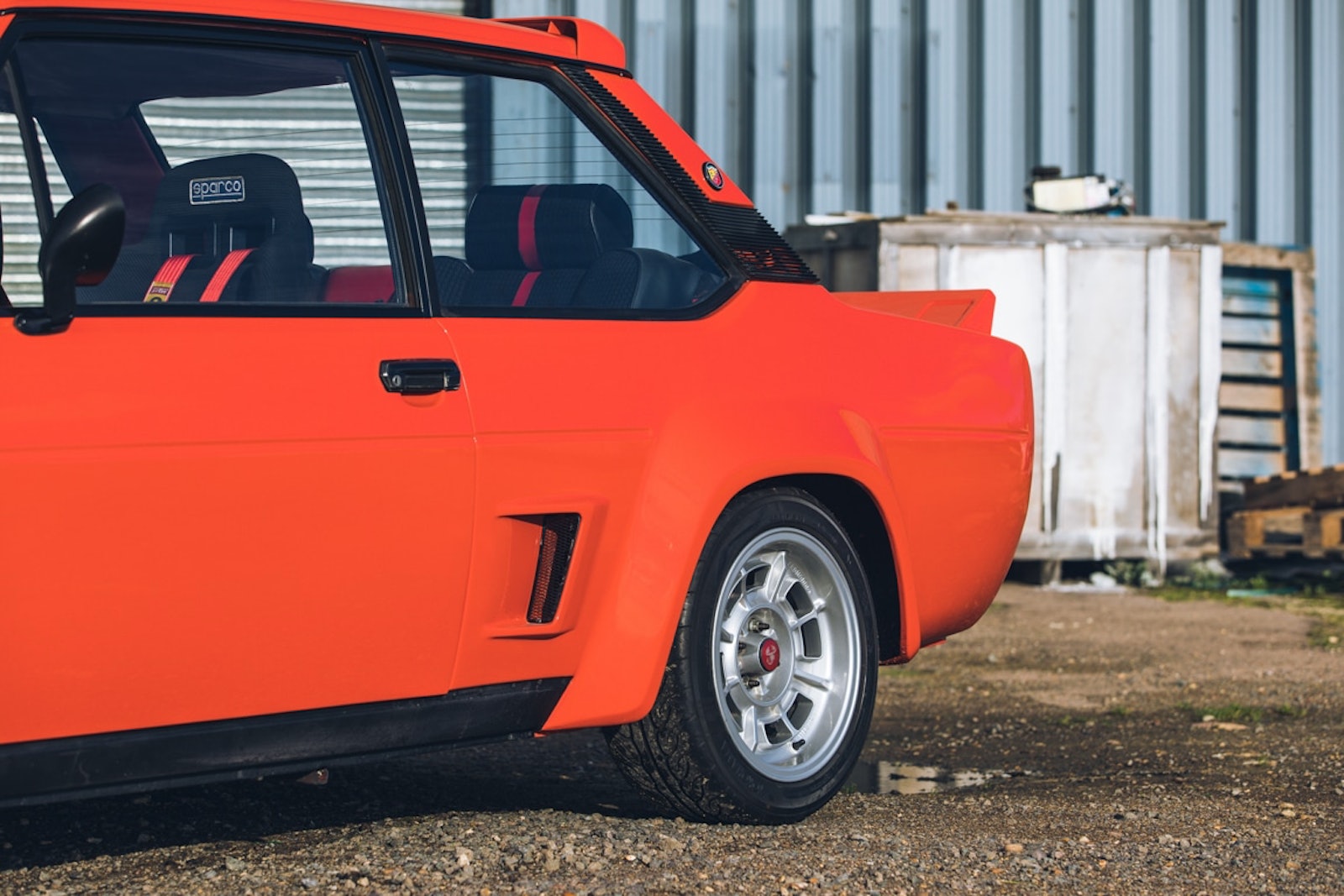 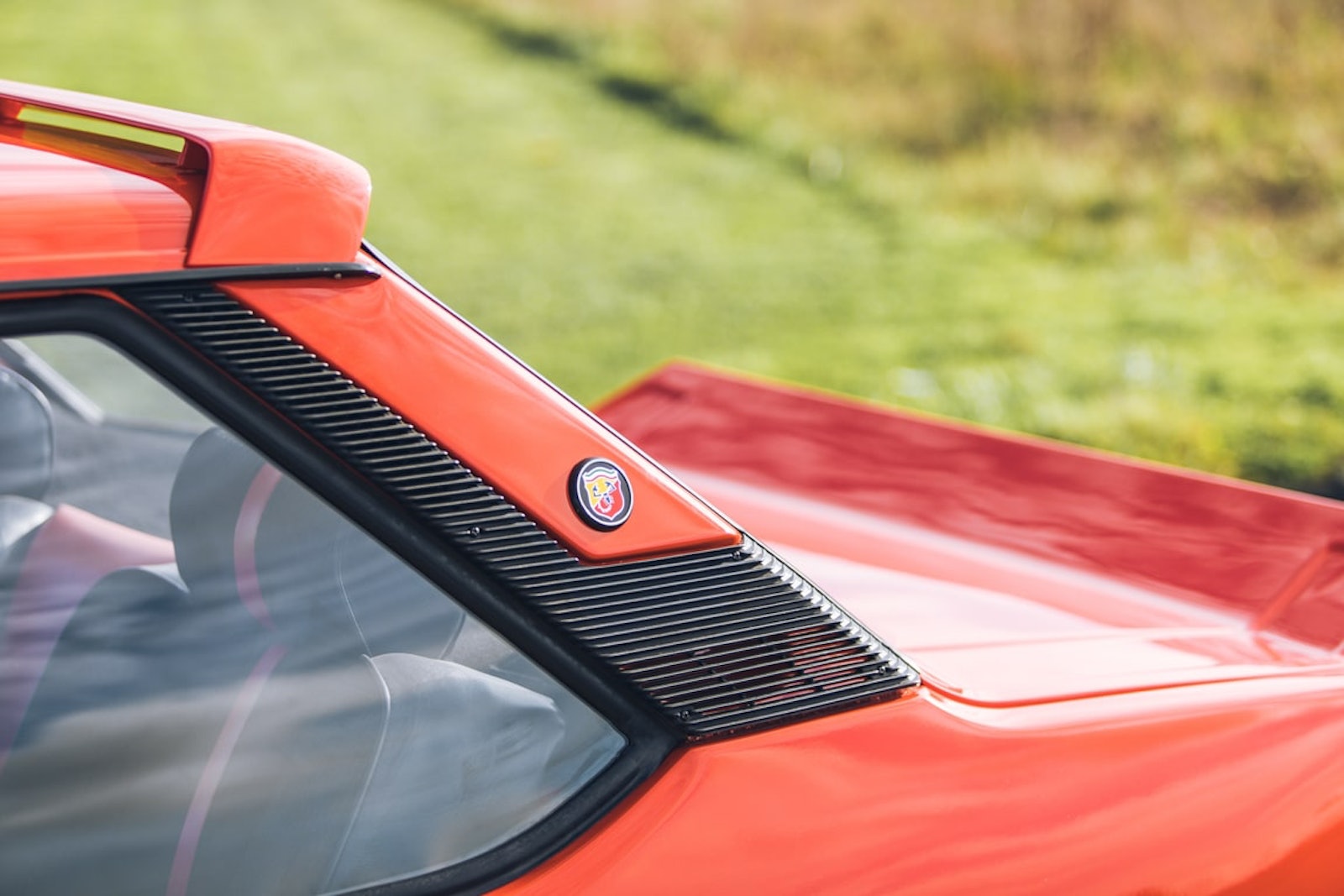 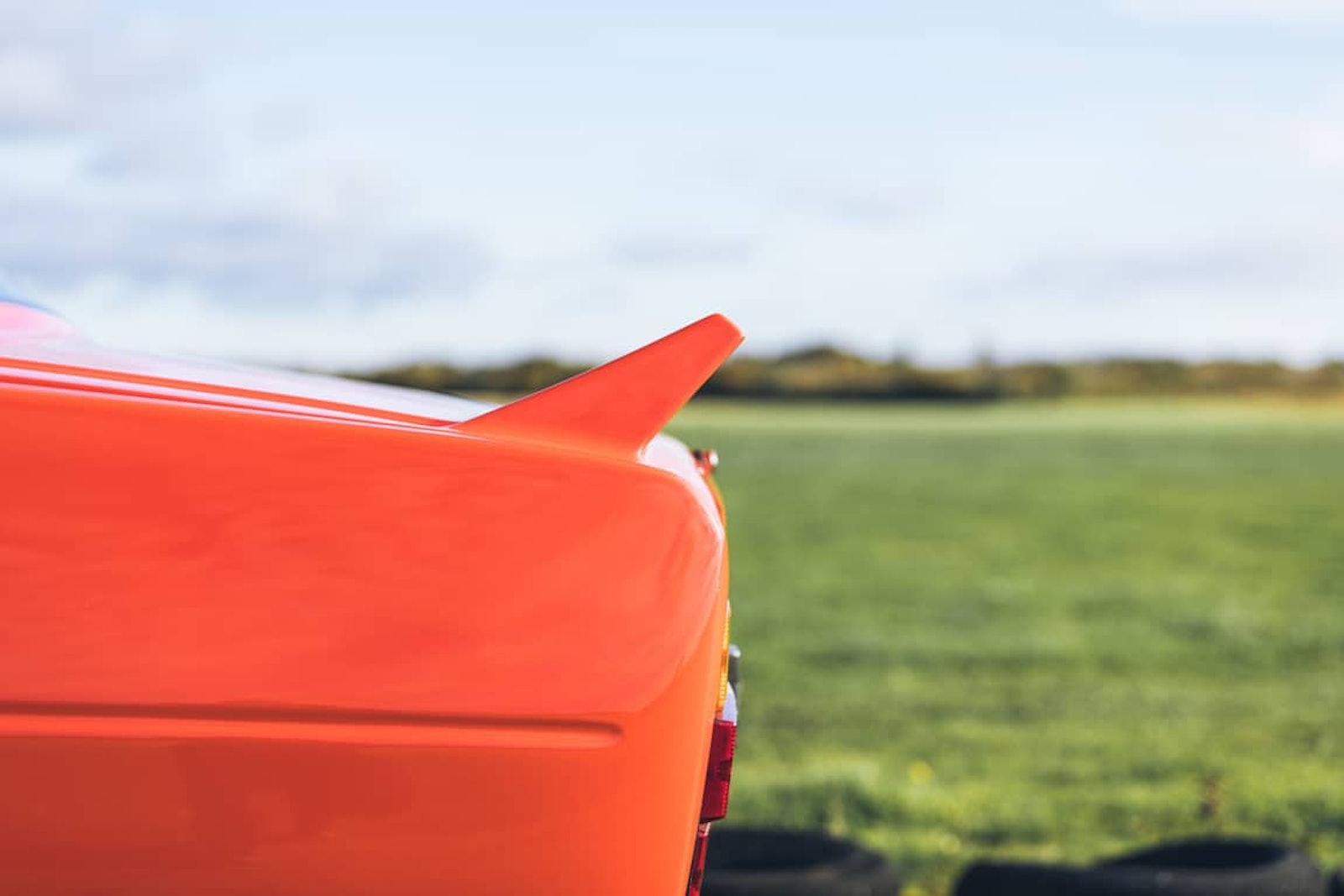 How rally school can make you a better winter driver