DirtFish has teamed up with Dream Garage Giveaway to give you the chance to win a Subaru WRX STI S209.

The S209 is Subaru’s first ‘S’ model to be offered exclusively in the US and is the most powerful WRX STI to ever hit the road, with 341 bhp.

That figure, an increase of 31 horsepower over the regular WRX STI, has been achieved by giving the motor a thorough rework, with all new forged pistons, a redesigned fuel pump and air intake, and a purpose-built HKS turbo, among other major changes.

That power is translated to the road through a six-speed manual ‘box, sending the power to all four wheels – after all, this is a Subaru!

But it’s not just about grunt. The S209’s chassis and underpinnings have been improved as well to make it the most precise handling Subaru to date.

Imaginatively, only 209 S209s are being made with an option of just two color choices. Just 81 will be Crystal White Pearl with Satin Gold wheels, making it the rarer of the two, but one can be YOURS. 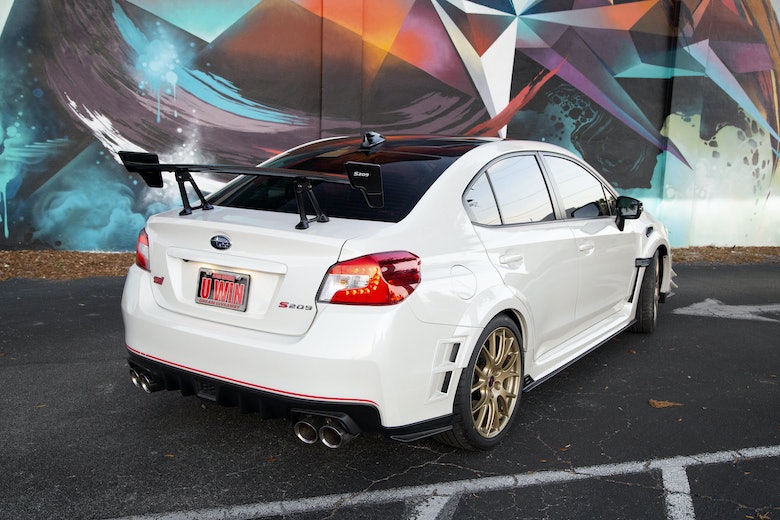 Not only will you get this ultra-rare beast, and $18,000 to cover all taxes, but you’ll also be taken down to clearwater in Florida where you’ll receive the keys to your new Subaru.