You have a camera. I feel certain in that statement because it is currently 2016 and cameras are everywhere. Whether or not you use your camera well is the issue.

For most drivers, capturing pictures and video of your weekend race is an afterthought. Having a dedicated photographer or video team is rare, especially since professionals often charge day rates significantly higher than what you spent on the entire race weekend.

Fortunately there are relatively affordable options, such as personal cameras like a GoPro Hero 4+, or even a higher-end Digital SLR camera like a Canon 6D. Plus, chances are that if you have a race car, you also own a smart phone, which means you probably have a pretty awesome camera in your pocket already.

However, just because you purchased a camera doesn’t necessarily mean that you’re getting the most out of it. That’s what I’m here to help with.

From a professional standpoint, content is king. Capturing and posting content regularly is a very difficult and expensive proposition. That’s why you primarily see the top teams posting the most content. In all honesty, the photos and videos released by the top teams in every avenue of Motorsport and generally what bring in the sponsorship dollars these days. It’s no longer just about how big the sticker is on your car. Your social media reach and content have become integral parts of a driver’s marketing power. Therefore, social media and content have become major moneymakers in Motorsports. 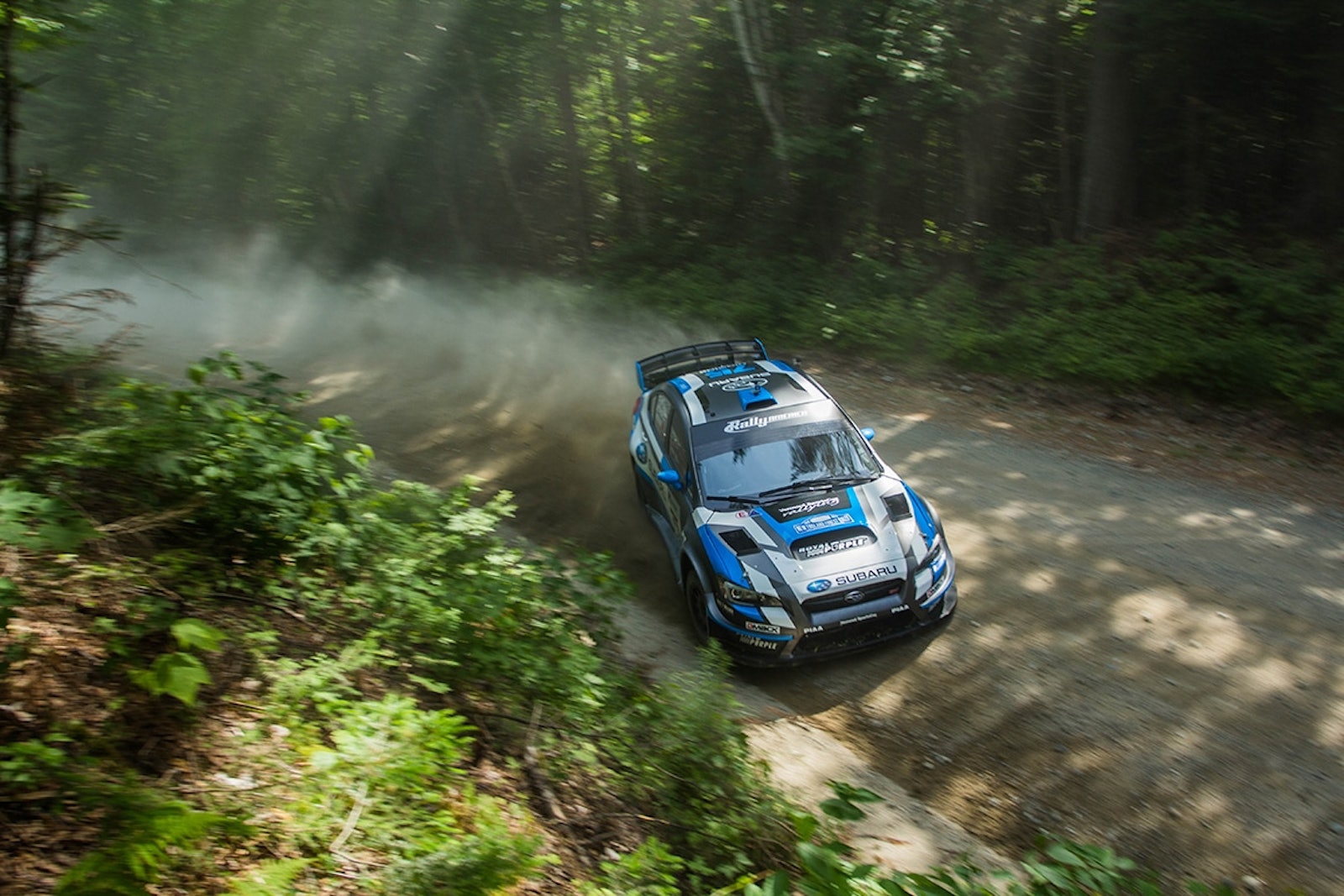 That being said, this isn’t a lesson in sponsorship. I just mention it so that you’ll hopefully understand how valuable high-quality content truly is.

I’m going to give you a few tips on how to get better photos and videos. Whether they’re watched on your laptop later for fun, uploaded to YouTube for the world to see, or presented to your sponsors, better content will only help engage your audience more, including you, the one who was driving!

For starters, I’d like to point out that I have a degree in film from Montana State University. I’ve shot video & photos for clients such as Formula Drift, Bridgestone, and Warren Miller. While I no longer work behind the lens, I continue to make a living producing high-quality content. It’s what helps set me apart from most drivers in our industry. I’ll provide you some common sense tips that you can employ to capture better content on race day.

Where to Point the Lens

As a general rule of thumb, the more movement you can fit into the frame, the more visually engaging the end result will be. That should almost be common sense for video, but it goes for photos as well. Motorsport is based on movement, and movement happens to provide ample opportunity to capture itself in photos. That’s why every car magazine you pick up is loaded with amazing photos of crisply-focused cars with blurred roads/backgrounds around them. It gives a sense of speed while simultaneously bringing your attention to what’s in focus. 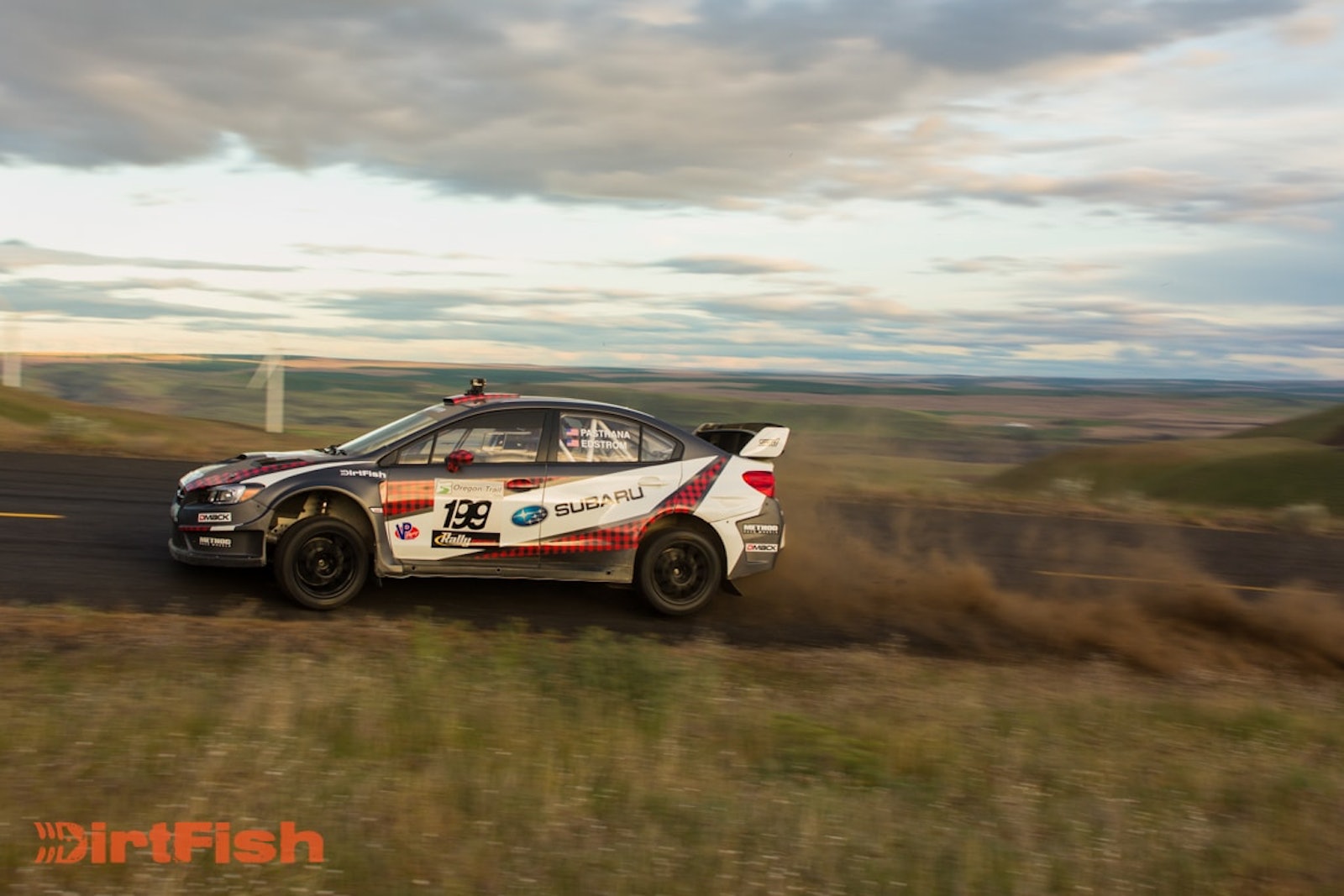 My advice is to move your camera around. Try different angles and settings. See what you like best! The drivers that change their car setup often, are more likely to find the best settings for a particular track than a driver who simply focuses on driving. In this manner, the camera that is mounted to the roof of your race car and faces forward will always provide reliable content for you, but it will quickly become boring. You’ll find yourself scrubbing through the footage to find that one particular moment instead of watching the footage because there’s something to learn from it. Move your camera and see what different angles look like, but the best part is, you can do this in your garage! And if your car is street legal, you’ve got a perfect excuse to go for an evening drive and try out some new angles.

One of my favorite camera positions that’s easy on almost any car is on the rear window, behind the driver, facing forwards, with the driver’s window down. It will give you loads of information as you watch. You can see the driver’s head and thusly where he/she is looking, the steering wheel is visible to show the driver’s steering technique, the front wheel of the car shows the overall steering angle, and you can still see the track and where the car is headed, which is pretty much all you see from a roof-top angle. A simple move of the camera’s position added all that information into the frame, and thusly, made your footage that much more exciting to watch.

Another tip, aim your camera down slightly. No one cares what the sky looked like at your race, but they do care how fast you were going and what was going on around you. Capture more of what’s important by placing the horizon at the top third of the frame. You’ll still see a bit of sky and the horizon, but now you’ll have a better sense of speed since the track should now occupy more your your frame. 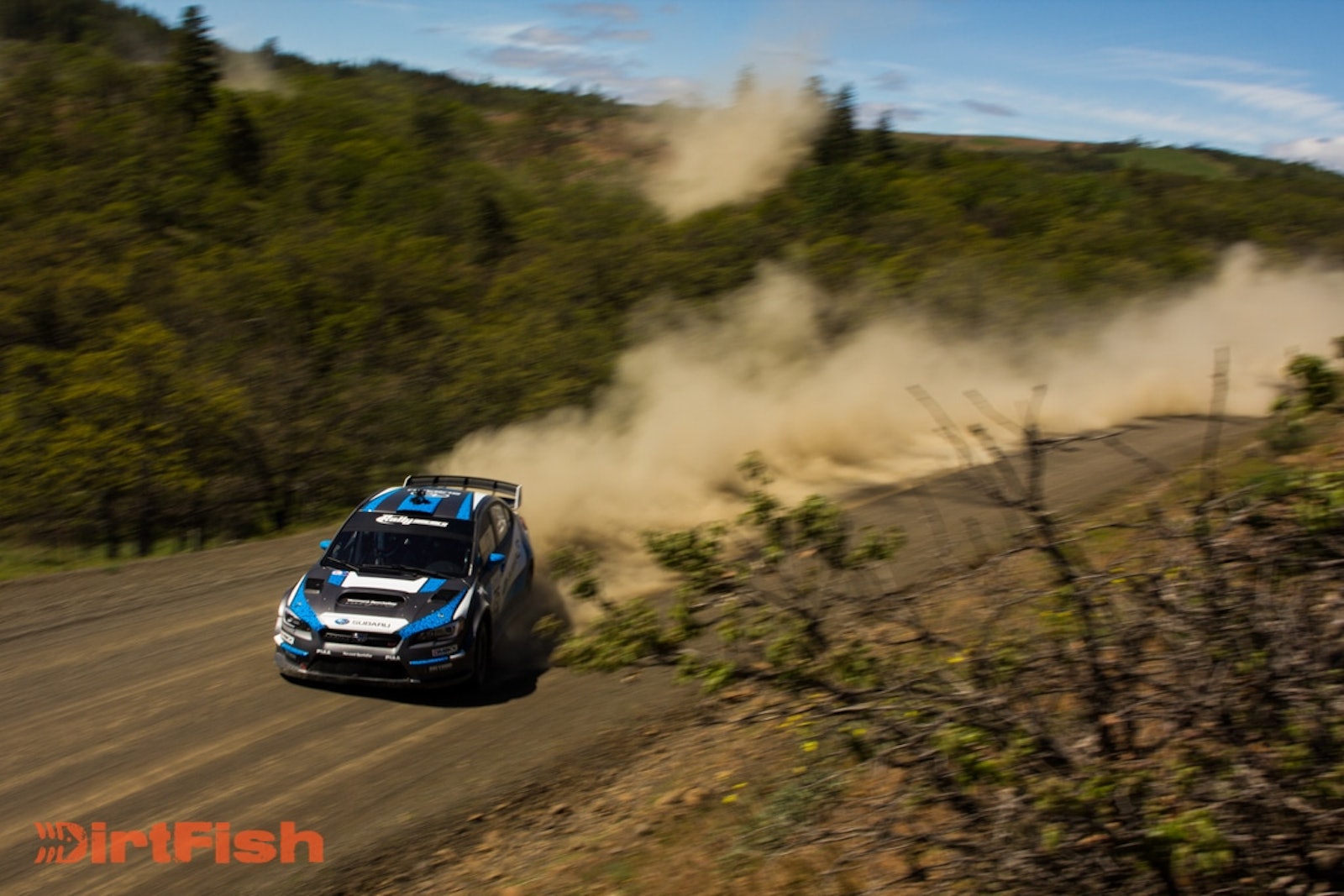 Put Some Thought Into It

When you’re in the garage on Friday night getting your car ready for the race Saturday morning, the last thing on your mind is what angles will make your car look good. Unfortunately, just like a well-prepared car takes months to assemble and prepare, good shots require some effort as well.

I also assume that, like me, you probably never took the time to read the instructions for the GoPro sticky mounts that inform you that you should apply the 3M tape and base a full 24 hours before use. This allows the glue to set properly and minimizes the chance of watching your $400 camera go bouncing down the track at 100mph. This minor detail has caused more damaged cameras and useless footage of the ground than I care to admit.

Try some different angles! The more angles you try, the more you will learn about your car, and how to make yourself look good. Sure, you’ll find some less-than-stellar angles. You may even find out that an angle you’ve been wanting to try because you’re convinced it will be awesome turns out to be wildly  mediocre. The important thing is that you’re learning as you go. Mount cameras in the car to watch your footwork. Try mounting one facing you to see how your eyesight is (warning: your vision probably isn’t far enough ahead). Mount it facing the gauges. Mount it facing you through the steering wheel. Mount it in the engine bay. I’ve even mounted cameras underneath my car to see the tire’s contact patch under acceleration/cornering. Watching the suspension do its thing while the car drives is mesmerizing, and you may find yourself watching it with more interest than the footage from the mount on the hood. Go nuts with the angles! 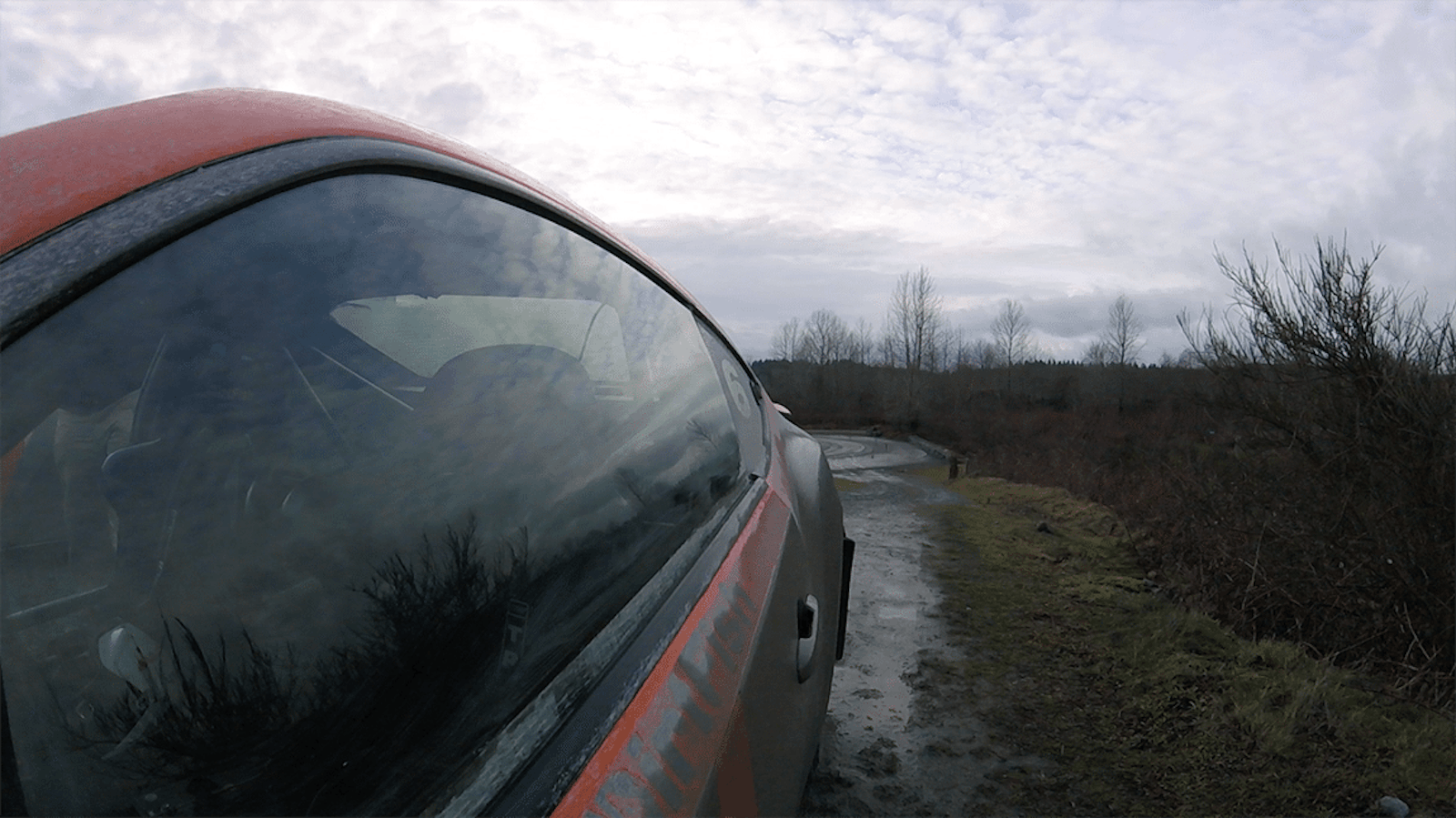 Overall, just try to capture the driver and the car working. Whether that’s the engine straining under load and moving around in the engine bay, the driveshaft spinning, or the driver moving the steering wheel, there is so much going on that gets ignored when you just point the camera out the window or face it towards the car in front of you.

Start to think about what your eyes will be looking at in the frame when you watch the footage or look at the photos. Your eyes work like this:

First, we see exposure. Our vision is drawn to the brightest parts of an image.

Second, we see focus. Our vision is drawn to what is in focus in the image.

Third, we see color. Our vision is drawn to the most colorful part of an image. 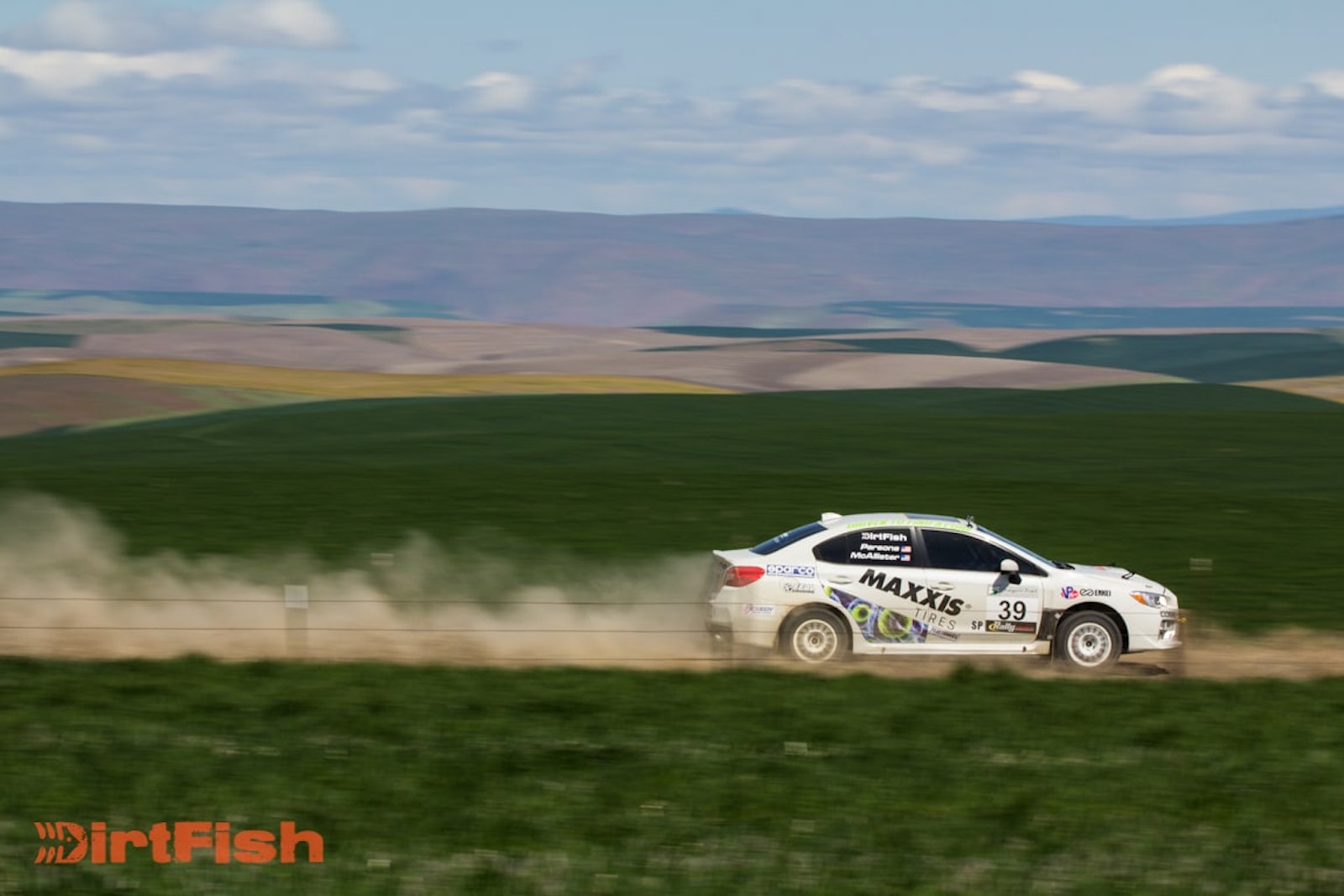 This is a trickle down effect. You naturally look at what is bright, because seeing light means your eyes are receiving information. If it’s too bright, your vision moves outwards until the image is properly exposed enough to allow you to make out what is in the image. During this process, your eyes are searching for clarity or focus. We don’t like blurry vision, that’s why we have glasses, contacts, and LASIK. Once you find a properly exposed, clear portion of the image, you then look for vibrant colors, which we associate with warning or danger, such as reds and yellows, followed by blues and greens, and finally browns and grayscale colors. Basically, you can’t accurately determine color without focus, focus doesn’t happen without light, and without light, you’d be blind.

Knowing what your vision is naturally drawn to can help you choose a better angle for your camera before you even push the shutter button.

One thing people often talk about in Motorsports is data. Whether it be suspension setup data or logging vital engine data during a dyno run. While you might not be able to afford the latest and greatest data acquisition hardware, you probably can afford a GoPro. Especially if you jump on Craigslist where older models can often be found for under $100.

If you’ve been on the Internet in the past 10 years you’ve probably seen a dash cam video of some sort, likely from Europe somewhere. When an incident occurs, they can go back and see exactly what happened. Your footage can be invaluable in figuring out what went wrong in the event of a crash. 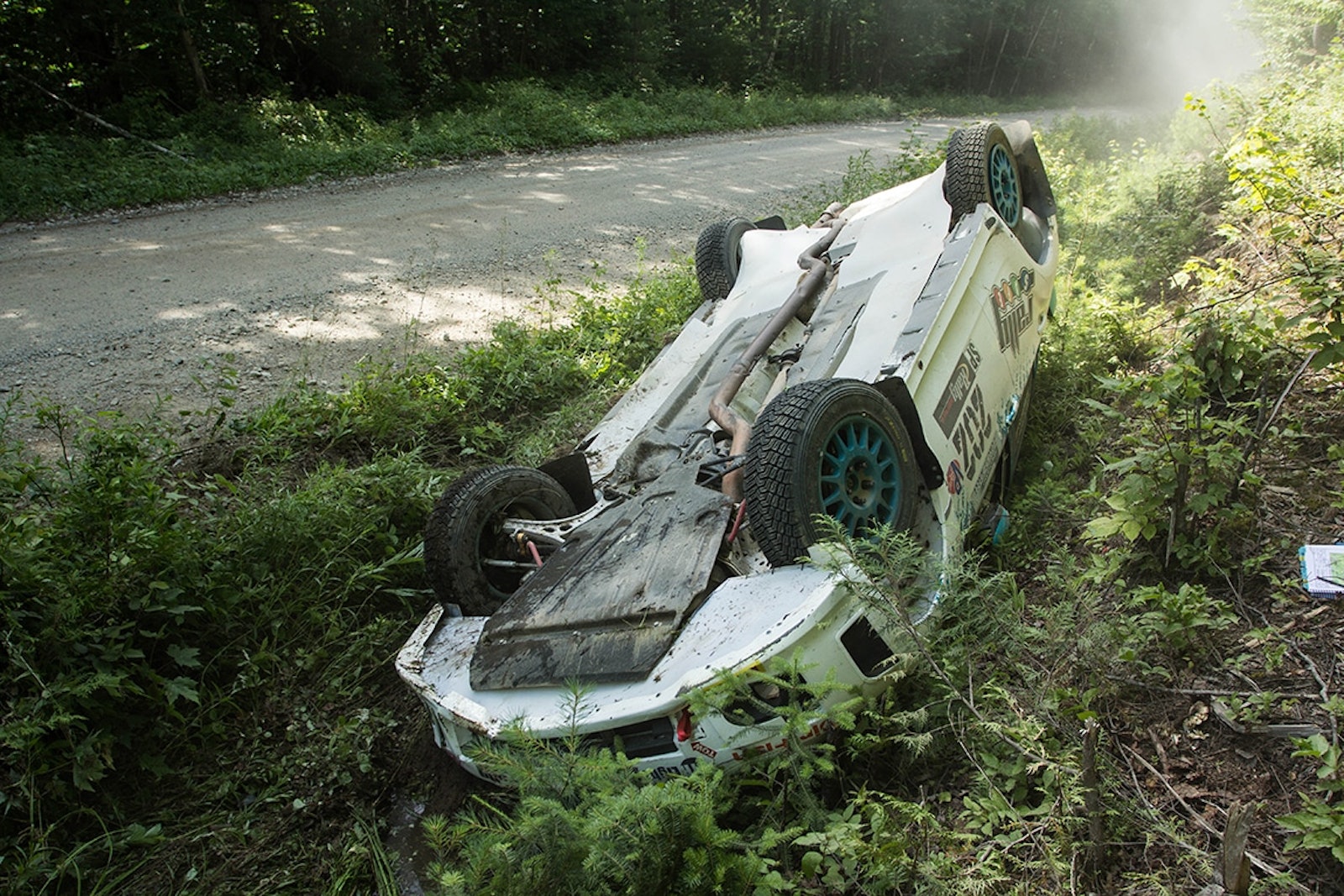 Your footage can also be an incredible teaching tool. If you watch a video of your favorite driver, you can compare your technique to theirs. You’ll often notice things you could work on simply by watching your footage in comparison to a professional driver competing in the same discipline. Plus, if you’re really competitive like I am, it gives you a great opportunity to learn your opponents’ strengths & weaknesses, which you can use to your advantage during a race. Almost everyone posts footage of themselves driving on YouTube, so it’s generally easy to obtain that information.

I know this sounds clichè, but have fun with your camera. The fact is, cameras really just became affordable to the masses about 20-30 years ago. People are still figuring out how to use them effectively in Motorsports. Companies like GoPro, Replay XD, and Garmin are releasing products constantly. If you’ve found one that you like, USE IT!

We all know that you can’t become a better driver without seat time. Same thing goes for photos & videos. If you want better shots, you have to experiment with the camera.

Our Favorite Photos From The Oregon Trail Rally