The fourth event of Extreme E’s debut season will be held in Sardinia, Italy and will be called the Island X-Prix.

Forced to scrap its Amazon X-Prix and Glacier X-Prix in Brazil and Argentina respectively as a result of the COVID-19 situation in South America, the series organizer has been looking for alternatives to see out its inaugural season since June.

The Island X-Prix will take place on October 23-24 and will shine the spotlight on the rising temperatures not just faced in remote locations – the sort that Extreme E visited in Saudi Arabia and Senegal – but in more populated areas too. Further details of legacy programs associated with the event will be announced at a later date. 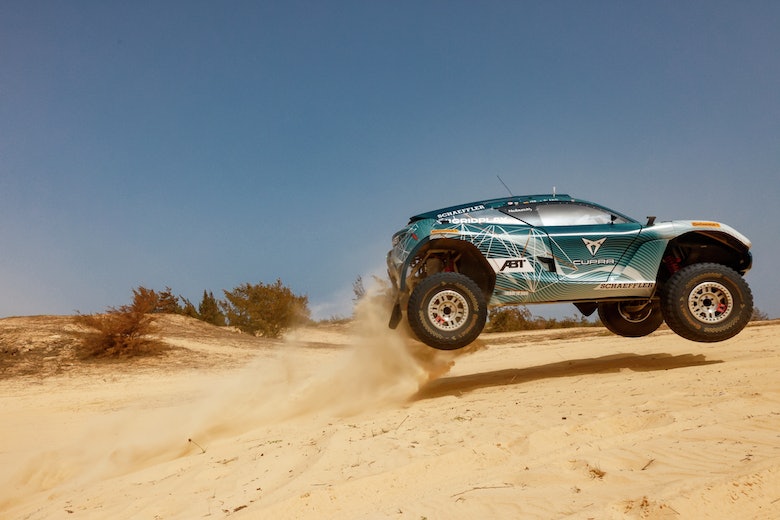 Where should XE race instead? Our thoughts

“I am pleased to confirm that Extreme E is finalizing plans to hold an Island X-Prix in Sardinia, Italy, and that we are delighted to have the support of Sardinian president Christian Solinas, and the Automobile Club d’Italia (ACI) as we plan our first European event,” said Alejandro Agag, founder and CEO of Extreme E.

“Extreme E was built around the ethos of racing electric vehicles in remote environments in an effort to raise awareness for climate change issues and showcase the performance and benefits of low carbon vehicles.

“However, this crisis is not a problem which only affects remote locations. It is becoming increasingly noticeable closer to home, across North America, and here across Europe, with rising temperatures, heatwaves and wildfires, which currently rage in Sardinia itself, being some of the latest devastating examples.

“Together with our supportive hosts and our scientific committee and partners, we will use the power of sport to educate on the causes of these climate issues which are taking place right here in front of us, as we aim to open eyes even wider to the need for all of us to take collective action, now, before it’s too late.”

The Island X-Prix will be the second major international motorsport event to take place on the isle of Sardinia this year, following on from the World Rally Championship’s Rally Italy, which was won by Sébastien Ogier and Julien Ingrassia last month.

“The ability to look to the future and to design or support new initiatives that have an important horizon both from a technical evolution and from a sporting spectacle perspective, has always been in the DNA of the Automobile Club d’Italia, which since its inception has been the engine of motorsport, anticipating motorsport trends and developments over the years,” added Angelo Sticchi Damiani, president of the ACI.

After two rounds, Nico Rosberg’s Rosberg X Racing team heads the series, with Johan Kristoffersson and Molly Taylor winning both the Desert X-Prix and the Ocean X-Prix. Extreme E continues with the Arctic X-Prix in Greenland on August 28-29.

The location of the season finale will be decided in due course.

How RXFest at DirtFish went down