Extreme E founder Alejandro Agag says the electronic problem which halted Sara Price’s car at shakedown could have come from a heavy landing earlier in the lap.

The Chip Ganassi driver stopped in the second half of the five-mile AlUla desert track when the car registered a warning light and then died. Prior to that, Agag said the car had suffered a heavy landing after a sizeable jump.

On the nature of the problem Agag told DirtFish: “It looks like an alert that came from the 12v battery, but it may have come from the inverter – they are looking into it now. It’s an electronics problem, which happens.

“She took a big bump, I don’t know if you saw it? I saw it. So we are thinking it may have something to do with it. She was going for it then she hit like this and a she flew, went on the side and landed. It might have been that.

“She didn’t get an alert after that so she continued, she did the drop and then almost back here, she stopped.”

Price’s Chip Ganassi car was the first car into the shakedown test, and talking to her team-mate Kyle LeDuc about the problem, she said: “She just turned off on me, dropped power completely. I was just going through a turn and it stopped.”

The car was recovered after 30 minutes but Price won’t get a second attempt at shakedown, meaning she will go into qualifying without having driven the Desert X-Prix course competitively.

Le Duc told DirtFish: “It sounds like some sort of electrical gremlin, it’s not something with the car – not something from the team’s side. Sara was able to get out of the car and the car’s safe [from an electrically charged perspective]. Now we need to look for a way to eradicate this.”

One source added: “We’ve heard various reasons for the problem, from a rear motor error to an issue with the 12-volt battery. There’s still some work to do on these cars, but we need to remember this is just the first event. It would have been nice to have the first car set a time though.”

Asked if he was disappointed that the first car through the shakedown test had failed to complete the five-mile lap, Agag replied: “Luckily, there was no television. It doesn’t matter. It’s not disappointing. 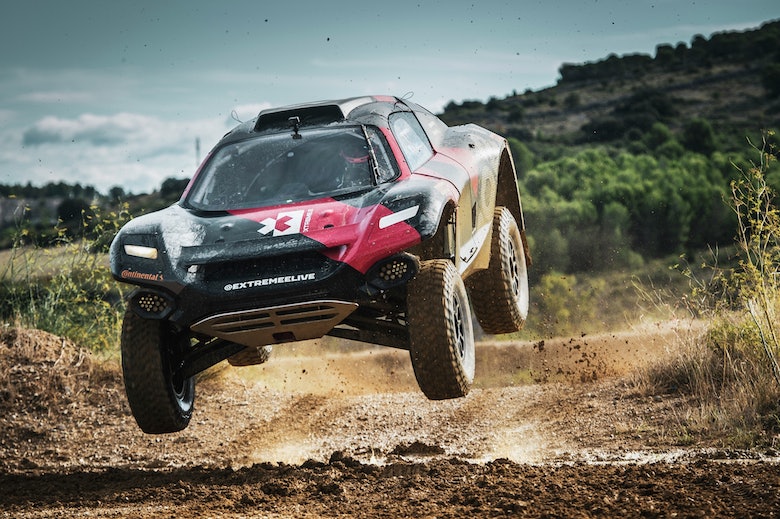 “This is why we are doing shakedown and, don’t forget, we had three test events planned, but because of COVID we couldn’t do any of them This is test and there’s a risk with that.

“Before this event, we did one day and a half in Spain testing these cars.”

“Remember Formula E?” he said. “First run: 20 cars and 18 stopped. Eighteen of 20! We were like: “Another one stopped. Another one, how many corners he did? Three corners, wow, another one: six corners… s***!” The first car [that] did one lap, we were cheering!

“We’re doing amazing here and this terrain is way more extreme than that.”