The final round of Extreme E’s inaugural season will take place at Bovington Camp in Dorset, England on December 18-19.

Dubbed the Jurassic X-Prix, the event takes the place of the Glacier X-Prix which was originally set to take place in Ushuaia, Argentina a week earlier.

The Argentina event – which itself was a late addition in place of a canceled Nepal round – was scrapped along with Brazil’s Amazon X-Prix back in June as a result of the unfavorable coronavirus situation in South America. At the time, the door was left open for both to return in 2022.

The isle of Sardinia was the first location announced to replace the axed South American rounds, with the Island X-Prix coming up on October 23-24. The race will take place at Capo Teulada in Sulcis-Iglesiente in the south-west part of the island. 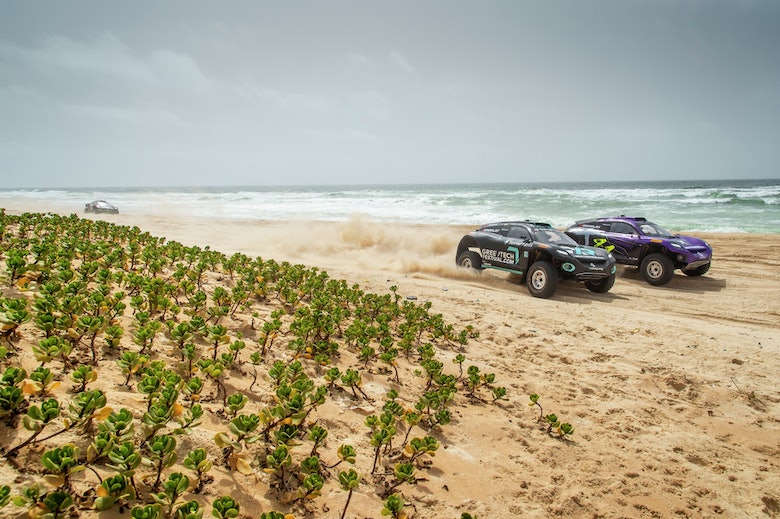 What we know about XE's 2022 calendar so far

Ahead of Dorset’s confirmation, DirtFish understands that a number of locations were under consideration as potential replacement venues, including the western Isles of Scotland – which was acknowledged in an Extreme E press release – as well as Greece and Morocco.

It also means that the series has gone from having no European-based rounds to two in the space of a short few months.

Seven of Extreme E’s nine teams are European, with another (Andretti United) co-owned by a European interest, while an overwhelming 17 of the 21 drivers to participate in the series so far hail from the continent too.

Dakar navigation will be easier with electric car – Sainz