The 100 Acre Wood Rally, the second round of the 2020 American Rally Association series season, has been canceled due to the ongoing coronavirus pandemic.

The ARA issued a statement confirming that the event scheduled for March 20-21 is unlikely to be rescheduled.

“After extensive consultation by officials at the Rally in the 100 Acre Wood with local and national health departments, governmental officials, community members, competitors and volunteers, as well as officials from the American Rally Association, the ARA National rally scheduled for March 20-21 in Missouri has been cancelled,” read the statement.

“The decision to cancel the event was not taken lightly, but our concern for the health and safety of our competitors, volunteers, fans and the host communities must take precedence at this time.

“All options were exhausted in an effort to create a safe environment and an atmosphere that we hoped would bring a respite from the current climate that surrounds the outbreak of COVID-19. 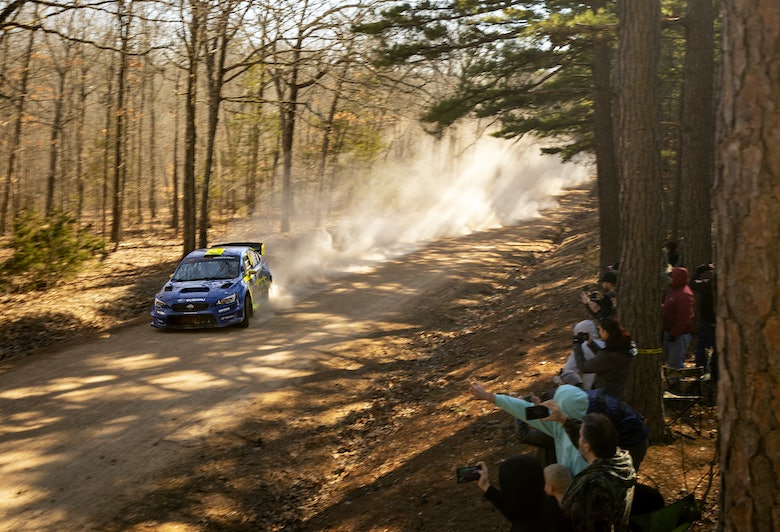 “There are no formal plans to reschedule the event, although several options are being considered.

“Information regarding event refunds or similar event logistics will be handled and communicated in the coming days.”

The ARA also confirmed it was in ongoing discussions with the organizers of the upcoming Olympus Rally and Oregon Trail Rally – due to run in late April and late May respectively – regarding whether those events will go ahead as planned.

The 100 Acre Wood Rally was set to be the first 2020 event for Subaru Motorsports USA and its new driver line-up Travis Pastrana and Brandon Semenuk.

Spinning The Line podcast: Why Rally México is going ahead