Barry McKenna has dropped from second to fourth overall on the Show-Me Rally after a post-event penalty, but that result is still enough to secure him the ARA National title.

McKenna, driving a Ford Fiesta WRC, had been in a battle with Subaru Motorsports USA’s Brandon Semenuk and Travis Pastrana throughout the rally, leading the event by 0.9 seconds over Semenuk on Friday as Pastrana collected a double puncture.

He maintained the gap through Saturday morning but leaving service four minutes late for a differential change dropped him to second; a position he held onto on the road to provisionally claim his first ARA National championship crown.

But post-event scrutiny revealed his Fiesta was in breach of Article 4.1.11 of the ARA Technical Rules which states “turbocharger must only be driven by exhaust gases.”

This rule was clamped down at the previous ARA round – Ojibwe Forests Rally – after an anonymous query from a competitor resulted in the Subaru Motorsports USA cars along with several others having to modify their turbochargers before the event.

McKenna was handed a 7m59.7s time penalty that dropped him to fourth, just 0.1s back from Patrick Brennan who now takes a podium place in his Ford Fiesta Proto. 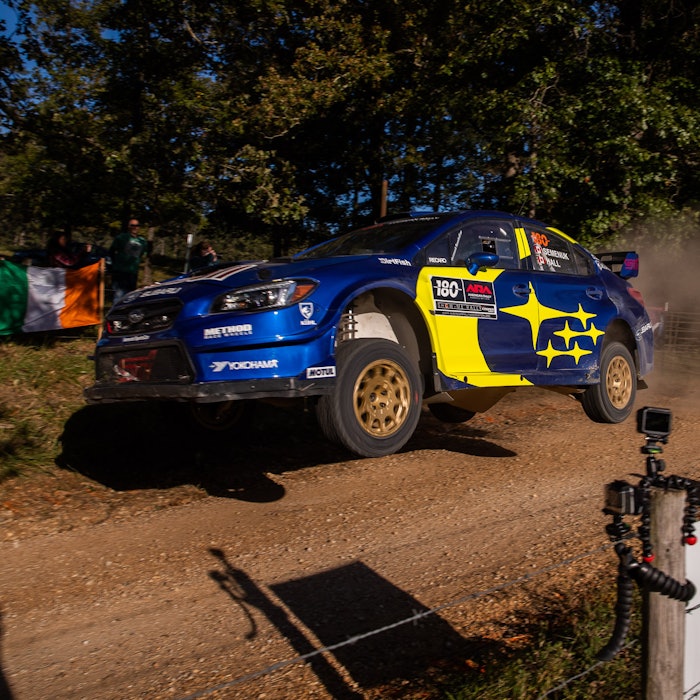 Barry McKenna went up against the might of Subaru for the 2020 title and won. Here's how he did it.