Subaru Motorsports USA took the top two podium positions at this weekend’s DirtFish Olympus Rally, with Swedish rally prodigy Oliver Solberg securing his first American rally victory in a blue and gold Subaru WRX STI. Solberg was fast and consistent throughout the weekend, despite having never seen the Olympus stage roads before and working with veteran co-driver Denis Giraudet for the first time. Defending ARA champion David Higgins pushed hard on Sunday but was unable to catch his teammate, finishing with a strong second-place finish. 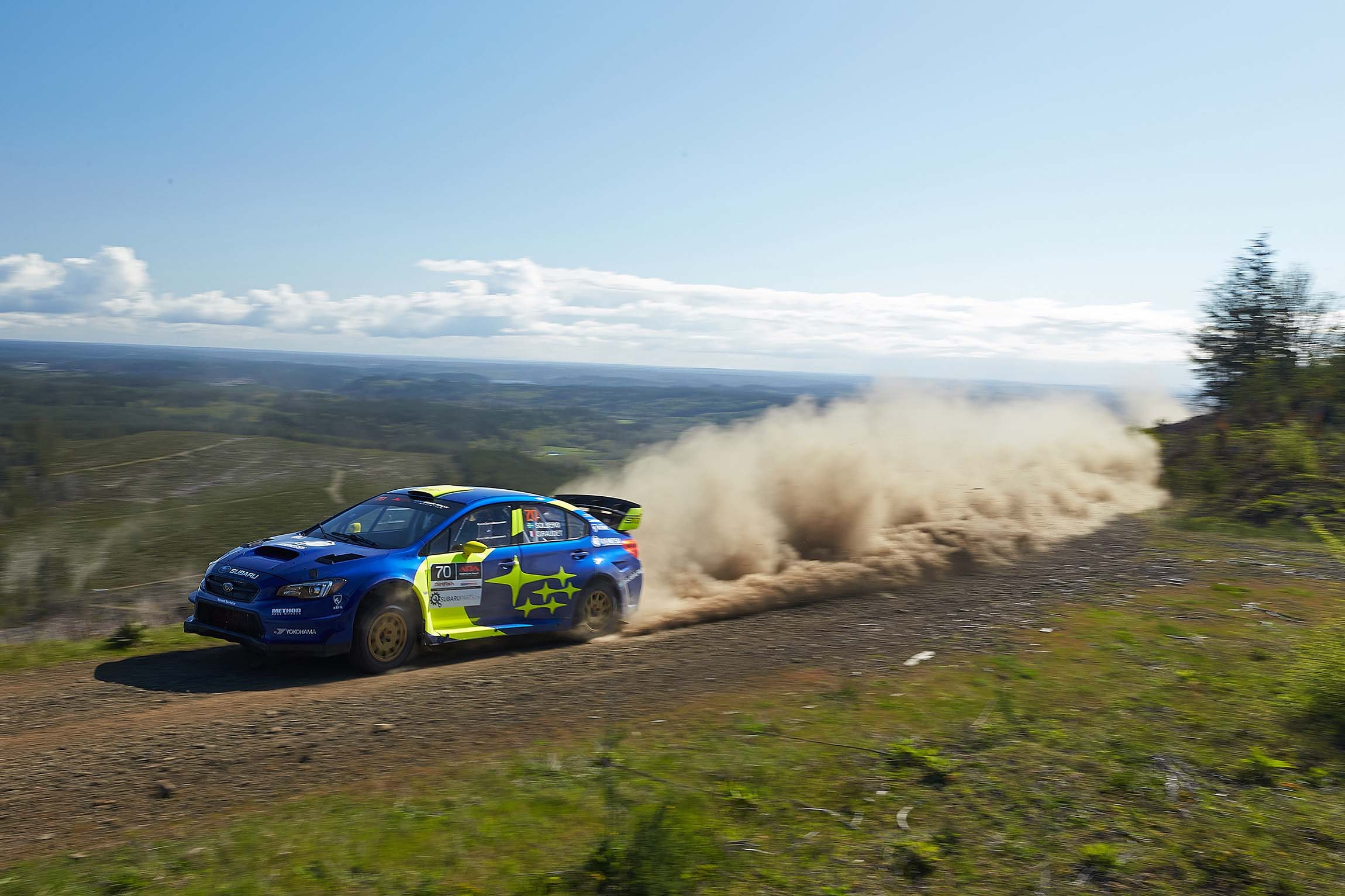 Solberg and Giraudet came out hard on day 1 and set fastest times on six of eight stages, with Higgins and Drew in close pursuit. Sitting eleven seconds back and within striking distance of their teammates after Stage 6, Higgins was on pace for a stage win on the 18-mile Wildcat stage when he suffered a leak in a brake line. Despite being forced to complete the last six miles of the stage without brakes, Higgins lost only 27 seconds to Solberg and held onto second place at the end of the first day.

With Saturday’s tight and technical stages giving way to faster roads on Sunday, Higgins and Drew pushed hard in the morning to claw back some of the 41-second gap to Solberg. The veteran pair notched wins on the first three stages of the day, cutting the lead to fourteen seconds. With the pressure on, Solberg and Giraudet drove flat-out on the event’s final stage and delivered a decisive stage win to earn a thrilling event victory.

It was an emotional moment for the whole Solberg family, with Oliver’s legendary father Petter – the 2003 World Rally Champion with Subaru – and mother Pernilla looking on. 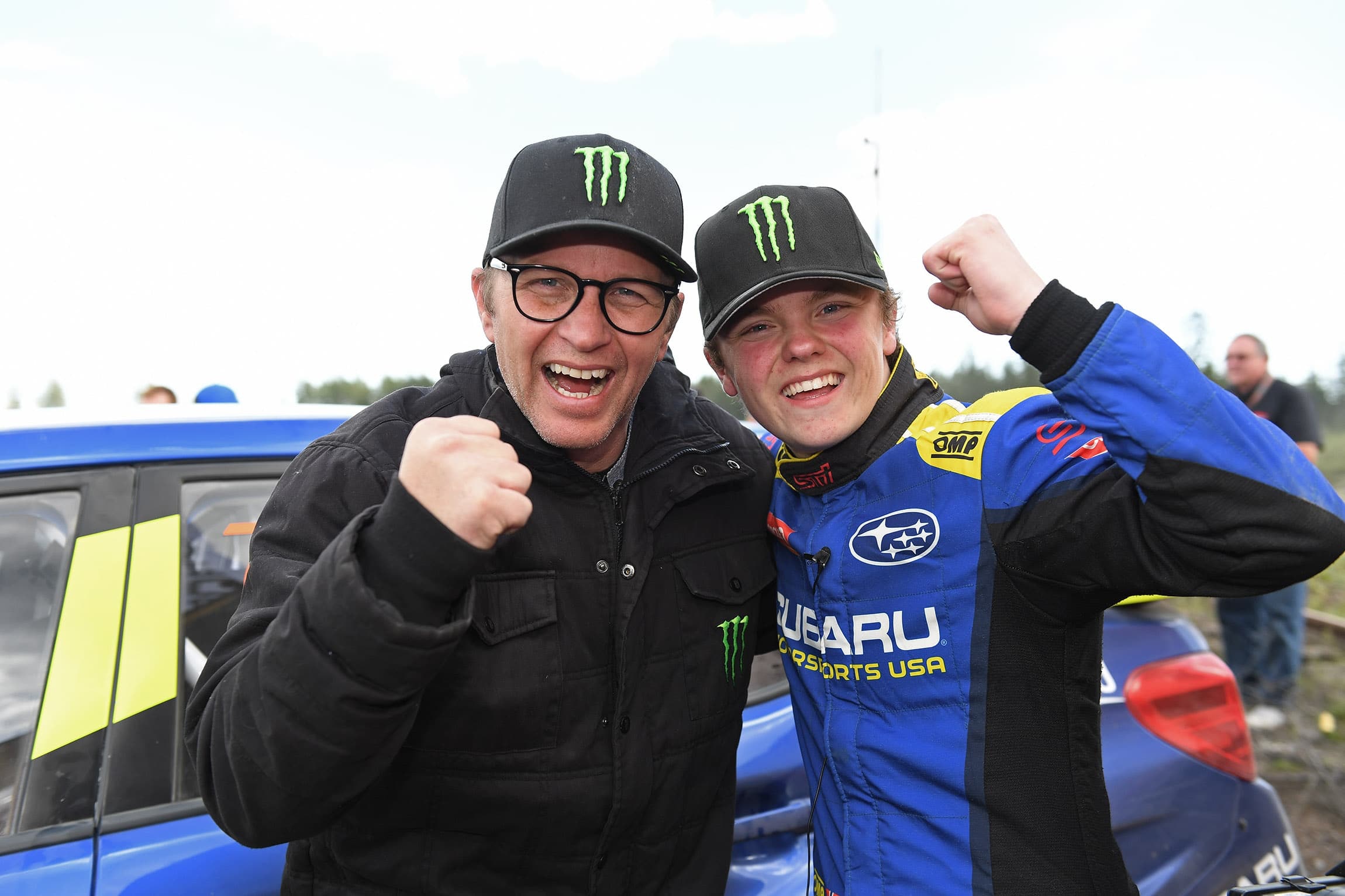 “Winning my first event for Subaru is an amazing feeling,” said Oliver Solberg. “This is my first time at the Olympus Rally and I’m working with a new co-driver, plus I was first on the road all weekend which meant the surface was very loose. But the Saturday stages gave us a lot of confidence, and Denis and I pushed as hard as we could on the last stage today to hold on for the win.”

“When we got to the end of the last stage, it was like a dream had come true for me. My mom was first to the car and then dad… you know we have all worked hard for this and I have a lot to thank those guys for. Us Solbergs, we’re an emotional family and this was an incredible, incredible moment for us all.”

For Higgins and Drew, a second consecutive podium finish earns vital championship points – but without a rally win through two events, the pair is in an unfamiliar position. 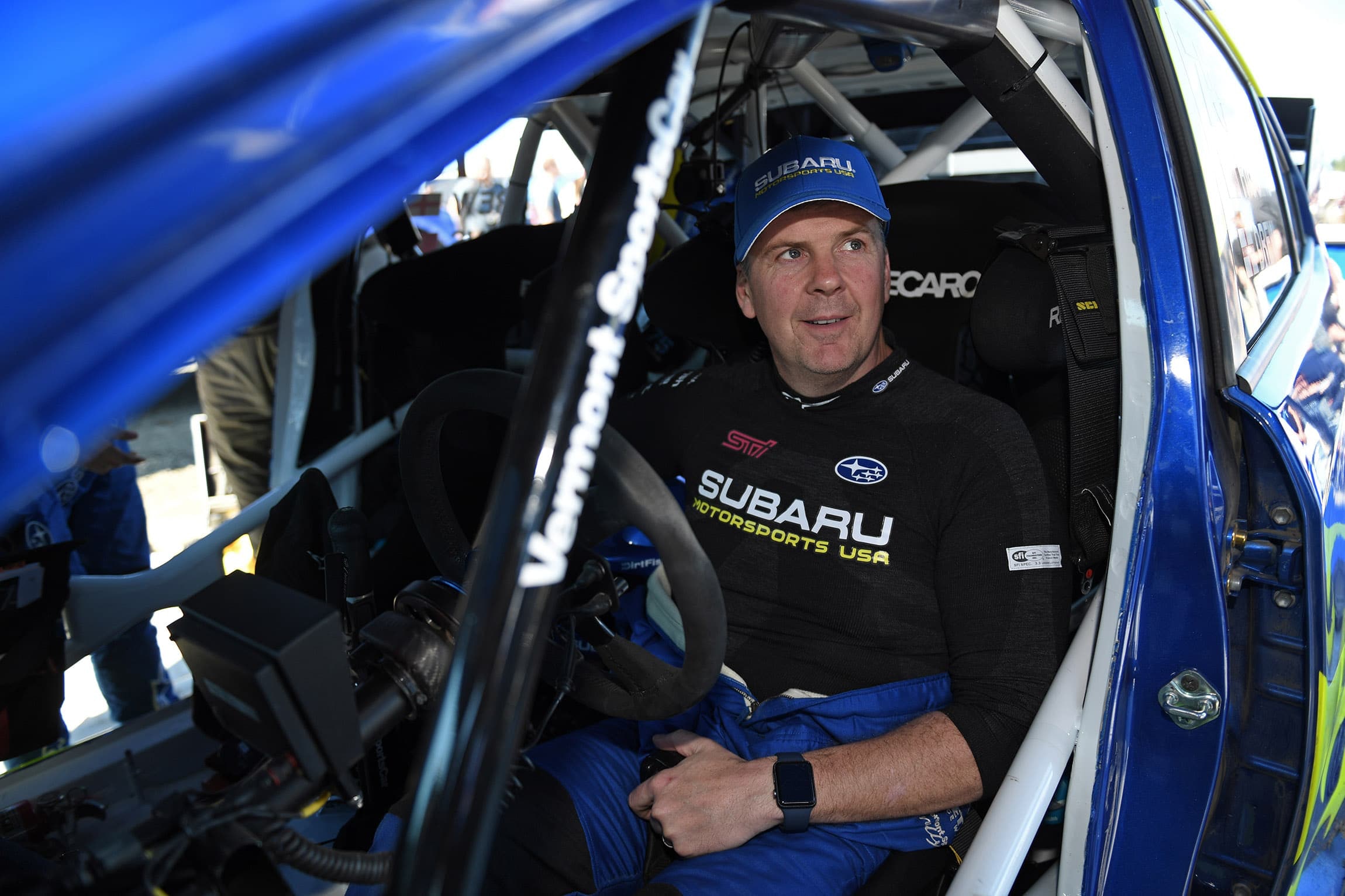 “The brake issue on Saturday was a bit of frustration for us,” Higgins said. “We had good speed on that stage and losing so much time meant we had a very hard job ahead of us on Sunday trying to drive from behind. The stage wins show we’ve got the speed to get back to winning form – just waiting on some luck. For now we’ll focus on the championship fight and make sure we’re putting together a solid weekend every time we’re in the car.”

Higgins and Drew will team up with Travis Pastrana and co-driver Robbie Durant at May’s Oregon Trail Rally, while Solberg is scheduled to return in June at Idaho Rally International.

About Subaru of America, Inc.

Subaru of America, Inc. (SOA) is a wholly owned subsidiary of Subaru Corporation of Japan. Headquartered at a zero-landfill office in Camden, N.J., the company markets and distributes Subaru vehicles, parts and accessories through a network of more than 630 retailers across the United States. All Subaru products are manufactured in zero-landfill production plants and Subaru of Indiana Automotive, Inc. is the only U.S. automobile production plant to be designated a backyard wildlife habitat by the National Wildlife Federation. SOA is guided by the Subaru Love Promise, which is the company’s vision to show love and respect to everyone, and to support its communities and customers nationwide. Over the past 20 years, SOA has donated more than $120 million to causes the Subaru family cares about, and its employees have logged more than 40,000 volunteer hours. As a company, Subaru believes it is important to do its part in making a positive impact in the world because it is the right thing to do.