Hyundai Motorsport director Andrea Adamo has set his sights on winning the British Rally Championship with an i20 R5 built by his customer racing operation.

Adamo has talked in the past of his desire to help Tom Cave land a maiden British title, and the Italian admits he’s always had a soft spot for what was once rated as the world’s second-most important championship.

Adamo told DirtFish: “I remember a lot of the history of this championship, from when Malcolm [Wilson] was competing in the Audi and before that in his Escort.

“In the time when all of the Finns were going and it was won by names like [Ari] Vatanen and Hannu [Mikkola] and, of course, the McRaes.

“I remember when it went Formula 2 [a FIA class of either 1600 or 2000cc front-wheel-drive cars] and was again a really powerful championship. I think people have big respect for this title and it’s one that I would really like to win with Hyundai.” 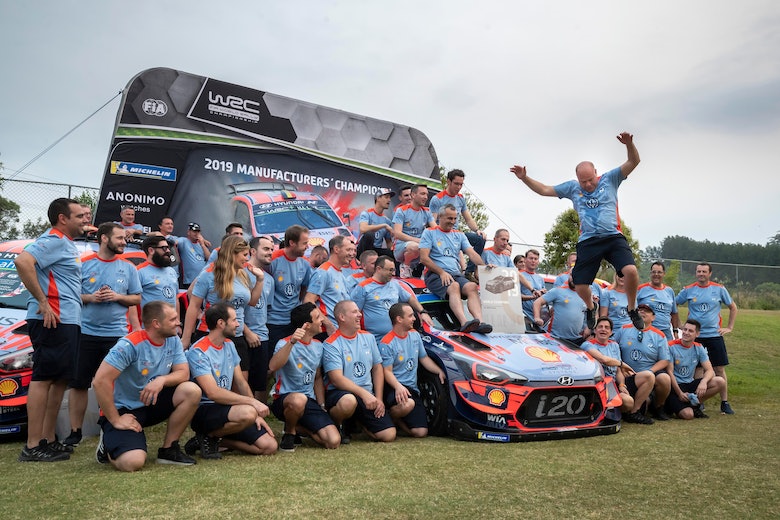 Get to know the real Andrea Adamo...

Despite running February’s season-opening Cambrian Rally, this year’s BRC has fallen victim to coronavirus following the loss of Rally GB, which was scheduled to host a double-header finale.

Adamo will be keeping a close eye on the series’ developments for next season with an view to delivering a second British title following David Higgins’ 2004 success at the wheel of a privately run Accent WRC Evo3.

Podcast: The Safari’s great past – and future