Toyota’s Elfyn Evans has said it would be “interesting” to see what his Welsh compatriot Matt Edwards, the British Rally Champion, could do at world championship level.

Edwards has won the British Rally Championship for the past two seasons and had been aiming to become the first man in series history to win three consecutive titles this year, taking victory on the opening round before the season was curtailed due to COVID-19.

Evans won the title in 2016 as he stepped back to a joint British and WRC2 campaign in a Fiesta R5 that season. Edwards was also competing in the BRC and won the ‘BRC2′ series in a Group N-specification Mitsubishi Lancer Evo IX.

But while Edwards has gone on to become a dominant force on the British rallying scene, he hasn’t ever managed to progress into the world championship. His only WRC2 outings have come on Rally GB, where he took a best result of seventh in class in 2017.

Evans – who won the WRC’s junior title in 2012 when it was called WRC Academy – would like to see what Edwards could do at world level and thinks more one-make formulae are needed at grassroots level to encourage this sort of progression.

Although Edwards’ BRC rival Rhys Yates currently competes in WRC2 with M-Sport and fellow Briton Chris Ingram won the European Rally Championship, there have been very few British drivers staking a claim for Rally1 seats of late with the exception of Gus Greensmith.

“It’s a difficult one to be honest,” Evans told DirtFish’s Colin Clark when asked which drivers from the UK have the potential to make it in the WRC.

“There haven’t been so many Brits recently at the front of JWRC or anything like that. Obviously Matt Edwards has been quite dominant at BRC level so perhaps it would be interesting to see how he would get on with a few more WRC2 rallies.

“But actually the rallying activity seems to have been relatively quiet in the UK in terms of the junior formulas.

“For me it would be nice to get a return of the one-make series where we see more drivers battling it out in sort of equal machinery with the same tires and [we could] see who then really rises to the top, because that is the way that you can compare these youngsters and see who shines through. 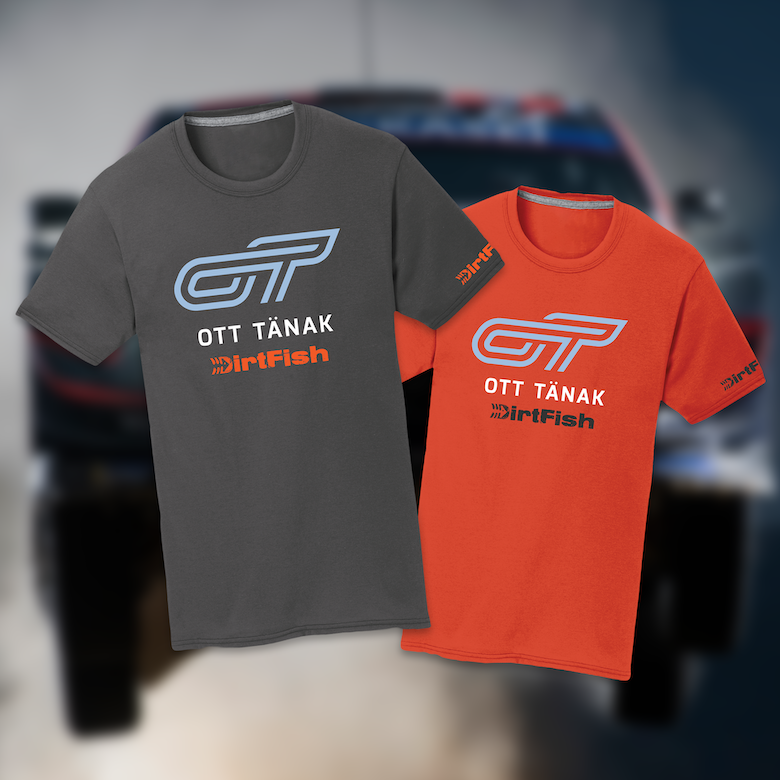 Get your Tänak Army uniform from $15!

“And normally there’s an opportunity at the end of those one-make series as well for them.”

Welshmen Tom Cave and Osian Pryce have come the closest to breaking into the WRC from Britain in recent times and both flirted with success in the WRC’s support categories, but have never managed to consistently compete in the Rally2 class.

Cave finished second twice in the Drive DMACK Cup – the predecessor to Junior WRC which ran from 2014 to ’16 – while Pryce won the series in its last year.

Both have made WRC appearances in Finland and GB in four-wheel-drive cars, but neither have managed to put together a full program.

There are however three British drivers competing in this year’s Junior WRC in the shape of Jon Armstrong, Catie Munnings and Ruairi Bell. Due to regular co-driver Darron Garrod being made unavailable after an accident on last weekend’s Rally Alto Tâmega, Bell has actually called upon Edwards to sit alongside him calling the notes for Rally Estonia.

One-make series is where Evans himself first made his name, both at British and world level. He competed in the Fiesta Sporting Trophy in the UK and Ireland – for Group N Fiesta STs – as a youngster before winning the WRC Academy which was exclusively for Ford Fiesta R2s.

But there are very few one-make series left in the UK to showcase talent. The Fiesta Sporting Trophy exists in a new ‘Fiesta ST Trophy’ guise but supports the BTRDA – a clubman national series – rather than the BRC.

The Junior British Rally Championship is in effect a one-make series for the Ford Fiesta Rally4 – with a €60,000 [$71,000] prize into the Junior WRC for the champion – but the cost of these cars to both purchase and run is high.