Esapekka Lappi is expecting “something big” from himself on this year’s Rally Finland, using his next World Rally Championship event in Estonia as a springboard for a victory charge this August.

The Toyota driver hasn’t won a round of the WRC since, although he was leading Rally Italy earlier this month before running wide, pinballing off the bank and retiring.

Lappi will miss next weekend’s Safari Rally Kenya as reigning world champion Sébastien Ogier, who Lappi is sharing a GR Yaris Rally1 with this season, returns for his third event of the year.

That means Lappi’s next event won’t be until mid July but he insists he is “used to” long gaps between rallies “so no problem”.

A return to high-speed rallying should suit Lappi though who, after a strong podium finish on his Toyota return in Sweden, has struggled for form with a first stage retirement in Croatia and his Italy accident.

Estonia, and more pertinently Finland, are therefore huge rallies for him.

“From Finland I can expect something big, yeah. I want to expect,” he told DirtFish. 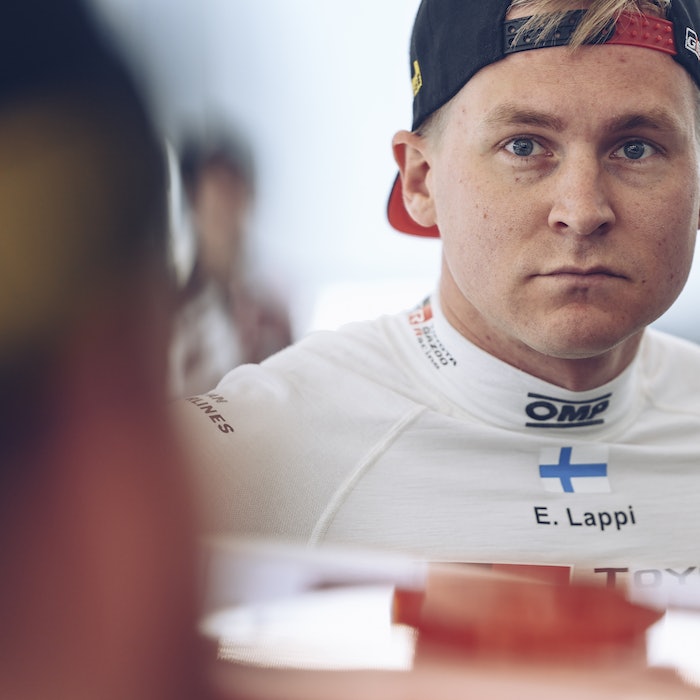 “Estonia, yeah, I was not there last year, which is probably pretty important. I believe I can do well but I’m not really expecting to fight for the top spot to be honest.

“Still I’m allowing [myself] to do a surprise but let’s say the mentality is to do well in Estonia and then fight for the win in Finland.”

Finland is one of the few rallies Lappi has recent experience of, having driven a customer Yaris WRC to fourth place in Jyväskylä last year.

Toyota sporting director Kaj Lindström is “looking forward” to see what Lappi can do on his home turf.

“Obviously it’s his home rally, so we know that he’s good there,” Lindström told DirtFish.

“He showed that to us last year. So [we’re] looking forward to these fast events in Estonia and Finland.”

Toyota of course will head to Finland, where it’s based, with two Finnish drivers in its ranks: Lappi and world championship leader Kalle Rovanperä.

“Well, as a Finn [myself], Rally Finland is the thing it was always the thing when I was co-driving and it’s still the thing, and having two Finnish drivers, that’s quite something,” Lindström added.

Loubet has no targets – and he’s right not to