British rallying returns this week and it returns thanks to Malcolm Wilson. Saturday’s M-Sport Return to Rally Stages is the result of the Cumbrian efforts to get the sport back on its feet post-coronavirus lockdown.

How did the event come about?

“We talked to Motorsport UK about what could be done in the current situation. Motorsport UK came up to Greystoke to make the video about how rallying could work under the new [COVID-19] regulations and that got us thinking about some possibilities.

“To be honest, we’d already been thinking about putting together some test days for customers to come and drive their cars again – but we started to think: ‘Why don’t we try to organize a rally up there?’”

And you’ve delivered a strong entry…

“When we were talking about it in the office and the idea was to open it up to 45 cars. I wasn’t sure at all that we’d get that many coming but we were full with reserves within two hours of entries opening. That was fantastic and a real measure of just how much people want to go rallying again.”

It’s been a lot of hard work?

“It has. Like I say, we’ve worked a lot with Motorsport UK and a lot of people at M-Sport have put time in on this one, but the real thanks has to go to the organizing teams from West Cumbria and Eden Valley Motor Clubs.

“It’s been fantastic to see the response from those guys that they’ve wanted to come along and put this event together with us. To be honest, it’ll just be fantastic to hear rally cars being driven in anger and to be on a rally again.”

And you’ll be leading the field away?

“I’m driving the course car, if that’s what you mean!

“It’ll be good to get back behind the wheel again. We’re using the Escort [RS1800] we built back in 2008. I don’t think it’s been out competitively since then [‘then’, Malcolm’s too modest to admit, is when he won the RAC Rally], but I did run it as course car on the Malcolm Wilson Rally the following year. It’ll be good to drive it again and a bit less pressure on me.”

How much are you looking forward to the driving aspect?

“It’ll be good. But the bigger thing for me is the chance to get out and see people again. It’s been weeks, months since I’ve been anywhere – there has never been a time like this in my career ever before. The chance to come out and say hello to folk again, is really what I’m looking forward to the most.“ 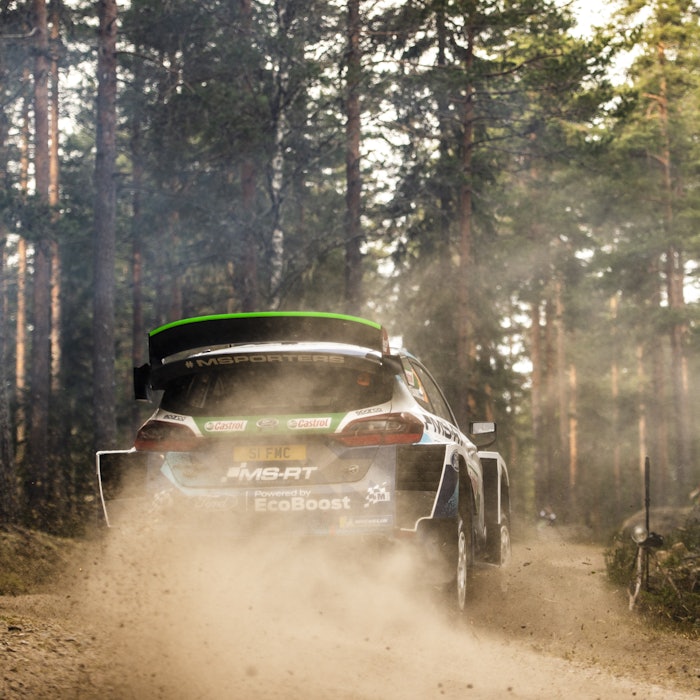 Why M-Sport created the Return to Rally Stages