For the 12th and final time this year, we get to say ‘it’s rally week’ in the World Rally Championship.

But this of course is no ordinary rally week, as the result of the Monza Rally will determine who the final World Rally Champion of this current era will be.

Attention will therefore be fixated on the exploits of Sébastien Ogier and Elfyn Evans, but plenty of other drivers could have a say on the final reckoning in Italy. 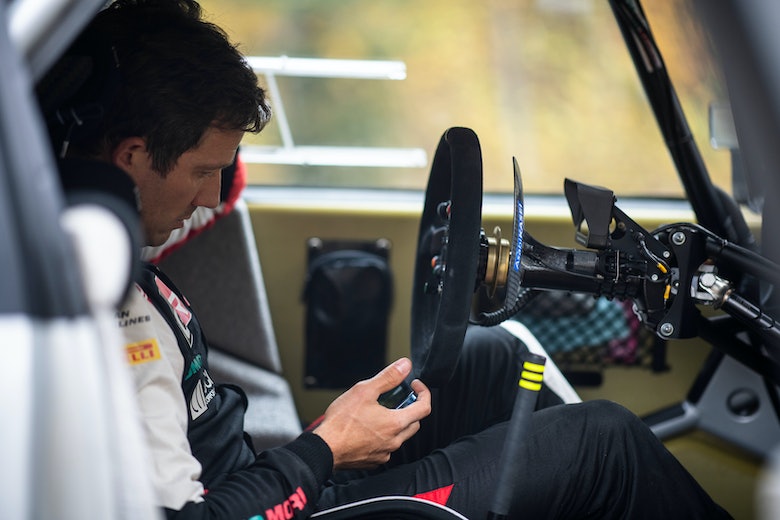 Why Ogier's so relaxed before his final WRC showdown

How will Ogier approach this one? The world championship is very much his to lose as he leads Toyota team-mate Evans by 17 points with just 30 left to snare. A conservative, no-risk approach would therefore seem sensible.

But Monza will be Ogier’s final event as a full-time WRC driver and his last with co-driver Julien Ingrassia. What better way to sign off a glittering career than with a victory?

Ogier listens to the angel on his shoulder more than the devil though, so expect him to push hard but not to throw everything at it. Championships have always been his primary aim, and sealing world title number eight has to be a bigger priority than securing WRC victory number 54.

He did manage both last year though, so it can certainly be done…

Monza will be Oliver Solberg’s fourth WRC start in a World Rally Car, and he’ll be doing it with a fourth different co-driver. Seb Marshall was a late stand-in for Arctic Rally Finland, Aaron Johnston called the notes on Safari Rally Kenya, Craig Drew was in for Rally Spain and now Elliott Edmondson will jump in the 2C Hyundai.

Solberg’s rocky 2021 form is now well documented, but you only need to look back to last year’s Monza Rally to see that the 20-year-old is more than capable of a headline-grabbing result on this complex event.

He was on a strict leash just to finish on Rally Spain and duly delivered on that request with an uncharacteristically anonymous performance, but might he be allowed to push more on Monza? If so, Solberg could capitalise on the likely difficult conditions to put some of his more experienced rivals in the shade.

Adjusting to a new co-driver shouldn’t be an issue given Solberg’s already tried three of them in 2021 and Edmondson himself has sat with Gus Greensmith and Andreas Mikkelsen too. 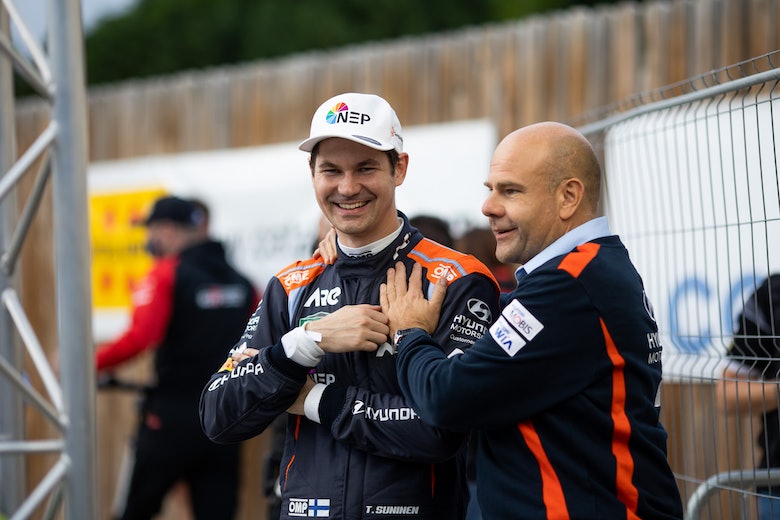 It’s a shame not to see Ott Tänak in action this weekend as he misses the rally for personal reasons, but it does present us with the unthought of chance to see what Teemu Suninen can do in another World Rally Car.

Throughout his ultimately short-lived M-Sport campaign this term, Suninen bemoaned the lack of opportunity to test – now is his opportunity to prove his point and score a solid result.

In many respects Suninen can’t really lose. If he’s not quick he can use the justifiable excuse of a lack of familiarity with the i20 Coupe WRC, but if he does prove to be quick he will have positioned himself nicely for further future outings. That is unless he crashes, in which case he will have squandered his golden ticket opportunity.

Suninen’s form in WRC2 has been strong since leaving the M-Sport stable though, and he’s a far better asphalt driver than he gets credit for.

Dani Sordo’s 2021 WRC season hasn’t been as startling as his 2020 campaign, but once again he has proven to be a regular podium threat and reliable points scorer for Hyundai.

It could be that Sordo simply blends into the background at Monza – not a factor in the title fight and not learning a new car or co-driver like some of his rivals. But that would suit him just fine.

Third place last year had looked like second for so long before Tänak pipped him right at the death, and don’t expect anything other than another solid drive towards the lower (or potentially even upper) reaches of the podium.

It’s still a crying shame that Thierry Neuville isn’t also a factor in the title fight this weekend as his presence would certainly add an extra edge to proceedings, and his driving has warranted another title shot.

But as it is, Neuville’s focus will firmly be on claiming the final victory of the World Rally Car era on an event he had a bit of a nightmare on 12 months ago.

Neuville would appear favorite for victory. He won the most recent round of the championship in Spain and his asphalt form is impeccable: winning Ypres, challenging for victory in Croatia and grabbing a podium on the Monte despite never competing with Martijn Wydaeghe at all before SS1.

Alongside Ogier, Neuville will also earn the unique distinction of starting every single round of the WRC in the current generation of cars – which debuted in 2017 – this weekend. Tänak would have achieved the same feat had he taken the start at Monza. 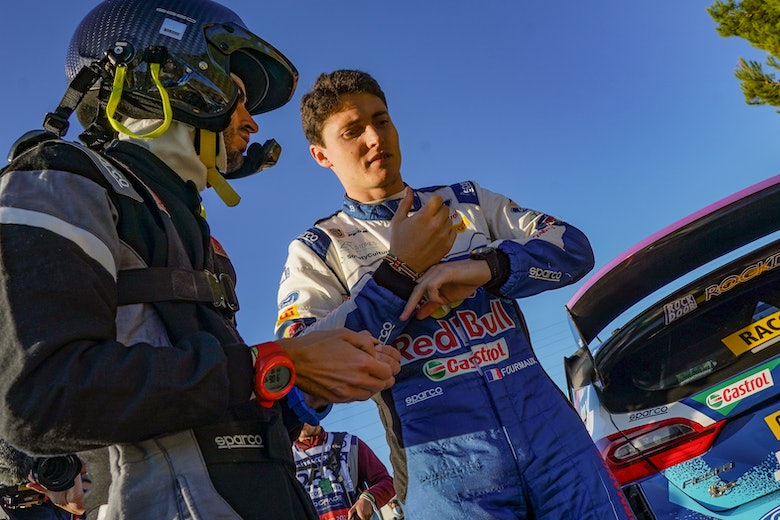 When once there was a beaming spotlight shining down on Adrien Fourmaux, he has slowly drifted out of the limelight as his WRC appearances have become far more regular and his talent better understood.

But he’s still been producing some strong under the radar performances of late. Fourmaux’s pace on Rally Spain was impressive before it was undone by nudging an Armco barrier; contact that led to far more damage and time loss than the error really deserved.

Monza represents a final opportunity for Fourmaux to show what he can do in a World Rally Car before the Rally1 era, into which he’s expected to remain with M-Sport. He was competitive 12 months ago in a Fiesta Rally2 before his rally was undone by a puncture and then suspension damage.

If there’s anybody in the WRC who needs a result right now, it’s Takamoto Katsuta. After a stunning first half of the season it’s simply all fallen apart since, particularly embarrassingly so in Spain when the Toyota driver nosed into an Armco barrier on the first stage.

At least continuity is now on Katsuta’s side though. After some uncertainty regarding his co-drivers, with Dan Barritt injured and replacement Keaton Williams soon unable to compete too for personal reasons, Aaron Johnston has been confirmed as his partner for the long-term and his 2022 program has been solidified too.

Now Katsuta just needs to rebuild his momentum again to head into 2022 on a far more positive note. Can he do that? It’s hard to read based on his 2020 showing, as Katsuta crashed on the opening test but also set his very first fastest time on the event-closing powerstage.

Less of the former and more of the latter would do just nicely this time around. 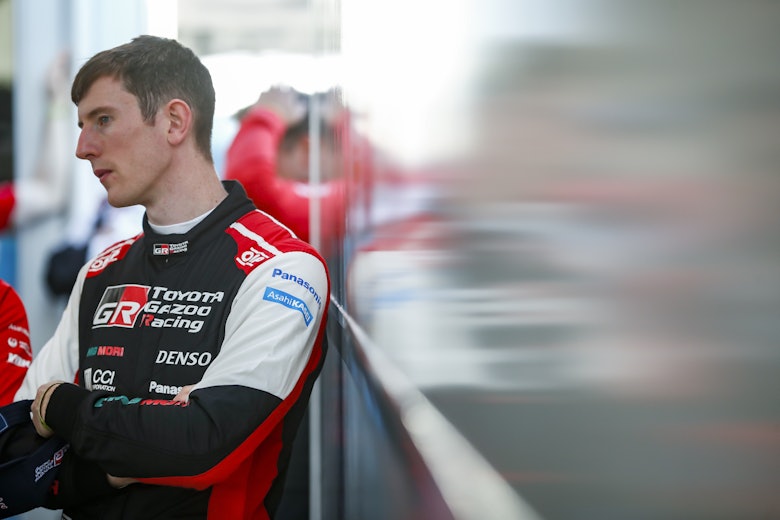 How Evans is tackling his Verstappen-style mission

No driver is in better form than Elfyn Evans right now, which is just as well as he has a bit of a mountain to climb if he is to wrest the championship from his team-mate Ogier.

Evans is relaxed about that prospect, and simply insists that he will approach this rally like any other. But he’s no fool. He knows what’s on the line, so his only real option is to do his part, win the rally and wait and see if the rest will take care of itself.

There’s nothing to suggest Evans isn’t capable of winning either based on both his and Ogier’s recent event form and also his speed here last year when driving with a little reserve.

Whether it’s enough to win the championship remains to be seen, but Evans can’t be discounted from the equation whatsoever.

Gus Greensmith has been remarkably consistent of late, scoring two sixth places and a fifth on the last three events. But they were with Chris Patterson, who’s since retired. How will he fare with Jonas Andersson sitting next to him?

It was certainly quite a late arrangement, after negotiations with Andersson and other parties, and Andersson will need to call the notes in English – something he’s never done in his career before.

But provided the relationship goes well, Greensmith could be another contender. His biggest improvement in 2021 has been learning to relax more, so even if he’s further from the pace than he’d like to be initially, the expected self destruction or error we’d seen in years gone by is unlikely to manifest.

On several events this year Greensmith has targeted his team-mate Fourmaux. He might be trickier to beat at Monza given Greensmith’s unfamiliar circumstances but recent performances will keep him buoyed.

A measured drive to fifth, a disastrous home weekend, and a crushing victory in Greece represents very mixed recent form for Kalle Rovanperä.

There’s little left for the 21-year-old to fight for this season. He could reserve himself a table at the FIA’s awards ceremony if he outscores Neuville by 20 points, but that seems rather unlikely. And Toyota’s manufacturers’ title is all but assured, as the team needs just one of its Yaris WRCs in the top seven this weekend.

Rovanperä is therefore free to just concentrate on improving his own asphalt craft and achieving the best result he can. He was quick on the Monte – the event most similar to Monza in terms of conditions – and even led the rally, so could be a bit of a dark horse this weekend too.