Ogier started the afternoon at the head of the pack, 1.6 seconds clear of Hyundai’s Thierry Neuville, but will start Sunday with a 33.2s deficit in a second place he shares with Neuville’s team-mate Sébastien Loeb.

The majority of his time was lost on the 19.5-mile Yeşilbelde test, where Ogier first discovered he had a problem. He ceded 31.5s on that test alone, and did well to limit the time loss to just 3.3s across the next two stages that concluded Saturday.

When asked about the nature of his problem, Ogier said: “We had an electronic issue I believe, we don’t really know exactly what yet.

“I lost a lot of time with that so it’s a little bit disappointing, but happy to have managed to be here tonight.”

Speaking to DirtFish, Ogier added that the problem “always happened after a few minutes in the stage”.

“It worked [as normal] for two, three kilometers and then I start to get a problem again and the last one I had a little bit of worry because it’s really fast and when you start to lose the central diff, you can lose easily the control of the car as well in the fast corner as well,” he said.

“I’m happy to be here, but for sure it could’ve been better.”

He added: “They [the team] must investigate the data first [but] I’m quite sure they’re going to change everything they can to be sure that we have solved the problem.”

Sunday’s first stage, Çetibeli, is a 23.7-mile test and will be repeated later in the day.

The drivers all therefore know that Rally Turkey is far from over, but equally there is no guarantee for Ogier that any misfortune will strike rivals Neuville, Loeb and team-mate Elfyn Evans as it could indeed be him that tends up in strife.

Ogier is therefore driving with the championship in mind as opposed to shooting for Neuville’s lead. His closest title rival is Evans who is 27.6s back in fourth.

“We had misfortune today but you can always see, let’s say, the positive of the picture that we are still in front of our main contender in the championship, in front of Elfyn, and Ott [Tänak] had a big issue today,” he said.

“That’s what matters the most, and tomorrow is still very long, so we have to finish well if we can and if we can secure a podium it will be a good weekend anyway.” 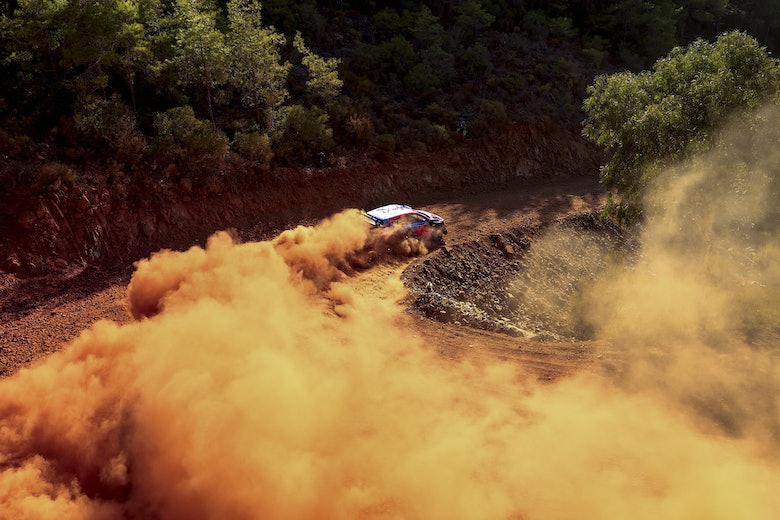