Hyundai’s World Rally Championship season hasn’t quite followed the script it would have prepared. The team’s task now is making sure the sequel goes according to plan instead.

With far less preparation time than its rivals – due to Hyundai motor company’s late sign off to commission the Rally1 program – Hyundai has been chasing its tail since before the season even began.

Its well-documented problems leave it trailing championship leader Toyota by 62 points – not an unassailable gap but a noticeable one nonetheless.

Safari Rally Kenya provided proof of yet another area where Hyundai is struggling compared to Toyota too – the air intake system.

“Toyota appear to have almost a double air intake underneath the lip of the hood, along the front of the hood. It was not very high but not very broad. Hyundai had a great big round one in the middle of the hood,” explained former WRC team manager George Donaldson on the latest episode of SPIN, The Rally Pod.

“Obviously somehow the Toyota picked up less dust than the Hyundai but both cars had the air intake on the front. It would be a kevlar trunk that goes back over the top of the engine, the air filters and the turbos are right down at the back of the engine, kind of underneath the driver’s footwell basically, and there’s a bit of a flexible hose in there to allow it to move a bit obviously.

“The dust was coming in there, going down into the air filter box and then into the turbos – the air filter was just blocking obviously that’s what was happening. The way the Hyundai scooped up the dust it obviously just came straight into that air intake, whereas with the Toyota maybe two bits did but there was one part of it that was still available to let air in and it effectively just took in a little bit less dust.

“Whether it was intelligent design or whether it was a little element of luck, I’m actually going to give Tom Fowler this one – I’m going to say it was probably intelligence,” Donaldson continued.

“He probably said to his engineers go away and look at some of the history of Safari and the problems: air intakes, clutches. And then he’ll have pulled his design team back together, but remember they were under incredible time constraint and then say right ‘think about Safari’ that fabulous design, that’s just going to hoover up dust so we can’t have that but let’s think about the next place we can do it.

“There would have been small compromises, intelligent actions undertaken and Toyota did it better than Hyundai did.”

However there are some extenuating circumstances for Hyundai. Given Hyundai had far less time to create and develop its Rally1 car – with board sign off on the Rally1 project coming months after its rivals – it wouldn’t have had as much time to consider all the options.

But more pertinently, the issues it faced were quite Safari-specific.

“Remember, Hyundai were under much, much, much more severe time pressure,” said Donaldson.

“Let’s say Tom Fowler at Toyota did exactly as I just said, there is no way that Christian Loriaux had the luxury of that time or that resource. M-Sport didn’t have a problem with dust in its air filters, it figured it out too. It had time and its engineers would have done exactly the same.

“Hyundai – generally I think it did pretty good because, let’s be honest, Ott Tänak was in the fight for a good portion of the rally but ultimately the shortage of time, shortage of resource has probably cost it quite dear.”

Donaldson reckons the diligence of Toyota’s drivers also amplified the difference, having witnessed what they were up to between stages. 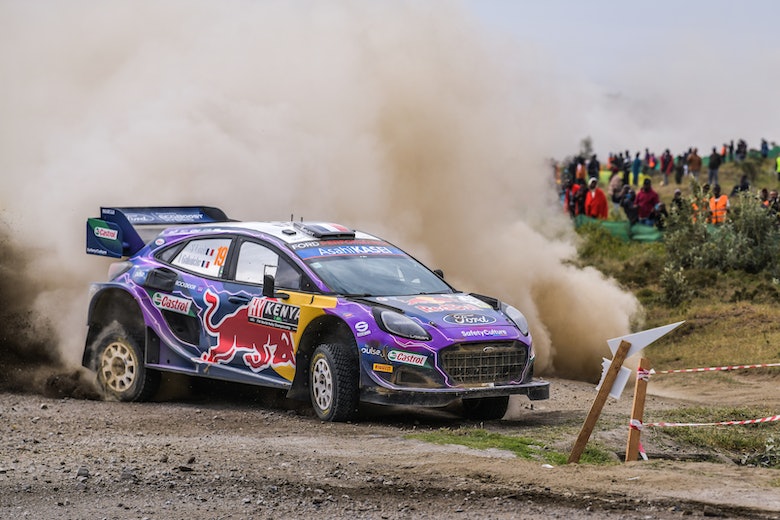 “Séb Ogier and all the other drivers were pulling all the air intake system off and going round various cooling systems on the car with a little homemade vacuum cleaner with a flexible hose on either end, vacuuming out all the dust – and it was significant quantities of dust coming out so they were doing a huge amount of work in between the stages,” he explained.

“I think that’s probably where Toyota got a bit of a bite at it, I think they were on the front-foot on all those kinds of things – led I have to say categorically by Séb Ogier. Brilliant, absolutely brilliant.”

Should Hyundai therefore be worried by its latest issue? It won’t simply rollover and accept it, but there are far more pressing problems to deal with than an air filter design that should perform just fine for the rest of the WRC season.

Every small detail counts though, and Toyota’s absolutely nailing the small details at the moment.

Loeb poised for Acropolis as next WRC outing