M-Sport Ford World Rally Team driver Gus Greensmith has reiterated his desire to land a result at next month’s Acropolis Rally Greece – while at the same time fronting up to what he felt was unacceptable pace at the top of the season.

Greensmith’s improvement in pace has been one of the talking points through the middle of the season. But the 24-year-old is adamant he’s not where he wants to be yet.

Greensmith wants a stage win in Greece next month and then he’s got his eye on the podium – both of which he feels will put him in a strong position for the 2022 season.

In a revealing interview with DirtFish, Greensmith said: “Where I was at the start of this year, I was in no way deserving of being in a World Rally Car. But since then it’s been improving and going a lot better. 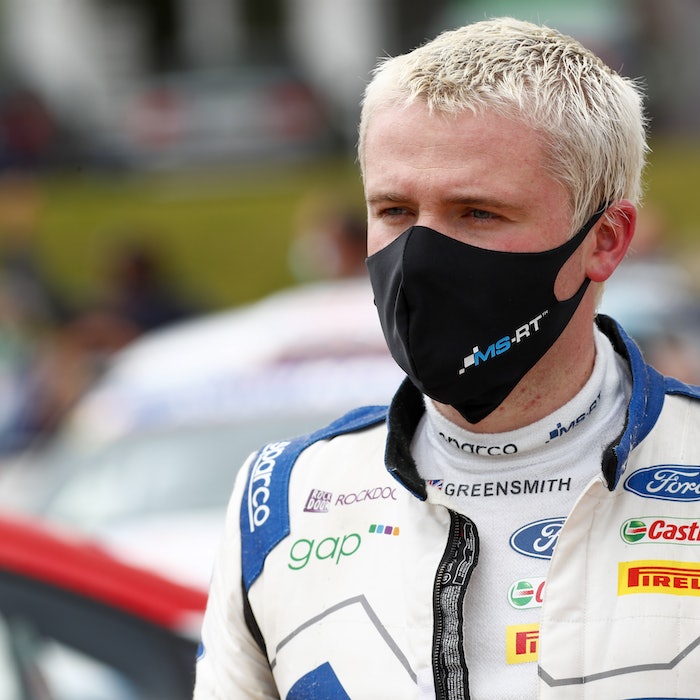 “It would be a lot more promising for the people looking from the outside in if we hadn’t had the issues we’ve had – the speed’s certainly improving. I need to keep going and look for an issue-free Greece and see what we can do there.”

A distant eighth place on the season-opening Monte Carlo Rally was followed by ninth at Arctic Rally Finland. Neither result reflected well on Greensmith and the criticism across social media was as harsh as it was damning.

“That doesn’t bother me that much,” said Greensmith. “Anybody who drives at this level is going to have criticism and you’ve just got to learn to take it.

“If you can’t take it then f*** off out of the sport because there’s no point being here.

“Obviously, no driver likes to be criticized because all you’re trying to do is your best, but you just learn to deal with it and as long as I feel what I’m doing is good enough and the people who matter are happy then that’s what that matters.

“I want to get better, I want to keep improving, I want stage wins and to stand on the podium, so I’ll keep putting in the effort.”

DirtFish will delve deeper into Greensmith’s recent form with a feature on him next week.