The term softly, softly, catchee, monkey was never more appropriate than when competing on the utterly brutal Safari Rally. ‘Tread as carefully as the conditions will allow and for goodness sake, don’t break the car’, was always the key to winning the Kenya-based event.

That was very much the case until one weekend in 1996. Mitsubishi, headed by the late Andrew Cowan and Derek Dauncey along with that year’s eventual champion Tommi Mäkinen, was quite the contrarian group.

Unlike its canceled 2020 comeback, the Safari back then was a mammoth test, with the 1996 event totaling 927.5 miles (down from around 1100 miles due to three stages being canceled). 133.47 of those miles were taken up by Seyabei, the longest stage on the final day’s running – though the pace could hardly be described as ‘running’ at times.

Mitsubishi and Mäkinen had already won the season opener on the icy roads of Sweden and arrived in Africa with a fresh approach to the age-old “build the toughest car possible” strategy which had served crews so well over the years.

Dauncey explained in DirtFish’s recent SPIN – The Rally Pod, that success on the Safari was just as precious as the Monte Carlo or Rally GB.

“It was a bit of a pivotal event for Mitsubishi. Initially the Japanese side of Ralliart had basically gone and competed on the Safari for like six or seven years with Kenjiro Shinozuka and the Tusk Engineering team and they were fully supported by Mitsubishi.

“It was a massive effort.

“The boys would go out there before Christmas and do two complete recces of the route, which is a much bigger route back in the early 90s, and they’d struggled to get a result there against Toyota and Lancia.”

It wasn’t as if Mitsubishi went there and suffered ignominious failure; Shinozuka finished second in the two previous years, albeit 45 minutes adrift of fellow Japanese driver Yoshio Fujimoto in ‘95 and 25 minutes behind Kenyan Ian Duncan in ‘94. Both times, Mitsubishi trailed Toyota, but that all changed for ‘96 following Toyota’s exclusion – and subsequent one-year ban – from the championship the previous year for running an illegal turbo restrictor in Spain.

Dauncey and his team were up against another Japanese powerhouse in Subaru however, with reigning champion Colin McRae leading that particular charge alongside Swede Kenneth Eriksson in the David Richards’ Prodrive run operation.

Mitsubishi began to think outside the box and came up with a tactic which turned the way WRC crews viewed the Safari completely on its head. 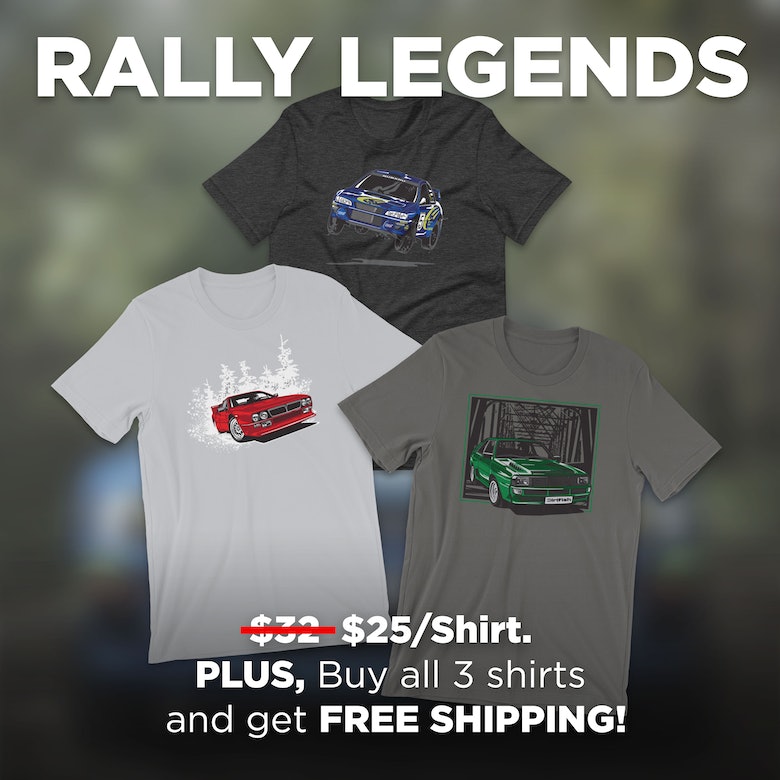 “We went to 1996 with some of the team members who had done Safari before, but also it was very fresh to a lot of us,” Dauncey explains.

“We took a European gravel car and upgraded top mounts and the front chassis rolls were reinforced and double skinned to take the bull bars on the front in case you hit a wild animal. But the Japanese had gone there with a double-skinned floor, it was a ridiculously heavy car and we’d gone with a glorified gravel car which was beefed up.

“Kenjiro continued the same philosophy of doing two recces and we turned up and did a 10-day test before the event.”

Dauncey adds that at the beginning of the week-and-three-day test, things started to go wrong with the Lancer test car, forcing an all-night repair effort on the very first day.

That’s where the decision to use what Dauncey calls a “hybrid damper” as Mitsubishi’s ace card originated.

“[We] got back to the workshop thinking that we were going to have to try and fix [a damper issue] in the field so we could continue on the second day of the test,” says Dauncey.

“And you could put your hand up and feel in between the floor where the cross-member was and touch the fuel tank; the actual back of the car had completely split in half.

“You ran a 125-liter tank, so [as] you can imagine, that’s 125 kilograms of weight plus a spare wheel in there and that broke the back of the car.

“Unfortunately, the first night was an all-nighter taking it out and using half a reel of welding wire to stitch everything back together again [but] we were back on the next day and running again.”

Having toiled with Japan’s own dampers the previous year which Dauncey says ‘didn’t work’, particularly during the previous year’s Rally GB where the Rugby-based team suffered terribly with the rear dampers, a simpler solution was concocted.

Mitsubishi opted to use engineer Pekka Siltanen’s damper design – with Öhlins making the parts. It was an inspired decision which paid off handsomely.

“We tested the car in Kenya and it floated on the rough surfaces. It really felt like an ‘a-ha’ moment,” says Dauncey.

But that still doesn’t quite tell the story of how Mäkinen, on his first Safari Rally, upset the odds to claim victory by more than 14 minutes from Eriksson’s Subaru.

The answer predictably derives from a Finn seemingly unable to accept driving slowly.

“[Tommi] was driving quicker than probably what we would have indicated he needed to do, so, we got a point we were changing corners and uprights during the recce at the lunch break, just to keep the car fresh for him and back in the workshop it became clear that we were going to be short of bearings.

“Then the penny kind of dropped that if we could give Tommi a near-new car before we started, we had a better chance of getting to the finish in a half-decent position.”

Dauncey decided that was the best strategy to give the team a chance of success and as a result, mobilized his team to practise and perfect an effective 20-minute service whereby each corner of the car – low-lateral links, upper links, toe links, uprights and dampers all included – could be changed inside the allotted time limit.

“It was a really big team effort, because Tommi came back in [to service], handed the car to us and it was down to us to get the car back out to him in 20 minutes. There were eight people on the corners and specialists, but the specialists could also work on the car.

“We got to the first service and we laid everything out; Subaru was servicing next to us and we started changing every corner, I can remember a couple of senior Subaru guys looking over and smiling and thinking that we were hitting massive problems.

“The car left and then came back into second service at the same location and we did the same thing; I could see the penny dropping on Mr [David] Richards’ face and I think he suddenly realised what we were doing.

“We changed the philosophy and everyone else started doing the same thing the following year.”

While Mäkinen pushed the Mitsubishi to its limits and Mitsubishi repaired the Lancer each time, Subaru was facing its own troubles. One particular component kept breaking: the dampers.

McRae lost three in one stage, replacing two on the road and completing the rest of the section on the remaining bent one. The Scot just about made it back but he’d already shipped over 40 minutes to Mäkinen.

Eriksson had only just lost his early lead to Mäkinen courtesy of a puncture which cost the Swede two minutes.

In what Dauncey describes as “a huge team effort”, the weekend was topped off with a first win on the Safari since 1976 (then with Joginder Singh and David Doig at the helm), not by driving carefully, but by playing to Mäkinen’s attacking philosophy and the relentlessness of the service crew at base.

“It was a massive result in the end and we really dominated it,” Dauncey says.

“And I can tell 100% at the last service, which was a splash-and-dash, not one of them can tell you that they didn’t have a tear in their eye, because they realised that they’d achieved something special from the effort they had put in.”

While Mitsubishi tasted victory on the Safari with Richard Burns and Robert Reid in 1998 – the pair’s first WRC success – it wasn’t until Mäkinen’s final year with the Japanese manufacturer in 2001 that the Finn stepped onto the top step of the podium in Nairobi again.

But as far as legacies go – and we’re talking about Mitsubishis here, not Subarus – Mäkinen’s victory in 1996 was the start of something revolutionary.