Granted, this one was never likely to feature in Les Propheties and Elfyn Evans isn’t exactly Nostradamus, but the Welshman was bang on the money, wasn’t he?

Watch this space, he said. Business as usual, he said.

Celebrated? Not so much.

Ogier’s words following a maiden win aboard the Yaris WRC were the words of a champion and a gentleman. Sure, there will be the haters out there who will find fault with his motivation and his feelings. But anybody who’s watched, observed and reported on Ogier’s career will have witnessed the evolution from a single-minded, ruthless, win-at-all-costs driver into a family man. At work, nothing’s changed: he’s a single-minded, ruthless, win-at-all-costs dad.

The compassion he showed throughout Rally México was remarkable.

He was genuinely conflicted ahead of shakedown on Thursday morning. He was bothered on two fronts – concerned at bringing the coronavirus to a part of the world which was apparently untouched when the WRC arrived. And secondly, at this time of a global crisis, he wanted to be home with his wife and child. He wanted to be a father.

I’d have put good money on him going home on Thursday, so to see him taking the start in Guanajuato was a demonstration of his professionalism. And don’t be fooled here, much as Toyota’s management would have discussed the matter with Ogier and wanted their star driver to stay and fight, the ultimate decision sat entirely with a driver with nothing to prove.

Even when he arrived in the centre of Guanajuato for the biggest and best ceremonial start of the season – a gathering which always puts the biggest of smiles on his face – he looked troubled and unsure of what lay ahead. 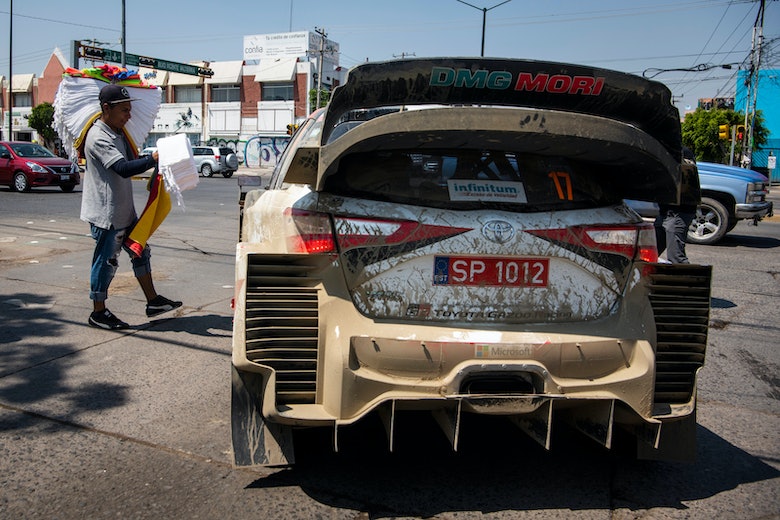 The following morning, limbering up for El Chocolate, the time had come to get his head in the game.

“Enough of this now,” he told me, “let’s talk more about this on Sunday. But now, I have to focus.”

And that focus would have been helped no end by seeing his friend and rival Ott Tänak make the best start of any new driver-car combination on the first full gravel (and no, some of those Swedish stages don’t count…) test of the season.

Let’s do the maths here, the thinking is each car is worth a tenth of a second per mile. At 20 miles, that’s two seconds per car and five cars passed before the Estonian. Five times two is 10. The Hyundai driver’s advantage at the Chocolate stop line 10.3s.

That’s not to take anything away from the defending champion. Granted, the line was cleaner, the road faster, but he still had to keep the taps open longer than anybody else. Worryingly for the Estonian’s rivals was his reflection at the end of SS3 (the first two stages were run through the Guanajuato streets).

“It was good,” he said, pulling his DirtFish hat straight. “But it wasn’t perfect.”

It wasn’t perfect, but it was the lead. 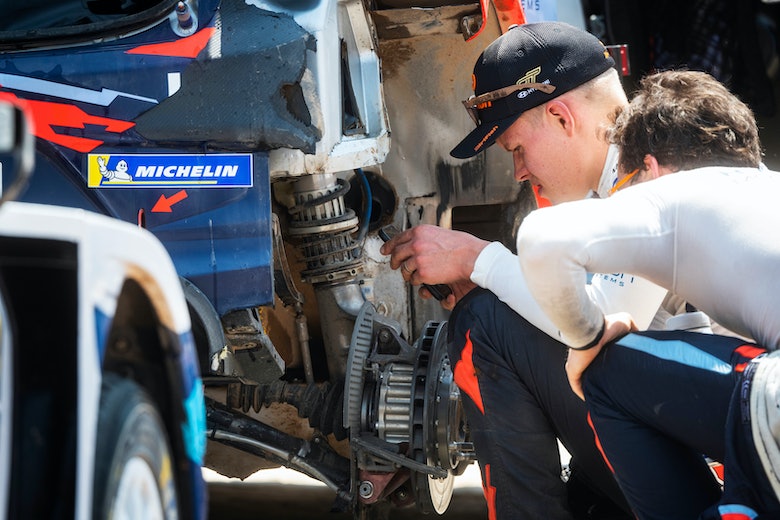 Bouncing the right-rear of the i20 Coupe WRC off the scenery on the ensuing Ortega test cost 45s, the lead and the suspension on that corner of the car. Tänak and co-driver Martin Järveoja cobbled together the best repair possible and did well to contain the time loss to a second and a half in Las Minas, but shipping another seven on Friday morning’s final dash through the Bicentenary Park left him a distant seventh.

Ogier was being kept honest by M-Sport Ford driver Teemu Suninen and Thierry Neuville (Hyundai), running second and third respectively and just 10s off the lead.

Ogier was content, but not comfortable. There were aspects of the Yaris which were taking longer to get used to than expected – the gearshift time was one particular cause for concern.

The afternoon built another three seconds into his lead, much of which came from a brace of scratch times on the Friday evening Autodromo spectator-pleasers.

If there was a turning point in Ogier’s event it arguably came out of a degree of confusion on his way to Saturday morning’s Guanajuatito opener. A mile or so out from the start, Gap’s most famous son wound the Toyota up, put some lock on and some energy into the Yaris to warm the tyres.

“Immediately it didn’t feel like normal,” he told DirtFish. “I was thinking straight away: ‘Is it the altitude? Are we higher here?’ I didn’t know what was going on, but the power didn’t feel the same.”

It would be entirely fair to say he was as surprised as anybody when he took 8.2s out of Tänak, whose road position wasn’t exactly compromised just two cars ahead of him. Asked about the difference, Ogier smiled.

“I think some of the difference came because of this feeling that the car might be down on power,” he said. “I think that made me give a little extra push. But the feeling from the car was actually coming because we had more grip in the road.”

“You can start to think about controlling a [México] lead at about half a minute,” said Ogier. 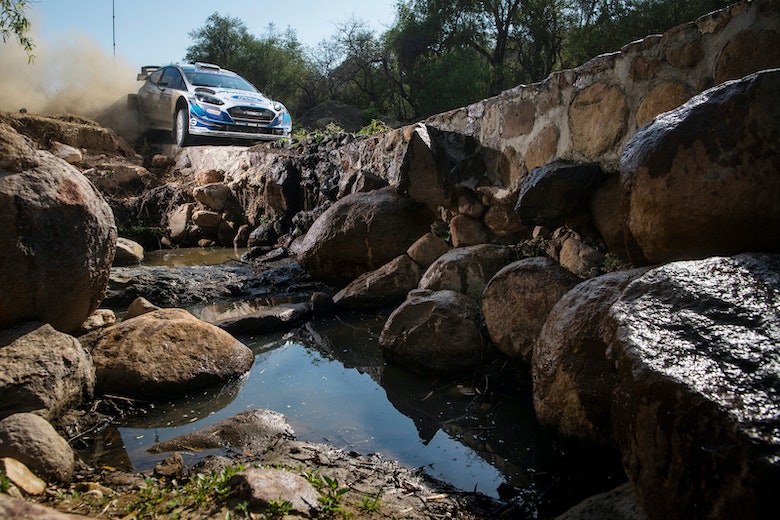 Suninen’s attack was turning into an increasingly rear-guard action as Tänak hoved into view with the podium’s second step firmly in his sights.

With news of the early finish to the event leaking out, the cars headed back to the stages with the teams chucking everything in packing cases at the start of a different race.

Not that Ogier needed any more motivation, but the news that – in his eyes – the right decision had been made (albeit two days too late) and he would be out of León sooner than expected helped him deliver a drama-free afternoon. And a maiden 2020 win.

It was hard to know what to expect from Ogier and co-driver Julien Ingrassia. How would they play this one? The win was what they’d left Europe chasing, but Ogier sagely questioned at what cost those 25 points had come.

“If we put fans at danger, then this win has no value,” he said. “A victory is a victory of course but this one feels completely different to any others because, for me, this rally should have not happened. For me, protecting human life should go first and I hope we didn’t bring any harm here to the Mexican people.”

When Ogier ends a win like that, there’s nothing more for me to add here.

(But if you want to know what happened to the best of the rest, look out for the DirtFish driver ratings later on Monday) 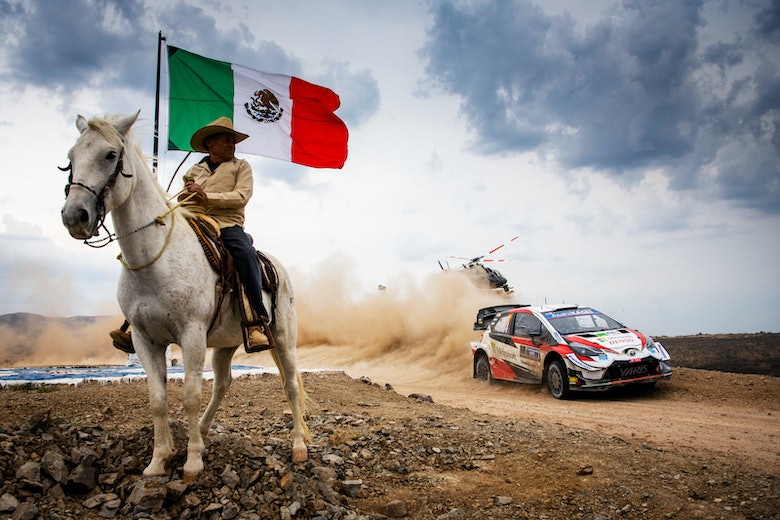 The story of Rally México in pictures