Hyundai Motorsport team principal Andrea Adamo has downplayed the significance of the provisional 2021 World Rally Championship calendar, pointing out that he expects this year’s ad-hoc approach to continue into next season.

The FIA and WRC Promoter recently revealed a 12-round schedule, with six stand-by events nominated in advance in case any of the originally-scheduled events fall by the wayside.

Asked for his thoughts, Adamo told DirtFish: “The calendar is nice. It’s nice we have one. But the situation is evolving so fast. I don’t know about the next two weeks – read the newspapers!

“So, we put the calendar down; we put Kenya in because they have a contract, but let’s see what will happen.

“In one year, we will sit together, you and me and we’ll bring Colin [Clark] for a cappuccino and a nice slice of pizza.

“Let’s sit down for one of your kitchen table debriefs and let’s see how many rallies have happened.

“Let’s see which ones on the calendar happened and which ones came out of the blue. 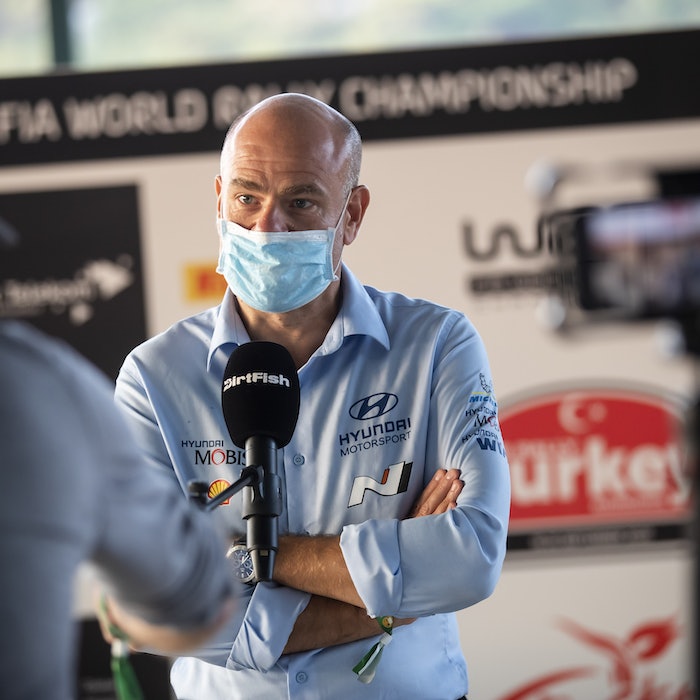 When people say to me: 'Are you happy with the calendar?' Which f***ing calendar? Andrea Adamo, Hyndai Motorsport team principal

“In March, when we left México, would you have thought we could have Estonia, Monza, Ypres?

“We have to work together and say that even in this middle of this s**t, when there are people around the world dying and where there is economic war, we work together and found amazing events and a way to put the stars together in Monza.

“Sorry if I’m getting boring, but when people say to me: ‘Are you happy with the calendar?’

“There are dates, so let’s work to plan. But Monte Carlo? Are you sure? It’s a total red zone right now. What are you speaking about?”

Acropolis, Ypres, Turkey, Argentina, Monza and Latvia are all on stand-by to take the place of any of the 12 rallies should they be unable to run due to COVID-related issues.