Hyundai Motorsport director Andrea Adamo has called his World Rally Championship team together this week to figure out what went wrong with a “s***” Rally México.

The defending world champion team lost ground to Toyota Gazoo Racing for a second event in succession after mechanical problems struck the i20 Coupe WRCs of Dani Sordo and Thierry Neuville in México last week.

Ott Tänak’s second place – and the Estonian’s admission that he had the pace to win – was the silver lining to an otherwise cloudy outing.

Asked to sum-up the third round for DirtFish, Adamo’s appraisal was brief: “S***.”

Sordo’s was the first car to fall after a radiator pipe came adrift of the Spaniard’s i20, forcing him to get out and tighten it up on the El Chocolate test that started Friday’s action. Sordo recovered to post fastest time on Las Minas before retiring on the first stage after lunch. 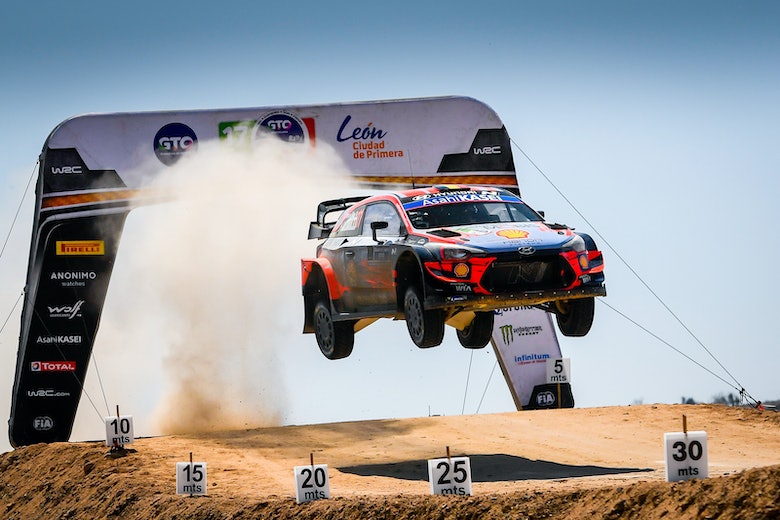 Two stages later and Neuville stoppedwith electrical problems. While Sordo’s rally was run having suffered a terminal engine problem related to the lack of cooling earlier in the day, Neuville was able to return on Saturday, where he went quickest on five of the nine stages.

Adamo told DirtFish: “We have done mistakes in this rally that we should not have done and I have to understand why.

“I call a meeting this week to understand how this happened and then to fix things and sort them out.”

The Italian was quick to shoulder the blame for the performance, adding: “We have seen worse in life. In cases like this you analyse what happened and where I made a mistake.

“Hyundai Motorsport is not done by stupid people, it’s done by very clever people and I’m the weak point sometimes – the least clever. I maybe need to let them organise themselves into more clever things.

“I’m responsible for the team. If you are team principal, people ask for the selfie, for the photograph and speak with journalists and we have to take responsibility 100%. If there are mistakes in my team, it’s my mistake.”

Asked if Sordo’s problem could have been related to the rough nature of the event, Adamo replied: “It’s nothing related to this, it’s related instead to the preparation we have done for the rally.”