Current drivers Esapekka Lappi, Teemu Suninen and Gus Greensmith are all understood to be out of contract with the team at the end of the season.

Beyond the Ford Fiesta WRC drivers, there’s expected to be little driver movement in the off-season this year. 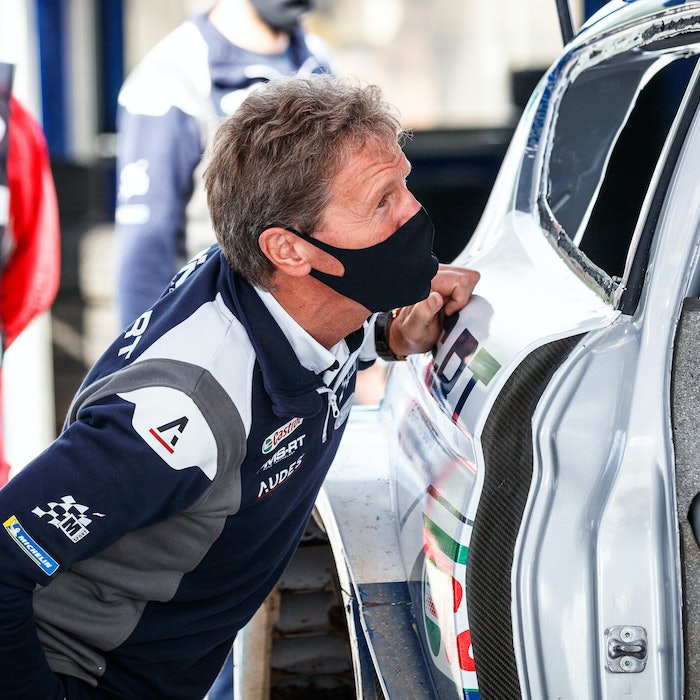 I’ll be honest, my focus is on working to get the company through the current crisis. We’re in no rush to get the drivers decided Malcolm Wilson

Toyota is discussing a single-season extension to Sébastien Ogier’s contract to keep him in a Yaris WRC as team-mate to Elfyn Evans and Kalle Rovanperä.

Hyundai’s line-up is also expected to be unchanged, with the exception of Sébastien Loeb’s departure. Craig Breen and Dani Sordo are near certain to share a third i20 Coupe WRC alongside Ott Tänak and Thierry Neuville.

Wilson told DirtFish: “Of course we want to be competitive next season, but we haven’t discussed anything with any of the drivers really.

“I’ll be honest, my focus is on working to get the company through the current crisis.

“We’re in no rush to get the drivers decided – we’ve got a lot going on right now.

“While much of the attention is focussed on the change of regulations coming in 2022, next year’s an important one for us.

“We’ve got some upgrades coming with the car and, obviously, the engine specification from next year will be the one we run for the new homologation [in 2022].”

While Suninen and Greensmith have been with M-Sport since 2017 and 2018 respectively, Lappi joined at the end of last season after Citroën pulled out of the championship.

Suninen is currently top M-Sport driver in the standings in sixth, six points ahead of Lappi.