Thierry Neuville wins his first race of the season at the historic Tour de Corse.

Neuville topped the leaderboard by 54.7sec in a Hyundai i20, having crashed out of the lead in both Monte-Carlo and Sweden earlier in the year.

He becomes the fourth different driver to win in the opening four rounds of the new-era WRC, each representing a different manufacturer. The last season in which four different teams won consecutive events was 1987.

Neuville was patient while he fine-tuned his car’s set-up on Friday for the narrow and twisty mountain road speed tests on the Mediterranean island. He grabbed the initiative on Saturday when Kris Meeke retired from the lead with engine problems and eased through today’s finale.

“The feeling is amazing,” he said. “Special thanks to the team, they have always believed in me and kept pushing me after Monte-Carlo and Sweden. I struggled a bit in the opening day and I wasn’t sure we could win this event, but we came back and turned it around.” 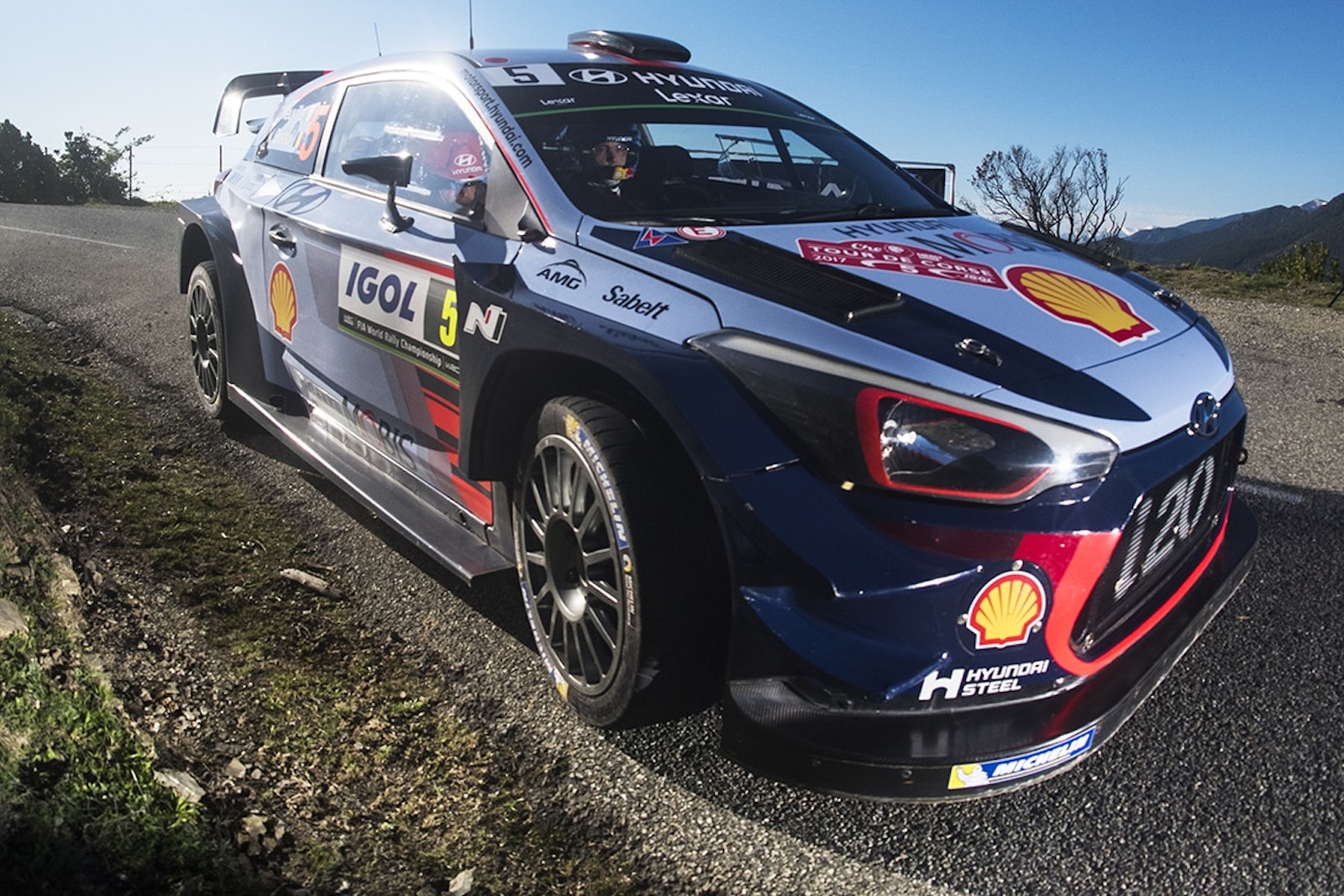 Sébastien Ogier extended his championship lead to 13 points after passing Dani Sordo in the final test. Electrical problems slowed the Frenchman’s Ford Fiesta in the previous special stage to allow the Spaniard ahead, but he overturned a 2.5sec deficit to prevail by 1.7sec.

“It’s been a tough rally but a podium is better than nothing,” said a frustrated Ogier, whose victory chances ended yesterday afternoon with hydraulic problems. “We had no power and no handbrake on the last stage, lots of problems.”

Sordo’s i20 had 13.6sec in hand over Jari-Matti Latvala. The Finn threw caution to the wind in the final test to relegate Craig Breen to fifth by just a tenth of a second. An extra for Latvala was that fastest time earned him maximum Power Stage bonus points.

Breen was one of the few drivers to enjoy an error-free weekend in his Citroën C3 and the Irishman finished more than a minute ahead of Hayden Paddon. Asphalt is the Kiwi’s least-favoured surface and a final stage overshoot in his i20 summed up his weekend.

The championship returns to gravel for round five when Villa Carlos Paz hosts YPF Rally Argentina on 27 – 30 April.