Thierry Neuville stretched his leading advantage on the World Rally Championship’s first-ever Rally Croatia with a dominant victory on the second stage.

The Hyundai driver was the first car on the road after WRC points leader Kalle Rovanperä threw his Toyota Yaris WRC into the trees on the opening stage of the rally. 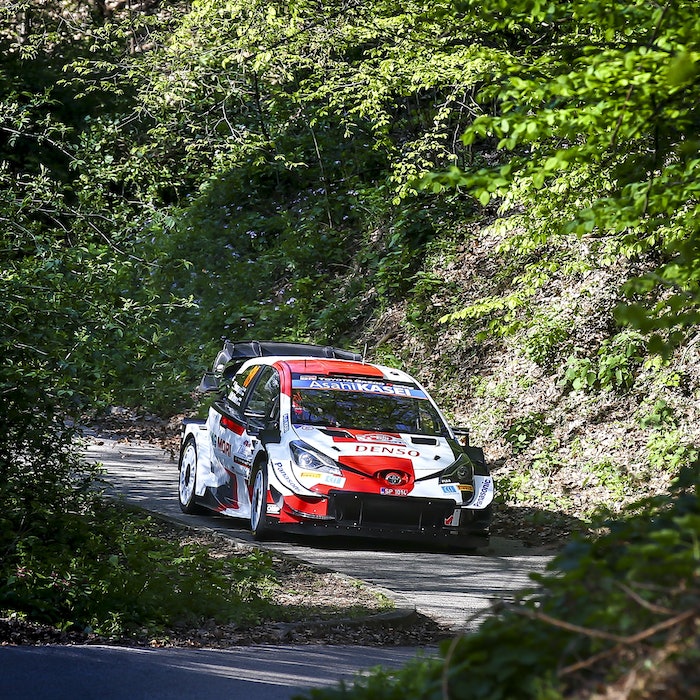 Toyota driver, who was opening the road for the first time, was fastest through first split but went off the road before the end of the test

Neuville set a blistering pace through the 14.76-mile Kostanjevac – Petruš Vrh test to take a second successive stage victory on the asphalt rally.

It also marks the first time that he’s claimed back-to-back WRC stage wins with his new co-driver Martijn Wydaeghe, and the first two stages since they fixed an intercom issue that disrupted the delivery of their pacenotes.

“There is zero grip,” Neuville exclaimed despite topping the stage. “A lot of surprises. A huge jump and we landed very hard. But we’re here – I am lucky.”

Neuville’s time was 15.7 seconds quicker than his Hyundai team-mate Ott Tänak, who admitted after the stage that there were no particular issues that contributed to the pace differential.

The closest challenger to Neuville proved to be Elfyn Evans, who set a time 4.9s adrift of the stage-winning time to move ahead of Tänak and into second place.

Evans ran third on the road but believed the cuts taken by Neuville, and his Toyota team-mate Sébastien Ogier ahead of him, already made a difference to the condition of the road.

Ogier (pictured above) rounded out the top three times to move from fifth to third overall, having lost time during a tricky opening stage as he picked up a puncture at the same corner that claimed his team-mate Rovanperä.

Tänak’s time dropped him to fourth overall, with the fellow Hyundai i20 Coupe WRC of Craig Breen placing fifth in both the stage times and overall positions.

“I just need a little bit more confidence in some places,” Breen admitted after the stage. “It feels a little bit alien still but I’m quite happy.”

There was drama in WRC2 as current championship leader Andreas Mikkelsen stopped on the stage after spinning with an issue. He is yet to resume.

Despite reporting brake issues at the end of the test, Mads Østberg won the stage in the new Citroën C3 Rally2, one second faster than stage one victor Nikolay Gryazin.

Gryazin leads Østberg at the front of WRC2 by a single second, with Teemu Suninen – stepping back for his first appearance in the second-tier since the 2018 Monte Carlo Rally – completing the top three.

Emil Lindholm dropped from second to sixth place in the overall classification, one place behind the 2019 ERC champion Chris Ingram.