A commanding performance to win both the event and the powerstage in Finland – coupled to a muted fifth place for Ogier – has moved Evans back into the race to become the 2021 world champion.

Ogier leads Evans by 24 points ahead of this weekend’s Rally Spain, so can win the title a round early if he outscores Evans by six points. But Evans in turn can keep his prospects alive heading into Monza if he beats Ogier or loses out by less than those six points. 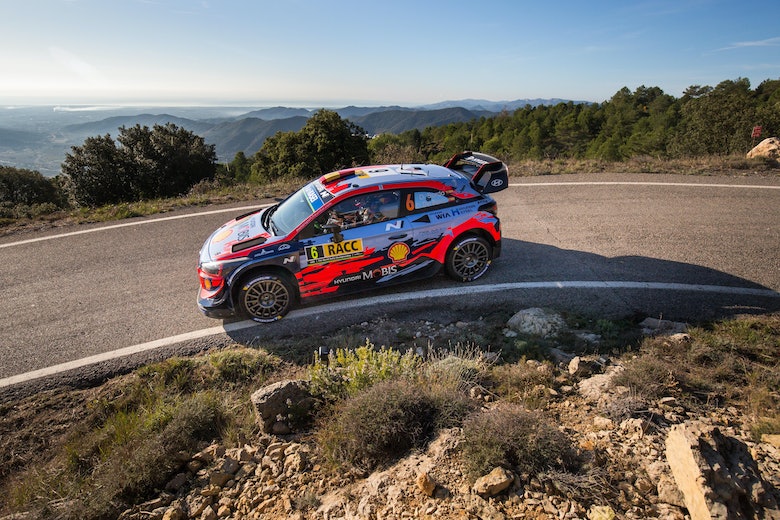 The two Toyotas topped the times on shakedown but Thierry Neuville’s Hyundai was just 0.2s slower than Evans, 0.4s down on Ogier’s benchmark. In fact, the top five cars were all split by 0.2s increments with Dani Sordo fourth fastest; 0.6s down on Ogier and Ott Tänak another 0.2s off his team-mate Sordo.

Kalle Rovanperä – back to full fitness after suffering with a sore back in his Rally Finland accident – was sixth quickest in his Toyota, 1.2s down on his team leader’s pace.

Adrien Fourmaux leads the M-Sport charge in sixth spot, setting a time just 0.1s poorer than Rovanperä’s on his fourth pass of the asphalt stage.

Shakedown was of more importance to the M-Sport drivers given they hadn’t completed a pre-event test, but after struggling for pace in Finland the initial times will be encouraging.

Gus Greensmith was just 0.1s slower than his stablemate Fourmaux.

Takamoto Katsuta’s best effort was just 0.1s adrift of what Tänak and Greensmith could manage and a full second faster than Nil Solans who is making his World Rally Car debut in the WRC this weekend in place of the injured Pierre-Louis Loubet.

Solans was however quicker than his 2C Competition team-mate Oliver Solberg who was 11th fastest and 0.2s down on Solans.

How the WRC has reacted to the 2021 Monza Rally route