Sébastien Ogier may lead Rally Spain overnight, but he has revealed he was stopped between two stages on Friday afternoon for “12-15 minutes” with a sensor issue.

Ogier, who’s contesting his first back-to-back World Rally Championship rounds in the hybrid Toyota GR Yaris Rally1, took the lead of the event on SS3 before briefly losing it to Thierry Neuville heading into lunchtime service.

But across the afternoon Ogier immediately returned to the front and ticked off two stage wins to establish an overnight lead of 4.8 seconds over team-mate Kalle Rovanperä.

It appeared a straightforward day for the outgoing world champion, who overcame the handicap of running seventh on the road with ease. But it wasn’t so.

“Actually I had a little bit of a worry this afternoon, the car stopped between two stages and we had to mechanic a little bit and solve an error, a sensor problem I guess,” Ogier told DirtFish.

“It was a bit of a scary moment when this car would not restart for 12-15 minutes, so I’m happy that the team on the phone could support and help us solve the problem.”

Asked if it was a problem that he had encountered before, Ogier responded: “I’m not sure, I haven’t been all the time in the team this year.

“I think it’s pretty new, but something linked to a sensor. I’m glad that we have a competent team around us who could solve it.”

It’s not an issue that is expected to affect Ogier on Saturday – a leg that is familiar with all of the WRC crews with stages very like a racetrack in style.

It’s a rare occasion where Rovanperä’s inexperience may actually count against him.

“Yeah, I think so too,” said Rovanperä.

“He has been driving them even more than me, so yeah it’s not easy; everybody knows the stages tomorrow.

“It’s going to be just a factor of who will have the best feeling and who will take the most risks because everyone will know the stages and there is no need for pacenotes really.” 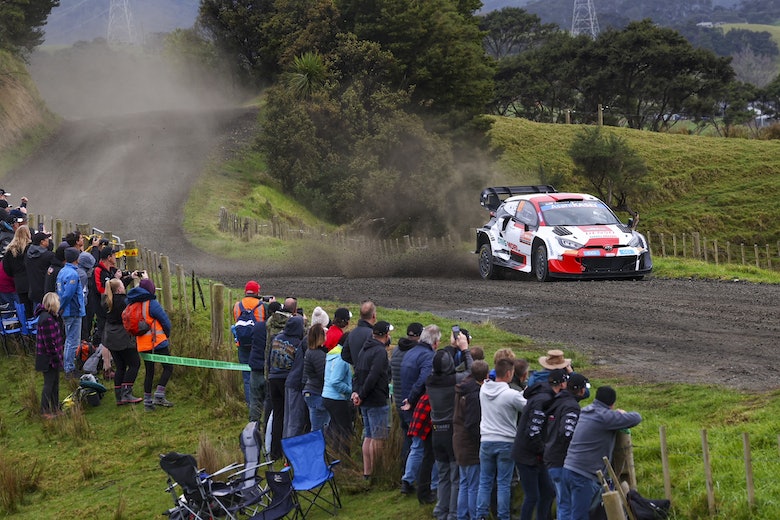 Ogier added: “Everybody knows these stages very well now so probably worked a lot on the onboards from the last years, it’s about circuit driving tomorrow than really driving on the limit.

“Maybe the conditions will be also a bit more straightforward with the weather, so I’m sure we’ll have to keep pushing because we all know the speed of Kalle and Thierry is not that far.

“So for sure, I’ll have to do something”