A ninth World Rally Championship title doesn’t really interest Sébastien Ogier. Even if it did, the opportunity to be fully around as his son grows up appeals more.

But being the best? That’s always what’s driven Ogier. In fact, it’s his endless pursuit to be the best that former co-driver Julien Ingrassia marks out as Ogier’s most special trait.

Kalle Rovanperä has taken the right to the #1 plates from Ogier but they’re still proudly stitched onto his racing boots, and Ogier firmly proved why he still warrants them. In Spain, he put the new world champion in his place. 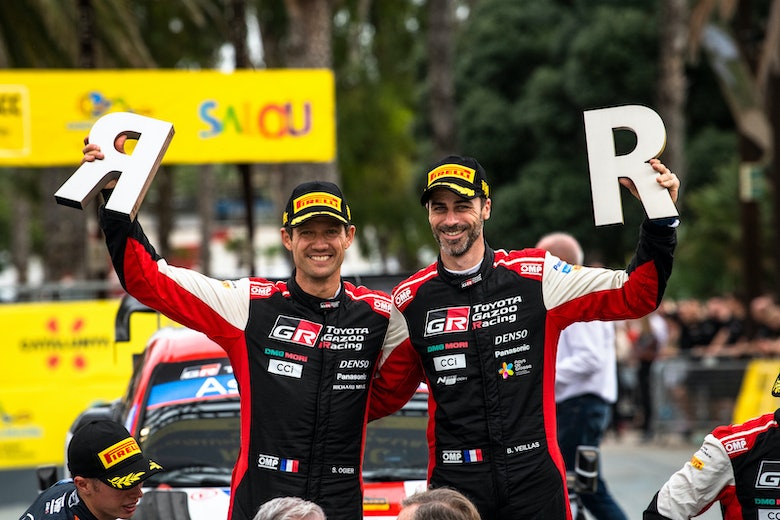 Ogier’s 2022, his first as a part-timer, has been a slow burner. He still believes he should’ve won the Monte Carlo Rally but, as it was, a puncture dropped him behind Sébastien Loeb and he couldn’t quite recover the deficit.

From there, an off-beat drive in Portugal was followed up by another flat while leading in Kenya. Uncharacteristically, Ogier came home as the last of the four Toyota cars. A long, long summer holiday then beckoned.

Bronzed, happy and relaxed, it was almost a new Ogier that returned three months later for Rally New Zealand. A first Rally1 victory still evaded him, but second place was a good return to form.

Spain offered Ogier his first back-to-back rallies since his decision to regress his WRC commitment and his first attempt at asphalt driving since January’s Monte Carlo Rally. Were these the key factors that made the difference? Was it the fact that he wanted to remind the world that he can still cut it?

Either way, the Ogier swagger was back – even if he was initially puzzled by our assessment.

An Ogier win wasn’t an obvious bet last week. He’d made the Spanish roads his own when driving a Volkswagen (aside from the year when he got greedy and binned it in pursuit of an unnecessary three powerstage points), but since 2016 he hasn’t been a winner in Spain.

And with the damp conditions offered up on Friday, seventh on the road was far from the ideal place to be. Indeed it was the other Toyota of Rovanperä who initially led, cashing in on his first-on-the-road advantage.

But Ogier was never far away. Once the two brand-new tests – Els Omells and Serra de la Llena – were out of the way, Ogier pounced. Fastest time over Les Garrigues Altes immediately vaulted him from third to first, but he was kept honest as Thierry Neuville’s Hyundai leapt ahead as the crews rolled into first service; albeit by just half a second.

After the high-speed roads of New Zealand that weren’t up to his liking, Neuville was up for the fight in Spain and attempted to achieve a hattrick of Catalan wins. But there’d be no such joy in 2022. His i20 N Rally1 wasn’t quite the extension of his body that he’d have liked it to have been, but ultimately Neuville was pragmatic about his lot.

“Sometimes you need to accept that somebody is stronger, and this weekend, Sébastien was stronger than us,” he said.

Neuville, then, was dealt with. Instead, what we were all keenly anticipating was a Loeb/Ogier-esque battle of the ages: the student up against the master. Toyota’s new world champion against Toyota’s outgoing world champion. Ogier vs Rovanperä.

After Friday’s eight stages it was 1-0 to the master; Ogier carrying a 4.8-second lead into Saturday – a day that Rovanperä knew his inexperience relative to Ogier would likely work against him.

“It’s not easy,” said the 22-year-old, “everybody knows the stages tomorrow.”

Few could have foreseen just how assured Ogier was going to be, though. Parking up ahead of the morning’s first test, Rovanperä looked ready – calm, composed and controlled. Ogier’s challenge? Bring it on.

Then things got real when a few minutes later, Ogier arrived on the scene. There were plenty of places he could have parked for his pre-stage preparations, but he had his eyes on one spot and one spot only. The spot conveniently located right next to Rovanperä’s car. He even had to reverse into it.

In a steely fashion, Ogier remained rooted in his Yaris. Rovanperä kept his eyes forward as best he could, but couldn’t resist the odd glance over his shoulder. Then all he was doing was staring at the front of Ogier’s car.

“I don’t see anything, it should be the same,” he smiled. But the battle lines were very clearly being drawn.

Ogier then got out, kneeling down to sign a young fan’s pair of pants. Grinning as he’s greeted by DirtFish, Rovanperä is quite literally in Ogier’s sights. The words he offered were considered, but somewhat in contrast to the idea he clearly had.

“We are in the lead which is nice, but anyway we need to try and enjoy like we did yesterday,” he said. “We need to push because we are quite sure the gap will remain close.”

He got the first bit right, but the second bit wrong. Ogier did of course push, but the gap didn’t remain close. Not even slightly. Those 4.8s suddenly became 20.7s by close of play that evening on stages where gaps are typically minute, and Rovanperä had even been fleeced by Neuville.

It was vintage Ogier. Ruthless, measured and devastatingly fast. All he had to do on Sunday was manage his pace and convert the rally lead into the rally win. Which he did, topped off of course with  a powerstage win to boot. Did he need it? Not a chance. But Ogier chose to grab it anyway.

There’s a theory that while Rovanperä has undoubtedly been excellent this season, the dominance has perhaps flattered him at times as none of his rivals were able to string together a credible challenge. By the time Ott Tänak hit top gear, Rovanperä was long gone.

What would have happened if Ogier had decided to do one more year? We had a think about that in the wake of Rovanperä’s title success in New Zealand, but now we may have an answer.

Ogier doesn’t see it that way, though. To him, this was no point proven.

“There’s nothing to be proven, one more time,” he stressed, slightly perplexed at the line of questioning.

“I think Kalle is a well-deserved champion this year, there’s nothing to say about that. Of course it’s still nice to come here and show the speed we can still have when we are relaxed and push. I’m very proud of that.

“But more than that I enjoy this competition against a champion like Kalle or Thierry or Ott [Tänak].

“It’s been intense this weekend. We had to push to get this win so it’s always better tasting when you win that way.”

I, however, can’t say that I agree.

Sure, apples are apples – they can’t be exchanged for oranges – but this was a clear statement win from Ogier. With no title permutations on the line, this was a straight fight and a fight Ogier never looked like he was ever going to lose.

He’s right to point to his speed on previous rallies and argue that he could’ve won had the dominoes fallen in his favor. And he’s right to convey that Rovanperä is unquestionably a deserving world champion.

But coming second doesn’t suit him. Winning is a far more fitting color on Gap’s finest. And Ogier’s attitude and demeanor throughout the entire Rally Spain weekend was that of a winner – just how it always used to be.

It may not have been a delicious performance, but it was certainly golden.

Tänak to quit Hyundai at end of 2022 season