Greensmith started his season with two fifth places, marking his best results on ice and snow (and the asphalt that laid beneath on the Monte Carlo Rally), but his Croatia Rally was less fruitful as he finished in 15th place.

The 25-year-old, now in his third season in top-class machinery, thought a “top five was realistic” in Croatia with the pace he showed between punctures, but the way his rally unraveled left him out of the top 10 but has “put me in a very good road position for my favorite rally, so that’s the silver lining” in Portugal later this month.

“The ambition there is to get a podium,” he told DirtFish. “That’s the only focus. It will be flat out from the first stage and I’ll give it absolutely everything. And whatever the result is at the end of the weekend, it won’t be through lack of effort.”

Does that mean a trophy or trees approach in pursuit of a first WRC rostrum?

Greensmith will be part of a five-car Rally1 line-up at M-Sport in Portugal as Monte Carlo winner Sébastien Loeb returns to the fold, but the pressure will be off in some capacity as Greensmith’s car won’t be entered for manufacturer points. This means a win or bust approach won’t be costly in the team’s title fight with Hyundai and Toyota.

“No excuses [to not perform], but then again no pressure because I love the place so much. When I get there I feel like it’s my home rally,” he said. 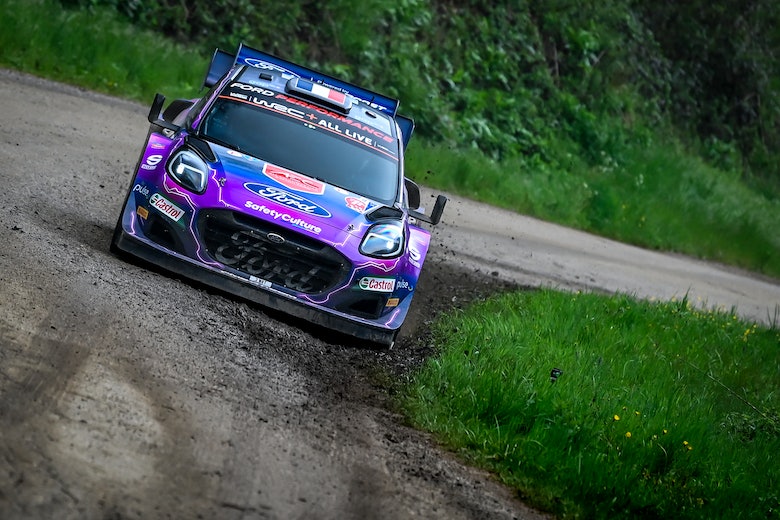 “I don’t know [why that is], I think it’s because it was my first WRC event when I was younger back in 2015. Ever since then, I’ve just really enjoyed it.

How streaming has changed rallying’s DNA