As part of our #DirtFishMonday package, we’ll be giving our verdict on the drivers’ performances after every round of this year’s World Rally Championship season.

Dirtfish enior staff writer David Evans is in the hot seat again this week – here is how he ranked the Rally México field. 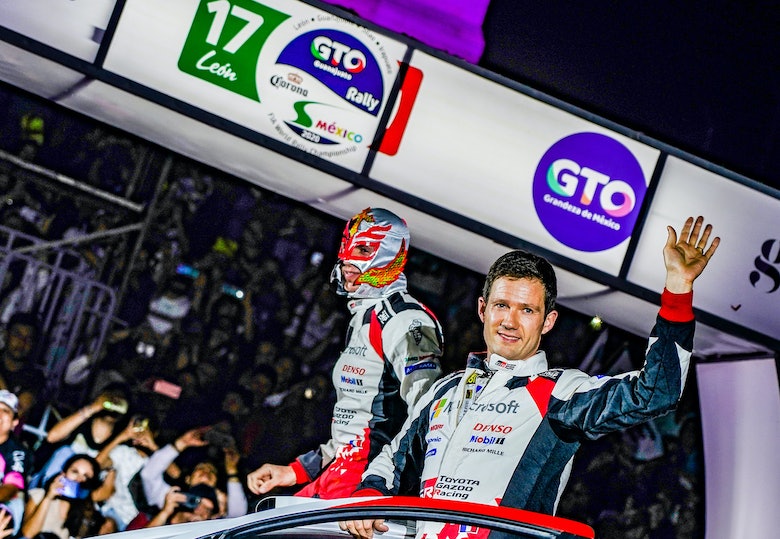 Thought about an eight or a nine for the winner – given that we only got two of the planned three days – but he fully deserves all 10. I don’t think there was another driver out there thinking quite so deeply about the wider implications of what we were doing in México last week and to be able to put that to one side and lead the rally from the fourth stage onwards was quite superb.

And this wasn’t Ogier at his best. There are still areas of the car he wants to work on, still areas of the package he can find more speed from. All of that said, it’s rather ominous for everybody else that the six-time champion stands at the top of the table three rallies in. 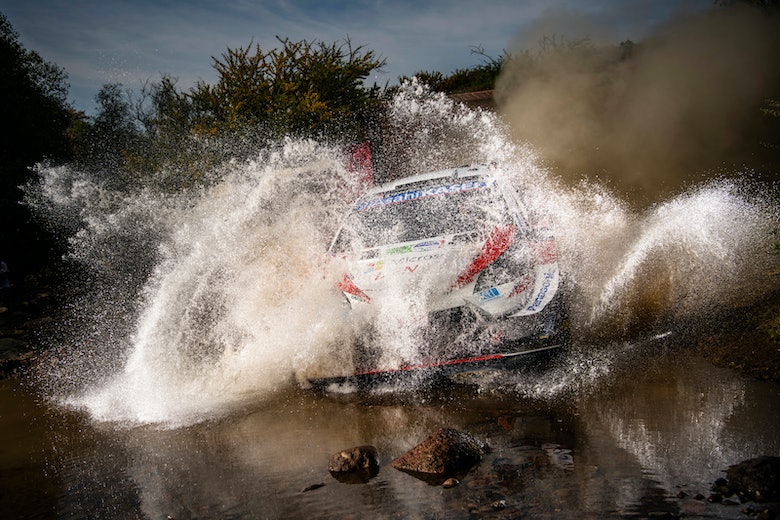 Championship leader coming into the León-based event, Evans finished off the podium for the first time since joining Toyota (though admittedly that was only three rallies ago). He knew he would struggle sweeping the surface through day one and the tight, twisty El Chocolate was the worst of the lot. Skating across the top of braking zones and feathering the throttle trying to find traction on the exit of junctions cost the Welshman 26s compared to Ott Tänak’s SS3 benchmark.

Evans was deeply frustrated to have missed out on an improved position on the road for Saturday. Had he been six tenths ahead of Tänak on Friday he would have enjoyed a better place on the road and not fallen foul of the ‘technical’ problem Thierry Neuville ‘suffered’ that meant the Belgian slotted in behind the #33 Toyota and ahead of the defending champion’s car. Saturday afternoon wasn’t ideal with Evans reporting a number of issues, but by then a podium shot was unrealistic anyway.

That Evans departed México disgruntled with fourth overall, second in the championship and eight points off the top of the table is a reflection of where he’s at in his career right now. 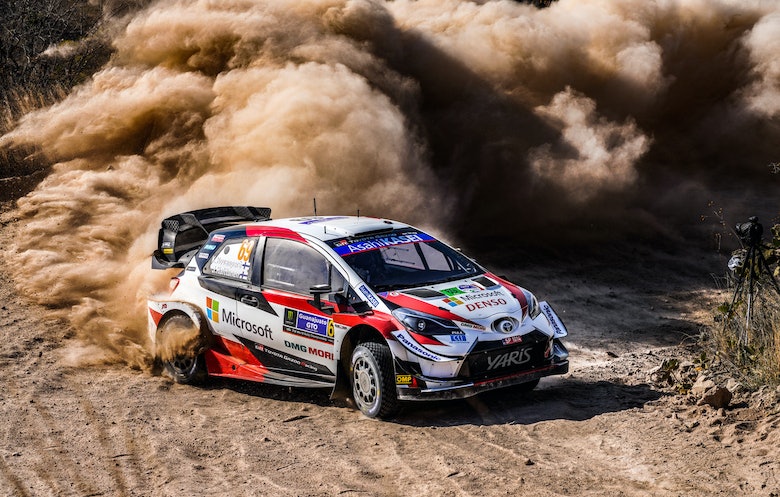 How can the Finn finish one place and more than a minute down on his team-mate Evans and score the same? Simple, this was Rovanperä’s first ever outing in a factory World Rally Car on gravel and what he did in México was, once again, hugely impressive. I’ll be honest, I thought round three might be Rovanperä’s undoing. After showing incredible maturity through Monte Carlo and genuine speed in Sweden, I thought he’d have a crack at continuing that pace in Guanajuato and go off the road.

He didn’t. Instead, he overcame a number of issues, took his time to learn and delivered another sensible and, where appropriate, pacey drive.

A slow puncture on his first ever gravel stage in a factory Toyota Yaris WRC wasn’t ideal, nor were the handling issues that left the car with a wayward rear later in the day. Time-wise on the dirt, the highlight of the event was second quickest on the second run through Las Minas, but fastest around the León street stage would also put a smile on the team’s faces. 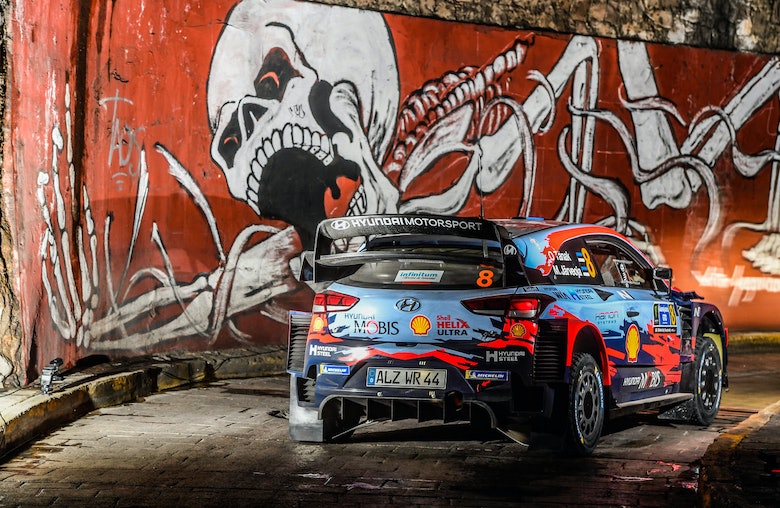 By his own admission, that mistake on Ortega cost him the chance of a win. That he fought back valiantly and edged M-Sport Ford man Teemu Suninen in a close fight for second eases some of the pain at missing out on a potential first Hyundai victory. Tänak made the perfect start, taking 10s out of everybody from sixth on the road on El Chocolate, but then smacked the right-rear of the i20 on the next one.

Quickest on the re-run of El Chocolate in the afternoon, he seemed to lose some of the feeling with the car for the rest of the event. Back on it on Saturday, he was in the top three all day and won three of the day’s nine stages to usurp the Fiesta-driving Suninen by the second run through Derramadero, with three superspecial tests remaining.

The champion looked furious at the “amazingly bad feeling” in Guanajuatito, the first test out of service on the Saturday afternoon loop, but never really expanded on which aspect of the car-surface combination was causing him the issue. Regardless, a second successive second adds to the points tally – though he’s 24 behind Ogier now. 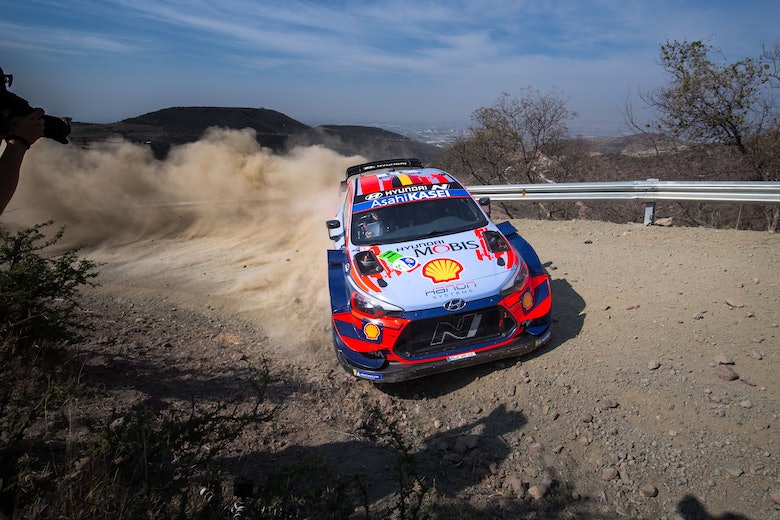 Neuville was brilliant through the brace of crowd-pleasing asphalt stages in Guanajuato on Thursday night, but that was as good as it would get for Neuville in terms of overall standings. His overnight lead disappeared with a disappointing run through Friday morning. Admittedly, he was second on the road, but the i20 Coupe WRC continues to struggle for grip in the looser sections of the first run of stages. Friday was ultimately ruined by an electrical problem, which silenced the car on the second shot at Las Minas.

Back out on Saturday, the electrical glitch mysteriously returned mid-morning. Fortunately this time, a bit of fiddling with the car and he and co-driver Nicolas Gilsoul had the job fixed. Even better for the team, they had it fixed just in time to run directly ahead of team-mate Tänak, ensuring they would sweep the road for him – but not for rival Evans.

Putting this slightly fishy scenario to team principal Andrea Adamo, he fixed me with one of his looks, but conceded that the technical problem was “convenient”. Did he wink or was the sun in his eye? It’s hard to tell. Or is it…

Ultimately, Neuville ended the event on a high with fastest time on four of the last six stages (and he was second quickest on the other two). 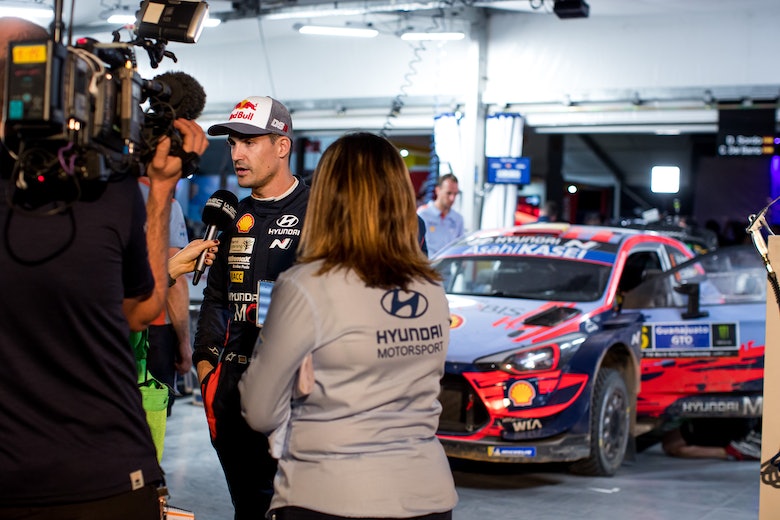 It’s impossible to give one of the nicest blokes in rallying fewer than three. It would be like shouting at a Golden Retriever for not bringing your slippers quickly enough (not that I have a Golden Retriever or a pair of slippers).

And anyway, Sordo’s early bath was through no fault of his own. Like last year, he was let down by his Hyundai i20 Coupe WRC – this time by a radiator pipe that hadn’t been tightened sufficiently. He fixed it himself, drove on, set fastest time on Las Minas (the location of his downfall when the car stopped last year) and then retired on the first Friday afternoon stage with a cooked engine.

Starting his first outing of the 2020 season in prime position at the back of the WRC pack, Sordo was plenty of people’s tip for a third career win. What a shame we didn’t get to see more of the popular Spaniard’s speed. 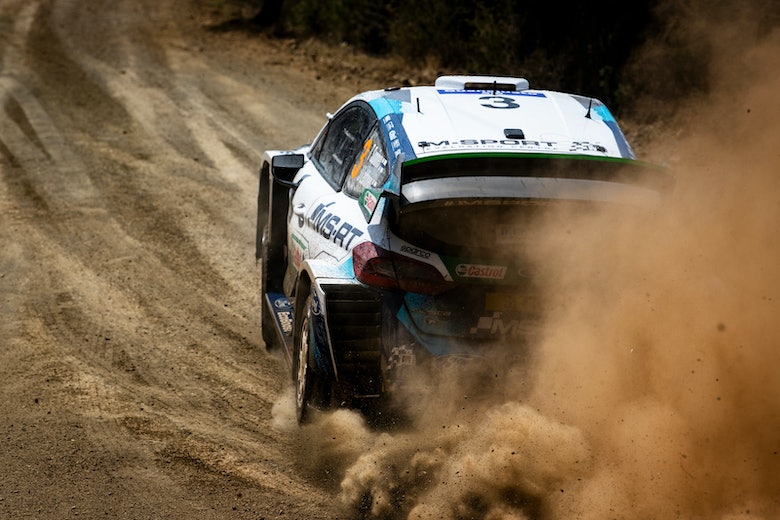 A month ago, Suninen walked away from round two looking a little bit like a broken man. A sizey shakedown spin cost him his confidence ahead of a snowless Rally Sweden. He was nowhere in Torsby.

Team principal Richard Millener promised a rebooted Finn by the time we got to México (not the easiest place to come after he crashed out on the first stage proper 12 months ago) and that’s exactly what we got. Suninen was a class act last week and ran in a podium position for all but one of the 21 stages we eventually enjoyed.

Could he and should he have kept Tänak behind? Possibly, but a spin and a brake problem on Saturday afternoon made the job harder. The good news for M-Sport is that its boy is most definitely back and driving consistently quickly. Now all we need is another rally for him to use this performance to step on from. 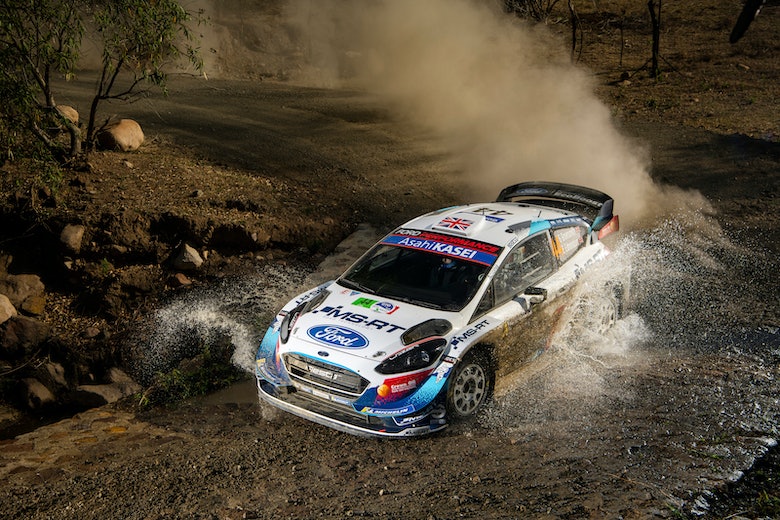 By his own admission, Greensmith couldn’t fathom this one out. Having spent the weeks since Monte Carlo watching Méxican onboards, he arrived in León with a very clear picture of what lay ahead. But once he got onto the stages, he couldn’t translate that knowledge into pace. He was hesitant and simply unable to find the rhythm we know he can find from the Ford Fiesta WRC. Fourth quickest on the final stage was a decent way to end this shortened outing, but Greensmith knows he’s got more speed than this and he knows he’ll find it.

He might well have found it on Alfaro on Saturday morning – certainly that was the intention when he was talking to DirtFish moments before going onto the stage. But the plan to ‘send it’ on Saturday’s second test was nullified when the car stopped with a throttle problem at the start. After more than 10 minutes under the bonnet, life was breathed back into the Fiesta, but any thoughts of sending anything had long since passed. 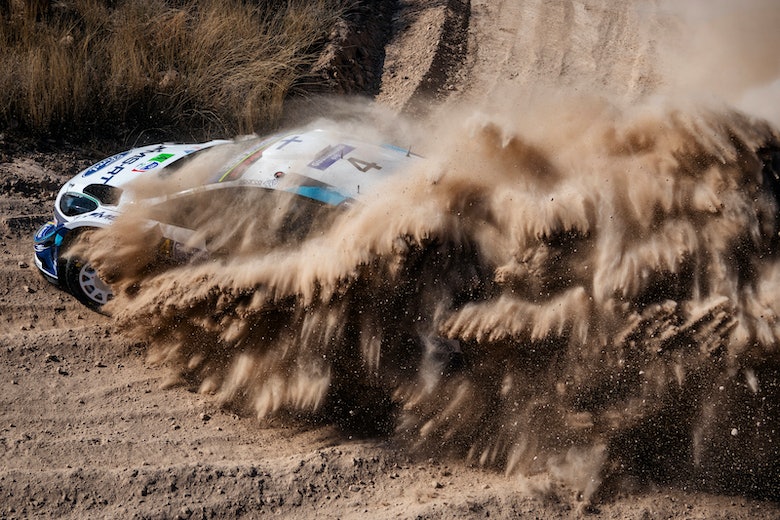 Returned to service after his first two shakedown runs and was delighted with the car. He’d found a transmission set-up which offered immediate confidence under braking without compromising traction coming out of corners. He then tried another set-up and went into the event with it, but struggled to take grip or confidence from this one. Despite that, he was running fourth, just 6.9s off his second-placed team-mate Suninen.

There wasn’t time to change the differential on Friday lunchtime – but that was the least of anybody in the team’s worries when, after the first stage in the afternoon, the car caught fire. Lappi tried to drive away in the hope the airflow would put the fire out (fairly standard practice with flaming brakes), but to no avail. It was well alight and would be burned out not long later.