Kalle Rovanperä was fastest in shakedown for Safari Rally Kenya, ending up half a second faster than Hyundai’s Thierry Neuville.

The 3.35 mile Loldia test was much softer than a lot of the drivers were expecting, and it was Sébastien Ogier who found the grip early on, ending up fastest after the first run.

But the times quickly tumbled as the drivers adjusted to the conditions and Rovanperä’s best effort of 3m42.1s was good enough to set the pace.

Neuville was next quickest while Sébastien Loeb was the fastest of the M-Sport drivers in third.

Loeb was 1.3s slower than Neuville’s best effort, but more importantly, he was a full 2.8s quicker than the next fastest M-Sport driver, Gus Greensmith.

Loeb’s pace is encouraging for the nine-time World Rally champion, who returns for the first time since Portugal, but it will be of greater concern to M-Sport that its regular crews have so far been unable to unlock the full potential in the Puma Rally1.

“It’s good, but it’s really rough,” said Loeb at the end of his first run. “I am not used to this anymore! We are trying to get the feeling and it’s not easy, but I’m happy to be back.”

Rally Italy victor Ott Tänak was fourth fastest, and like the majority of the Rally1 field, he set his best time on the second run through Loldia, while Ogier ended up fifth, having been unable to improve on his initial effort.

But it wasn’t totally plain sailing for Katsuta, with dust entering the cockpit on his initial run.

“Of course, you never know what will happen in this rally,” said the Toyota driver.

“I really need to find a balance where you can push and be very careful.

“It’s never easy. In here it’s quite bad because of the dust – you have no visibility out of the windscreen.”

But once the dust was controlled, Katsuta improved by 3.5s to end up sixth, with Evans managing seventh.

Behind the pair of Toyotas was a trio of Pumas with Greensmith eighth, followed by Adrien Fourmaux and Craig Breen.

Breen really struggled on his opening two runs, finding himself over three seconds slower than his team-mates, but pulled it back slightly on his third run to end up 0.8s off Fourmaux’s best attempt.

However, it later transpired that his lack of pace was due to the fact he had picked up a puncture.

Last year, Oliver Solberg crashed just meters into the shakedown, but he refused to make the same mistake second time around, managing to complete the Safari shakedown unscathed.

He ended up 11th overall, 13.6s off Rovanperä’s pace-setting time, while Jourdan Serderidis, who is making his first Rally1 appearance, was the slowest of the top class down in 13th. 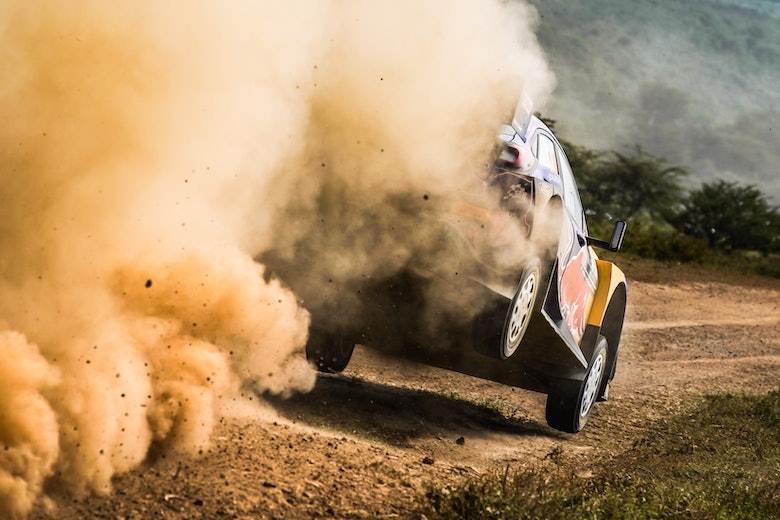