The 19-year-old Toyota Yaris WRC driver became the youngest driver ever to lead a WRC round in Estonia last week. His hopes of a maiden success went south when he suffered a third stage puncture and a minute’s penalty after co-driver Jonne Halttunen removed the radiator blanking plate in an area where it’s forbidden to work on the car.

“I think our best chance to finish in the top two places has gone for this season,” Rovanperä told DirtFish.

“When I went to Estonia, I was quite sure I could be on the podium fighting,” he said. “It was nice to be leading and really in the fight. From my side, I can nothing about the two things that happened to us, but that’s rallying sometimes and it can be like this.

“I won the powerstage [in Estonia], but this is not the same like the win. You need the 25 points to know you have won.”

Unlike fast roads, Rovanperä Jr has limited knowledge of the rougher stages coming his way in Turkey and Sardinia. He’s done those events once apiece and has yet to sample to delights of Belgian asphalt.

Rovanperä has already admitted to DirtFish that he’s found the more technical stages more complicated to acclimatize to in the Yaris WRC. He added: “Let’s see what we can do in the next rallies.

In Turkey the roads are very rough and I think these conditions are generally quite difficult for me. I haven’t done so many rallies like this yet in my career, although I did do Rally Turkey last year in WRC2 [Pro] so I have a little bit of experience of what the rally is like.”

He’s correct in that he knows his speed and where his strengths lie aboard the Yaris WRC. But he’s wrong to dismiss his chances in Turkey next week and, to a lesser extent, on the Italian island next month.

Turkey is one of the last remaining bastions of genuine endurance in the world championship. Marmaris is not a place where you can go and throw yourself headlong into the stages in the way the drivers did in Estonia last week. Do that and it’s doubtful that you’ll see Saturday lunchtime.

Look at Ott Tänak two years ago. He was, by his own admission, nowhere on day one in Turkey. But, one-by-one, his rivals fell away and the door opened for him to take something of a tortoise-type victory.

Does Rovanperä have the experience, maturity and patience to drive that rally? Well, that’s still to be seen, but it’s looking good so far. Yes, the twisty, technical nature of the roads will be difficult for him, as will nursing the tyres and managing the grip beneath him. But he has fundamental speed in a rally car and, if the stars align, a Turkey win could happen.

Pretty much all of the same can be said for Sardinia, just to a slightly lesser extent because it’s not quite so hot.

Ypres is the tricky one. We haven’t really seen enough from him on asphalt, let alone the sort of horribly slippery, leaf-covered, slick Tar we could see in Belgium in November, to make a valued judgement. It would be fair to say he hasn’t exactly shone in places like Germany, where he made a mistake last year and lost out to ŠKODA team-mate Jan Kopecky 12 months earlier.

In summary, on pace, he’s right. He won’t win this year. But this is a mechanical sport where anything can happen and any pacey Finn starting next week in a factory Rally1 car has a shot at success in Turkey. 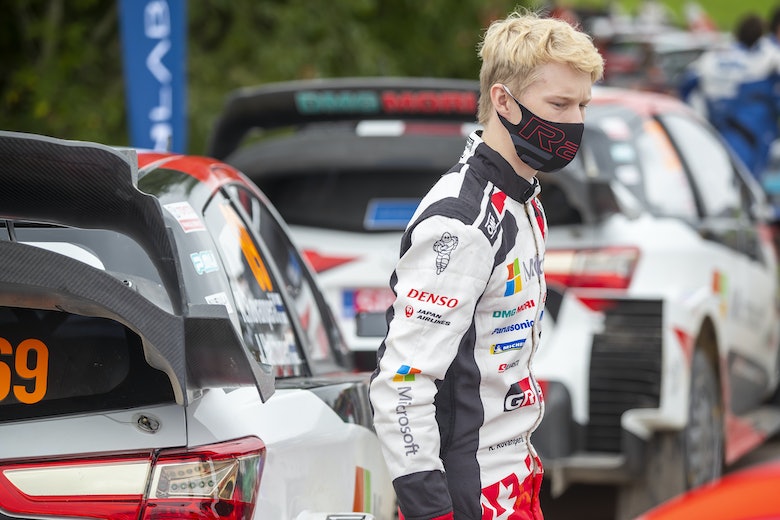 Why Ogier left Estonia both satisfied and frustrated