Rally Finland WRC2 winner Teemu Suninen says he felt “pushed away” by his former World Rally Championship team M-Sport, but his eyes are firmly on the future and rebuilding his career.

Suninen had been sharing the keys to a Ford Fiesta WRC with Adrien Fourmaux this season, swapping between it and a Fiesta Rally2 in WRC2.

But following the Ypres Rally – where Suninen retired when leading after a mistake caused his engine to overheat – Suninen decided to terminate his agreement with M-Sport with immediate effect and soon began engineering a new plan.

Phase one of that plan was an entry on Rally Finland with the same Movisport Volkswagen Polo GTI R5 another former M-Sport driver, Esapekka Lappi, had used to win WRC2 on both Arctic Rally Finland and Rally Portugal earlier in the season.

But Suninen had never publicly explained his decision to leave M-Sport, the team that handed him his World Rally Car debut back in 2017, behind.

DirtFish’s Colin Clark took the opportunity to ask Suninen why he felt it was time for a change after his victory in Finland last weekend.

“Honestly the decision was a bit challenging but I felt a bit like pushed away and I couldn’t test the car, I couldn’t drive and for me that’s the way to get the high level and to become a stronger driver, and that’s what we needed,” Suninen said.

“And now we are achieving it, and right now I can just be happy with the situation where we are.”

M-Sport has made clear through the past two seasons that it was targeting its resources towards 2022’s massive WRC technical rule changes amid the economic challenges of the pandemic and has aimed to get a headstart on its Ford Puma for the new era.

It has signed Craig Breen to lead its driver line-up for that fresh start.

“The situation there [at M-Sport] is quite challenging and difficult, and if they don’t have money for testing or driving then the situation is like that,” Suninen added.

“But yeah, it’s done now and we have to focus on ourselves and keep focused on the future.”

Suninen sees that future back in the top class of the WRC, but can appreciate the merits of competing in WRC2 to rebuild his stock given it’s a tactic that’s worked for several other drivers in the past. 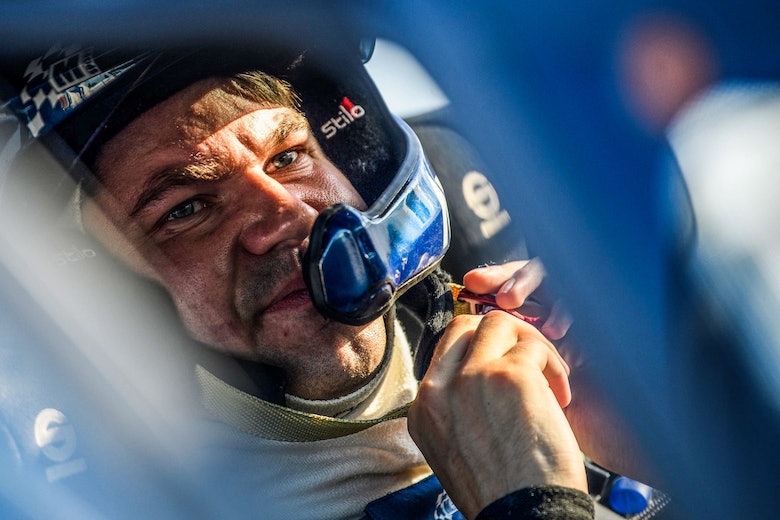 SUNINEN GIVEN HYUNDAI I20 N RALLY2 DRIVE FOR SPAIN

“Honestly I want to do well in the coming rallies, like Spain in the Hyundai is an important rally for me and I want to prove my skills also again with the new car in the new team,” he said.

“Of course I need to take a bit of time again and I have only one test day, but yeah my goal is to get a good place for next year and I’m really happy to drive in WRC2 if we can get good tests and a good program for the coming year.”

Asked if he could still see a Rally1 future for himself, Suninen replied: “Yeah I really do, and now I feel that we have turned the page on the book and I was really enjoying the rallying [in Finland] and really want to work a lot to get good results and to become an even better driver.”