Ott Tänak says “everything” needs to be improved on his Hyundai i20 N Rally1 and that the team is “still far, far away” from its World Rally Championship rivals after the first gravel event of the season in Portugal.

After a strong showing in Croatia where the 2019 world champion reignited his season with a fighting second place, Tänak endured another frustrating rally in Portugal.

He was lying second early on but a lack of comfort with the balance in particular of his i20 meant he soon slipped back, and a puncture on Friday afternoon followed by a driveshaft problem cost him minutes and dumped him down to 10th place.

Tänak came back impressively over the final two days to eventually take sixth and three points from the powerstage, but it was clear from his body language – and comments to the media – that he was far from happy.

Speaking to Estonian media, Tänak claimed that it was “very difficult to take the WRC seriously” as “we have many other very deep problems, this points gap is the smallest of issues at the moment”.

He told DirtFish: “We got our first feedback [about the car’s performance on gravel and] obviously and we are quite far away. Plenty of jobs to do, many things are quite open, so let’s say it was definitely more or less like I, at least myself, expected.

“There was no promising feeling before the rally and it was exactly like this but we managed to do all the stages, we managed to try to learn quite a few different things and maybe we learned something that makes us at least a little bit better for the next rally.”

Asked how far behind Toyota and M-Sport Hyundai is, Tänak said: “Quite far.

“There is everything [to do], many things,” he added. “I guess generally we are just very limited in kilometers and we, let’s say, in these kilometers we should just start the development and we are already doing rallying.

“The car was born very late and that’s how it is. [We] just need to take it from there. There is no other way.”

The real frustration for Tänak is this isn’t a brand-new feeling for him since joining Hyundai in 2020.

Last year’s i20 Coupe WRC had some fundamental flaws too, particularly with the integrity of its suspension, and now the i20 N Rally1 is proving difficult too,

“No doubt it’s quite frustrating,” he said. “Over the years it’s been quite a lot about fighting and it’s definitely difficult to get the confidence you need to do your own job perfectly like this. It is the way it is.”

Asked where he finds his motivation, he simply replied: “There is no other option to be honest.” 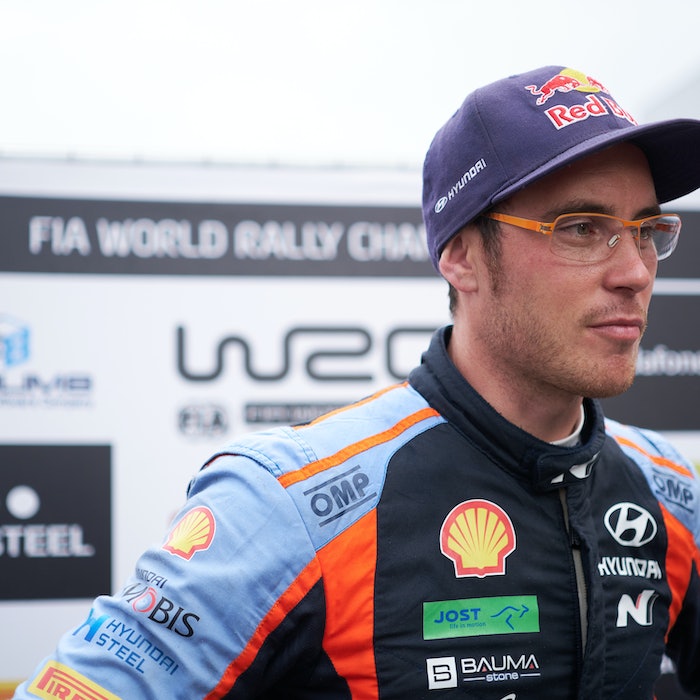 Thierry Neuville wasn’t quite as scathing as his team-mate, but his frustrations were beginning to boil over too.

His Rally Portugal was undone by a wheel and driveshaft issue on the road section to Friday’s final full-length stage, and, unprompted, he pulled his phone out at stage-end and showed the WRC TV camera a picture as evidence to what had happened.

“Look!” he said. “I lost a wheel on the road section, I managed to fix it, but I had a damaged driveshaft.

He had calmed down by the end of the Lousada superspecial but was still incredibly frustrated: “We could have been in the fight for the lead but again we were hit by technical issues,” he commented.

“It’s just frustrating, I cannot do more than this to be honest.”

Neuville was cagier when he spoke to DirtFish at the end of the rally, but when Tänak’s assessment of how much work had to be done was put to him, he admitted: “I would say that. I think I must agree.”

Pressed on what he thinks needs worked on in particular, Neuville responded: “I think Ott gave you this information no?

“There is some work left, yes.”

Neuville did however admit he feels “quite comfortable in the car and the speed is there” which differed from his team-mate’s thoughts.

“There’s definitely something more to take,” Neuville said, “but the good point is that if you’re comfortable in the car.

“But if you’re slowed down by issues, it’s not good.”