Having had a blistering start to this year’s World Rally Championship, it’s no surprise that the spotlight has been centred on Kalle Rovanperä so far this year. But there’s a dark horse lurking in the background – Ott Tänak.

Nobody really saw another Tänak victory coming in Ypres, Neuville was the favorite. But with both Neuville and Rovanperä failing to complete the rally without incidents, the door opened, allowing Tänak to claim his second straight victory, and his third in five rallies.

Heading to Acropolis, it’s Tänak who is now the in form driver. He’s the one delivering the goods more than anyone else.

But it’s not easy for him to keep producing these top level performances, far from it.

“In the powerstages in Finland and here we can see that on pure speed or performance the speed deficit is quite big to the Toyotas,” the Hyundai driver explained to Dirtfish.

“But still through all the rally we are able to pull it together, to bring these two wins home.

“It’s definitely been a bit of a challenge but somehow we managed.”

Tänak is wringing everything he can out of his Hyundai i20 N in order to get the results, but it’s paying off and he hopes his achievements proves to the rest of his team that the car isn’t dead wood.

There is a glimmer of hope beneath the wave of negativity surrounding the car’s competitiveness, but in order for things to improve further, he needs the rest of his team to dig deep and find more performance so that it’s easier for him to do battle with the Toyotas.

And that’s something Tänak isn’t shy about.

He’s got the hunger and the fire, in the knowledge that Hyundai does possess a car capable of being a title challenger if everyone works hard enough.

And when he was asked by Colin Clark if he was happy with the progress and the effort his team is putting in, he didn’t hold back, in the hope it would fire the rest of the team up to deliver the goods. 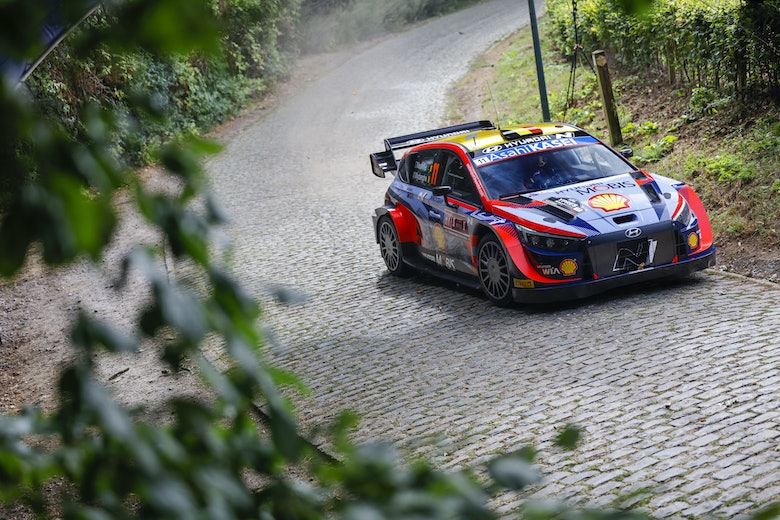 “It’s still clearly a difficult situation in the team and a lot is happening. So you know, we could do a lot more but it just takes some time.

“There is potential and I try to prove it to the team that we could do actually great things if we start doing right things.”