It’s not often my inbox disappoints me. It did on Monday. The source of disappointment? Paris. Slap, bang in the middle. Place de la Concorde. The FIA.

But this time it’s nothing the governing body has done wrong. Quite the opposite, in fact. The FIA has done everything right. My frustration is with the global population of teens aged between 13 and 16. What’s going on with you lot?

I grew up watching with envy as Senna wannabes took to kart tracks around the world to hone their craft and ready themselves for a future in single-seaters. Me? I waited for the winter and the verglas, then headed to my local kart track in search of my own Monte.

I was desperate for some sort of off-road equivalent. Desperate for the opportunity to drive anything with an engine and more than two wheels on gravel.

The closest I got was ‘borrowing’ my parents’ cars and heading for the beach when they weren’t looking. Sand’s great for getting acquainted with the happy stick and developing the ability to drift, but the beach is not a venue overwhelmed with corners. Or cambers.

A CrossCar was the stuff of dreams: a solo beach buggy on steroids. Price aside, what wouldn’t have been for me to absolutely love? Nothing. Just nothing. A CrossCar and the FIA CrossCar Academy Trophy would have been my ticket to channel my inner McRae. My chance to follow Colin to the world stage in the way my F1-fancying friends pursued Piquet and co.

Thanks to Yannick Neuville (and his marginally more famous CrossCar testing, Hyundai i20 N Rally1 rallying brother, Thierry) my dream from days passed is very much the reality.

The FIA CrossCar Academy Trophy is a thing served by a fleet of 690cc Yamaha MT07-engined buggies.

I haven’t driven one yet, but I have driven something very similar. A couple of years ago, my mates Eero Nôgene and Markko Märtin invited Colin Clark and I out to the Kehala Ring to drive their equivalent of a CrossCar. It was without a doubt, one of the finest and funniest days I’ve ever had in the job.

And I genuinely thought I still had a future. It wasn’t, I prided myself, possible for anybody to travel along the same damp mix of Estonian gravel and Tar quicker than I had. That was before Eero’s 17-year-old son Joosep stepped aboard and did just that. And then some. Like a gear (two) higher than I’d been.

So, CrossCars are enormous fun and a key to the future. Which is how I’m astonished that there’s still room in this year’s five-round, turnkey FIA CrossCar Academy Trophy. Yes it’s going to be pricey, but you’re going to be touring some of the coolest RX and autocross circuits in Europe, taking experience from Germany, through the Netherlands into the Czech Republic, on to Italy and concluding in Spain.

Seriously, 13-16 year olds, get yourselves on this via here or here.

It’s time for you to live my dream. 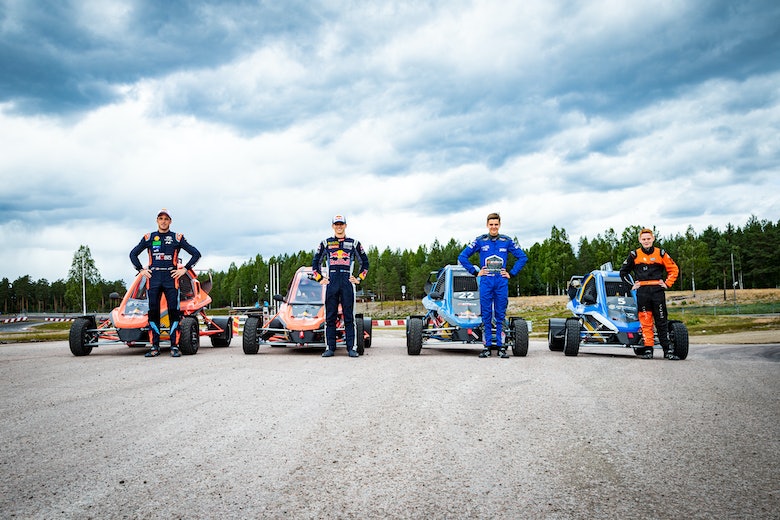 Should WRC crews be able to switch off hybrid boost?