Toyota’s first ever GR Yaris-based World Rally Championship challenger has officially been unveiled during the 2022 season launch in Salzburg.

It was originally supposed to enter a GR Yaris-based World Rally Car in 2021 before coronavirus scrapped those plans, so the rallying division’s first hybrid vehicle has become the first to be based on the sleeker body of the road-going hot hatch.

Toyota’s GR Yaris Rally1 sports a similar livery design to its Yaris World Rally Car predecessor with a white base color featuring splashes of red and black across the car.

But while these are just launch pictures, there are some hints of where Toyota has deviated from its Hyundai and M-Sport Ford rivals in terms of design.

The GR Yaris’ wing mirrors are intriguing for instance; tall and upright in nature as opposed to flatter and longer in width like Hyundai and M-Sport’s designs.

Elfyn Evans and Kalle Rovanperä will both drive for the team for a third consecutive year but they’ll be joined by two different team-mates throughout the year.

Reigning world champion Sébastien Ogier will be in the car on the Monte Carlo Rally but Esapekka Lappi returns to the Toyota fold after three seasons away and is expected to complete the majority of the season.

Takamoto Katsuta will drive another GR Yaris Rally1 for the Toyota ‘Next Generation’ team which will be eligible to score points in the manufacturers’ championship.

Let us know what you think of Toyota’s design in the comments below. 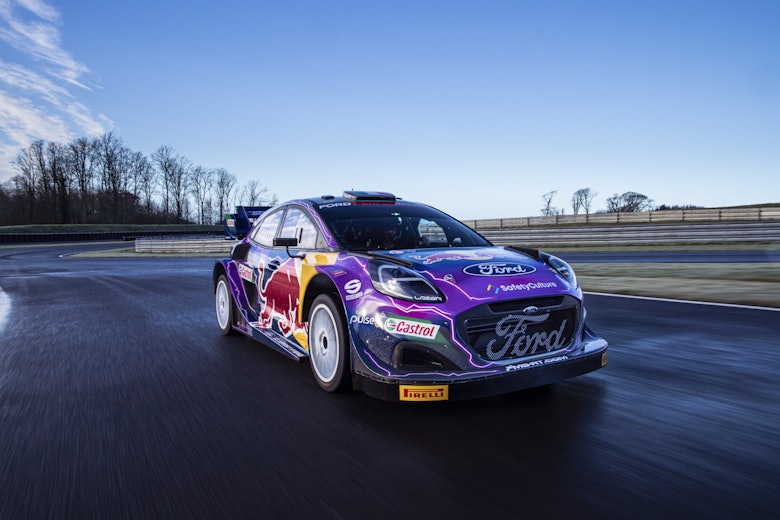 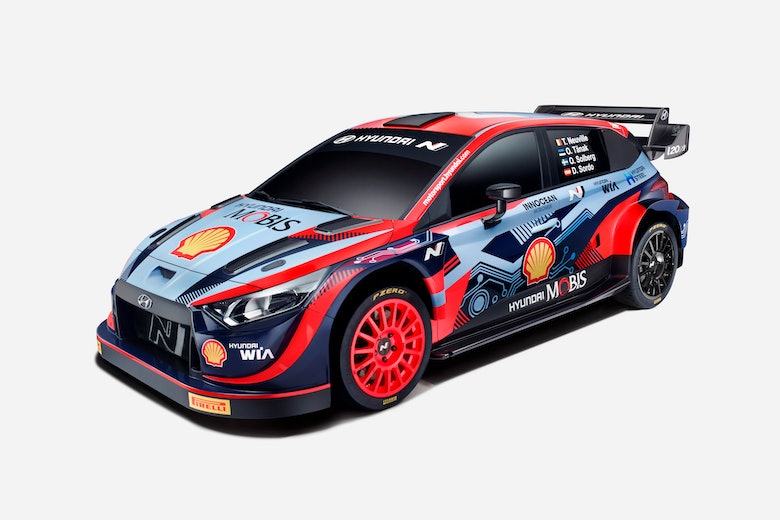